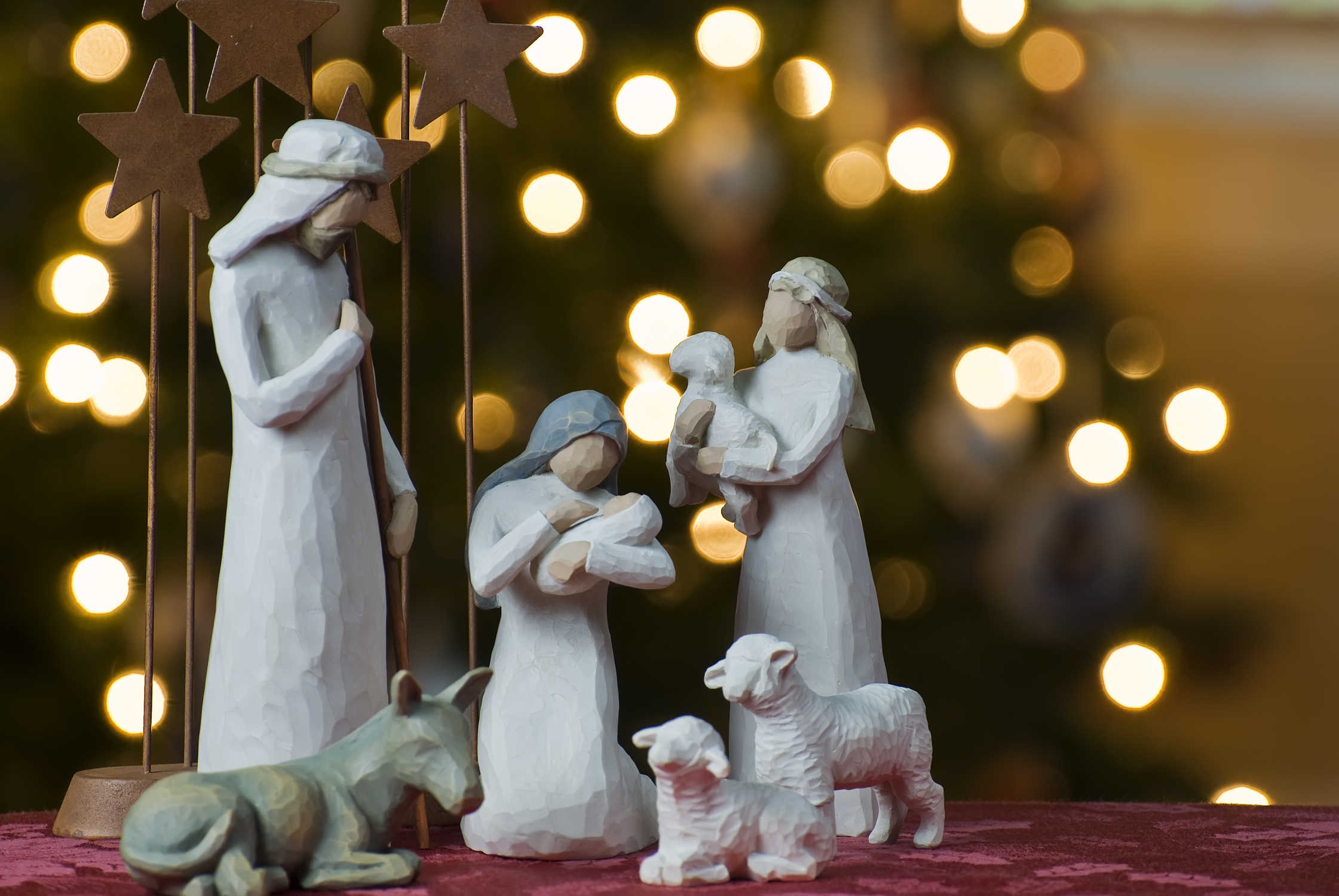 Jesus came small. Too small for some. His arrival to the earth was discovered to those whose hearts were open to something beyond themselves, to people who were paying attention to detail, to some who were just doing their jobs.

It is interesting to me that in coming to earth, Jesus made sure that every area of society was covered. The Christmas story involves the wise, the powerful, and the poor. The men from the east were called wise men; they came bearing gifts and to worship the King of the Jews. The powerful men in the Christmas story are Herod and Temple leaders at Jerusalem.

These political and religious rulers were going about their business when the wise men showed up with news about a king in their midst. There were not happy about this at all. The Roman Empire had one ruler — Caesar, and he was accorded worship as a god. The Jewish leaders knew their Scriptures. They had the answer about where Israel’s King was to be born — Bethlehem, so reads Micah 5:2. The town was just a few miles south of Jerusalem.

The wise saw the star, the powerful got a message, but the poor — the shepherds in the field — got the message in another way. An angelic announcement came to these who were watching their flocks at night. They were working as they always worked, sleeplessly paying attention to a crowd of smelly, unsophisticated animals who could be easy targets for predators and thieves.

The proclamation to the shepherds was straight and true, according to Luke 2, “For unto you is born this day in the city of David, a Savior, who is Christ the Lord … you shall find the babe wrapped in swaddling clothes” (verse 11-12) . Then, the sky came alive with a multitude of heavenly host.

One Star, Many Angels

The wise got one star — and they had to be looking for it; the poor shepherds got a sky full of angels. Jesus said the poor you will have with you always. He is confirming what Moses wrote in Deuteronomy 15:11 — the poor shall never cease out of the land. The complex people had to be ready to see a simple, single sign, the Star of Jacob. The simple people caring faithfully for their flocks, men whose hearts were very near the heart of the Great Shepherd, were treated to a grand display and a direct, pointed message.

The shepherds wasted no time; the word was clear and they left their flocks and pastures, and rushed to Bethlehem to see. To see what? A Baby, an infant Son born to poor woman. How many poor women bore infant sons in those days in that place? Perhaps, there were hundreds of them.

Yes, Jesus came this small and in this seemingly insignificant way.

In Matthew 2, we meet the wise men. Paul wrote in 1 Corinthians 1:26 that not many wise men after the flesh are called. The Scriptures say clearly, “not many,” but they do not say “none wise are called.” The apostle Paul was naturally wise. He still stands as one of the most unique men in all of history. He was a Pharisee of the Pharisees, a classic educated man who knew Greek, and a full-fledged Roman citizen. He changed the Empire with his missionary witness. Not many wise are called, but some are called; and those who answer His call are humble, dedicated people of purpose.

The wise men of Matthew 2 watched the heavens and saw the star. Where did these men travel from? Matthew says they were from the East. The series of captivities scattered the Jews from North Africa to what is now Pakistan and India. Maybe these wise men were doctors of comparative religion. They knew the galaxies and sensed the arrival of something new and different. And they went, seeing the Light, they followed after it to find Jesus.

These men had very good lives, as evidenced by the gifts they brought to the Manger. Not only were these wise men, they were rich wise men. These men heard the Word of God and saw the Star. They answered the call and came with Gold, Frankincense, and Myrrh.

An Understanding of Christ

The gifts themselves revealed an understanding about this newborn King. The gold that they gave was in honor of the His royalty. The other things — frankincense and myrrh — spoke to other parts of the Mission of Jesus. Frankincense was mixed into the oil to anoint the priests of the Tabernacle in Exodus and Leviticus. The wise men chose this gift and it was an honor to the Priesthood of Christ, who would represent all men. Myrrh is the last item mentioned. It was a primary element used in embalming dead bodies. The wise men were discerning about how the King’s mission would go. Myrrh was brought to the Manger, at the birth of Jesus, and it was brought by another wise man to the Cross of Jesus. Nicodemus, in John 19, came with myrrh and aloes to wrap the body of Jesus.

Who did not see? Who are the blind and confused among those in the Christmas story? The rulers — the politically and religiously powerful — these were men of law and ceremony. Christ is written about, there among the commandments and psalms and prophecies. They did not recognize it. The Temple scribes said it right out — “He’s coming to Bethlehem.” Still, they went nowhere.

What’s point of all of this? For us, it is a call to pay attention. Fear the Lord and be wise. There were thousands of stars in the sky, but just one related to the King of kings. Are we watching? Are we looking for Him?

What could pop into a scene of my life? Would I see God in it? A new person? A new opportunity? Would I miss it? The secret is our attention to the Word, I believe.

Consider the Word and be revived. Want to be smart? Consider the Word. Right words rejoice the heart and open our eyes. There it is. Our love for the Word will open our eyes. And, the fear of the Lord is clean, enduring forever. Clean — we all want this. We want the sense of purity. We don’t want anything hanging on to us. The key is our fear of the Lord. This is clean. This abides forever. This works righteousness in our lives.

For more on the coming of Christ, listen to “Identification: Jesus Comes as a Man” preached by Pastor Steven Scibelli of Greater Grace Church in Baltimore.