A Different Kind of King 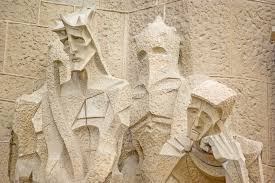 “Do you say this of your own accord, or did others say it to you about Me?”

These words are found in John’s gospel, Chapter 18. They were the words of Jesus to Pontius Pilate, the Roman governor in charge of Jerusalem.

“Are you the King of the Jews?” Pilate had asked. Jesus responded with His own question, the more important question really.

Christ stood before this man, brought there by the city’s religious leaders who wanted Him dead.  The surest way to make His death happen was for them to show that Jesus claimed to be a king, to show that He was a real threat to the Empire and its Emperor, Caesar Augustus.

These leaders — descendants of that well-known trickster Jacob — knew how to get their way. They were experts in how to play the system and rid themselves of those who threatened their privileged and lush lifestyles. And, for the most part, the Roman officials played along with them. When all was said and done, Rome was all about keeping the peace, maintaining order – even if that might cost someone his life.

The words of Jesus surprised Pilate, I think. The governor huffed and puffed and made it a point to mention that he was no Jew and that Jesus’ own people and priests were the ones who had brought charges against Him.

“What have You done?” was Pilate’s next question. It seems he wanted to bring the proceedings down to a more basic level.

Jesus was a problem; Pilate understood this to a degree. His wife had been seeing Jesus in her dreams. She begged her husband not to deal with “that innocent Man.”

“What have You done?” Pilate wanted an out. If Jesus could just give him something he could use to dismiss the situation.

Jesus, however, refused to let Pilate get off so easily.

A Ruler in Truth

“My Kingdom is not of this world,” Jesus told him, bringing the conversation back to the true issue. This world’s kingdoms are all about domination and power, control and cash, taxes and well-ordered societies. The Romans were very adept at this government-on-earth thing. Soldiers and spies were all about. Tax collectors and merchants kept the money flowing.

Jesus spoke of something greater, something bigger than all of these details. He pushed Pilate to confront what was in his own heart and mind. “What do you think about Me?” Jesus, in essence, was saying to him.

“So You are a King?” Pilate answered.

“You say I am a King,” the Savior said. Yes, Jesus was and is the King. Not along the lines of Caesar and Herod and the other rulers Pilate had encountered, but the King, the Witness of all that’s higher, and of all that’s above.

“Everyone who is of the Truth listens to My Voice.” Jesus sent this statement at Pilate like an arrow.

Know the truth, Jesus said to this powerful and yet very weak man. Take the truth and be free (see John 8:31). The Savior talked. His Voice told of the Kingdom beyond all kingdoms.

Could Pilate believe Him? Could Pilate see Jesus for who He really is? Would Truth triumph then and there?

No, it would not.

“What is truth?” Pilate would mutter as he left the room to face Jesus’ accusers.

Pilate heard enough to know that Jesus had done nothing wrong – “I find no fault in Him,” he told the mob gathered before him. He had Jesus scourged and battered – a good measure of blood-letting and the rabble would go home he may have thought.

He thought wrong. He thought the beaten Jesus would be viewed a less of a threat. “Behold, the Man,” Pilate announced. I don’t think he said it with much conviction. It was just wishful thinking on his part. This ruler knew he was dealing with One so, so different.

The Jewish officials, as they pressed the case for Jesus’ execution, actually confirmed the reality of His being: “He has made Himself the Son of God” (see John 19:7).

“Son of God?” These words sent feelings of fright through Pilate. He got in Jesus’ face again: “Where are you from?” he shouted.

Jesus stood silent. This further baffled Pilate. “Who are You? Why are You here? Do You not see that I have authority over Your very life?” the governor claimed. And he couldn’t have been more wrong.

The true Kingdom had come in the Person of Christ.

To the Cross, Jesus would go. Not because Pilate said so, but because the redemption plan of God required that He offer Himself as the Lamb to take away the sins of the world.

What happened in that place was done according to the purpose of God. Christ came to give His life as the ransom for sin, once for all. The “all” included Pilate.

Perhaps, Pilate felt the sense of the Almighty’s presence. Maybe the encounter was going too deep. Pilate claimed to be a man of authority, and so he was. His rule extended only so far, however. Jesus came from above.

To Jesus, Pilate was no mystery. This governor was known by God. The thing Pilate missed here was that he, too, could come to know God for himself – fully, freely, forever.

A Matter of Heart

Many hear and read things about Jesus. They form an opinion based on the conclusions of others. This will not do. We must know Jesus from the heart.

“Who do you say that I am?” was the question Jesus posed to the closest of His followers in Matthew 16. Even Jesus’ disciples had to know Him of “their own accord.”

The country Jesus wanted to conquer at this moment was the one within Pilate. For Christ was and is the King of hearts. This was the point in His coming from Heaven to earth. This was why He took on human flesh to walk not just with us, but to walk like us and as us in order to die for us.

The apostle Paul wrote of this to the church at Ephesus. He prayed that believers there would be strengthened by the Spirit’s power and the riches of God’s glory in their “inner being” (see Ephesians 3:14-18). This power and these riches from above are available to us as they were available to Pontius Pilate.

Jesus is my King. This is the reality that must be rooted and grounded in men.