A Donkey With Something to Say 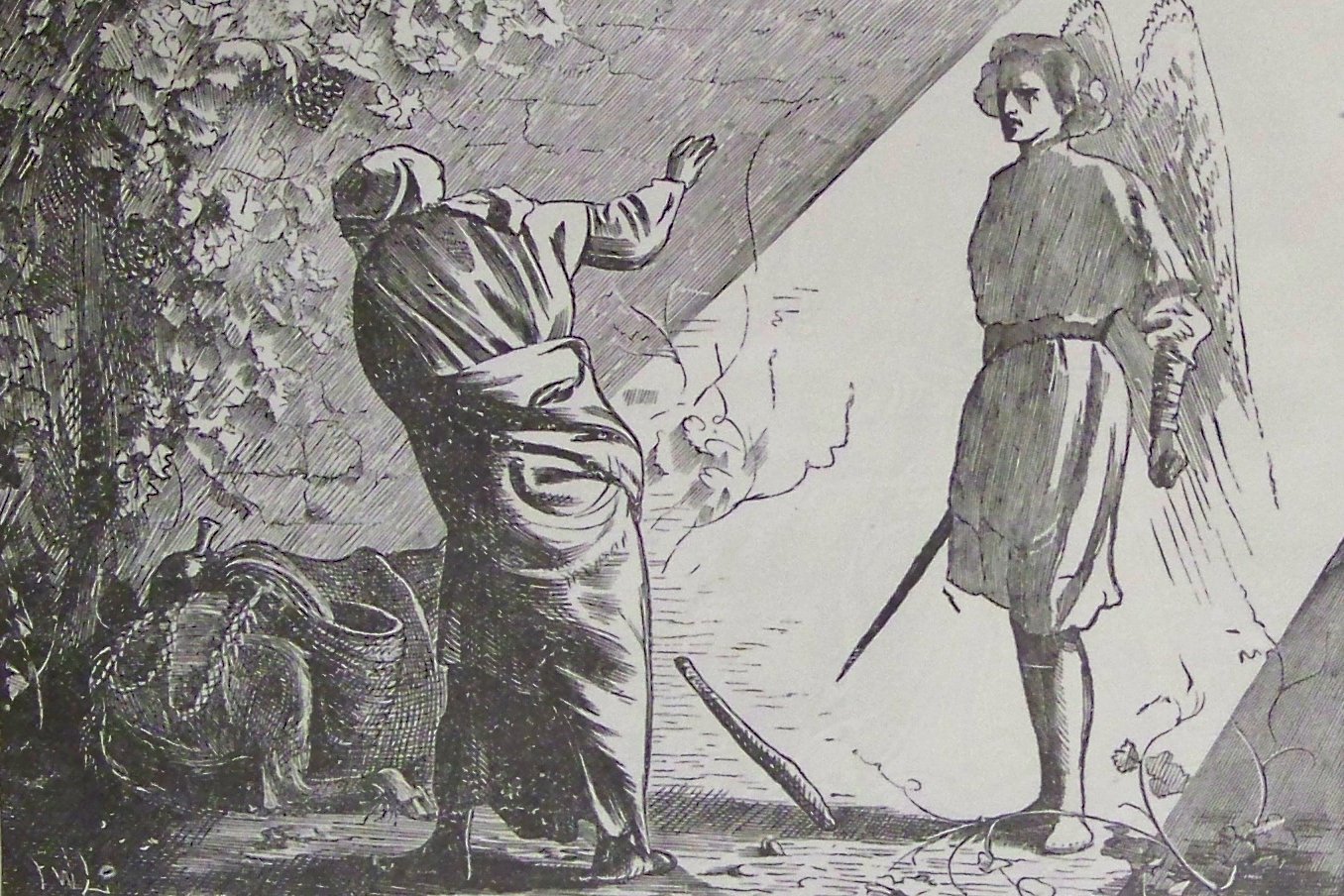 Nature speaks up when she can no longer sit silent. She groans under the weight of what human beings do to her and to each other.

God told us that nature would have something to say. He first addressed this point to Cain. This man had murdered his brother Abel and attempted to deflect his responsibility when the Lord confronted him concerning the deed:   “Am I my brother’s keeper?”

The Lord’s response was this:  “What have you done? Your brother’s blood cries to Me from the ground.” He proceeded to tell Cain that the soil that he had so dutifully tilled and managed would no longer yield “her strength” to him.

Wired into the rule of Creation is this interrelatedness of things. The blood of innocent Abel trickled into the dust, but its presence could not be hidden in the dirt; its ability to communicate could not be buried. From that very dust the voice of Abel spoke.

What did Abel’s blood say? I think that his blood cried for justice. The testimony reached the ears of the Lord, and He came to investigate the crime behind the shedding of it. The earth herself recognized the blood; and just as God told Cain, she now resisted cooperating with the work of the one who had shed it.

This passage from Genesis 4 seems to represent a significant definition regarding our planet and the ways of its operation. The earth responds to the things that happen here. Some of these reactions are quick, powerful, destructive outbursts, such as earthquakes, eruptions, hurricanes, tornadoes, floods and the like.

Many attempt to attach a rationale behind these phenomena of nature. Pantheistic and pagan religions view these events as evidence of offenses done to gods and goddesses who rule over the mountains, hills, skies, and seas. Scientists attribute some of these things as effects spawned by human activity – and to some measure this is true, especially as it regards things such as pollutants and overharvesting and overplanting in certain ways.

Balaam and His Business

Other reactions by nature are more subtle, like the ones that involved Balaam and his female donkey. In this story, the animal saw things that the soothsayer did not.

The story comes to us in the book of Numbers, chapter 22. The children of Israel are marching through the wilderness. They’ve been delivered from Egypt by God’s mighty hand, evidenced through a series of plagues upon the land of Pharaoh.

Now they approach the territory of another empire in the region, that of Moab and Midian. King Balak had heard of the supernatural wonders that accompanied this people, who at this point were without a place to call home.

This ruler sought to gain his own supernatural advantage. He turned to Balaam, a man who’d become renown for the curses he conjured. For the right price, this man seemed able to work magic and make things happen. Balak sent messengers and money and the promise of great honor to Balaam. “Come and work your wonders for me” was the message from the king.

The interesting thing here is that Balaam met the men and sought God about the matter, and the Scriptures tell us that the Lord spoke to him. The fact that the Lord even spoke to Balaam strikes us as odd. We find so little to recommend about this prophet for hire.

Why would God talk to someone such as this? There are a number of places in our Bibles where we read of the Lord showing Himself to people who classify as outsiders to His covenant.

In Genesis alone, He revealed Himself via dreams to Pharaoh of Egypt, Abimilech of the Philistines, and Laban the uncle of Jacob. And remember, God sought out Cain in the aftermath of his violence. He operates according to His sovereign purposes and not along our limited designs. His ways are unsearchable and past finding out. Our place is to see Him at work in all of His glory, as He fashions things together.

A Donkey Saves a Life

Let’s zero in on the first part of the Balaam story. He heard from God and was told to dismiss the Balak delegation and so he refused to travel to Moab. End of story, right? Wrong, Balak assembled a more illustrious collection of ambassadors and sent them to Balaam.

Balaam received this group and again asked counsel of the Lord. This time, God gave him permission to go. Knowing the payday that awaited him, Balaam saddled up his donkey, posthaste, and hit the road.

Further tests from the Lord awaited Balaam, however. He was surprisingly blind to what was going on around him. This man was advertised as being in tune with the spiritual elements that are all around us, but he failed to discern the presence of the Lord.

God’s angel, sword drawn and ready to strike, had positioned Himself on the path before Balaam. Here’s where nature, active in the eyes of a lowly beast of burden, brought forth a revelation to this man of the world.

The donkey saved him from disaster three times. First, the donkey saw the Angel and His sword, jumped the path, and ran across a field. Balaam retrieved the animal, got her under control, administered a beating, and set out again for Moab and his mission to curse Israel.

Nature is not mocking us; she’s trying to help us see. Like Balaam’s donkey, she’s been made to say something in order to open our eyes. Click To Tweet

Next, these two advanced to a place where they were stuck in a tight spot between walls. The donkey again saw the Angel. This time she bucked and smashed Balaam’s foot against the stones. Another smiting was visited upon the animal and Balaam climbed aboard and told her to “giddy up.”

The way before these travelers narrowed even more, and the Angel of the Lord now stood inches away. The donkey did the only thing she could do. She laid herself down. Balaam lost it and began to beat the beast with his staff.

And then came the conversation: “What have I done to you that you have beaten me three times?” The question was posed by the donkey, whose mouth the Lord had opened.

The weird thing here is that Balaam, without hesitation, answered the animal. “You mocked me,” he said. “And if I had a sword, I would have killed you by now.”

Oh, the things that bad temper will prompt a man to say and do. Also, just imagine what went through the minds of those with Balaam as they saw him talking to his beast, especially when the donkey began to reason with her master.

In these days, we are watching and feeling the effects of nature. Something is being said to us through God’s Creation. Balaam couldn’t see the position he had put himself in, but his donkey could see what was coming and saved his life.

The trends of the world have rolled along through the years seemingly unhindered. A virus has brought everything to a halt. All that we knew has been thrown into question.

Nature is not mocking us; she’s trying to help us see. Like Balaam’s donkey, she’s been made to say something in order to open our eyes.

Let’s listen and recognize the Presence of God.