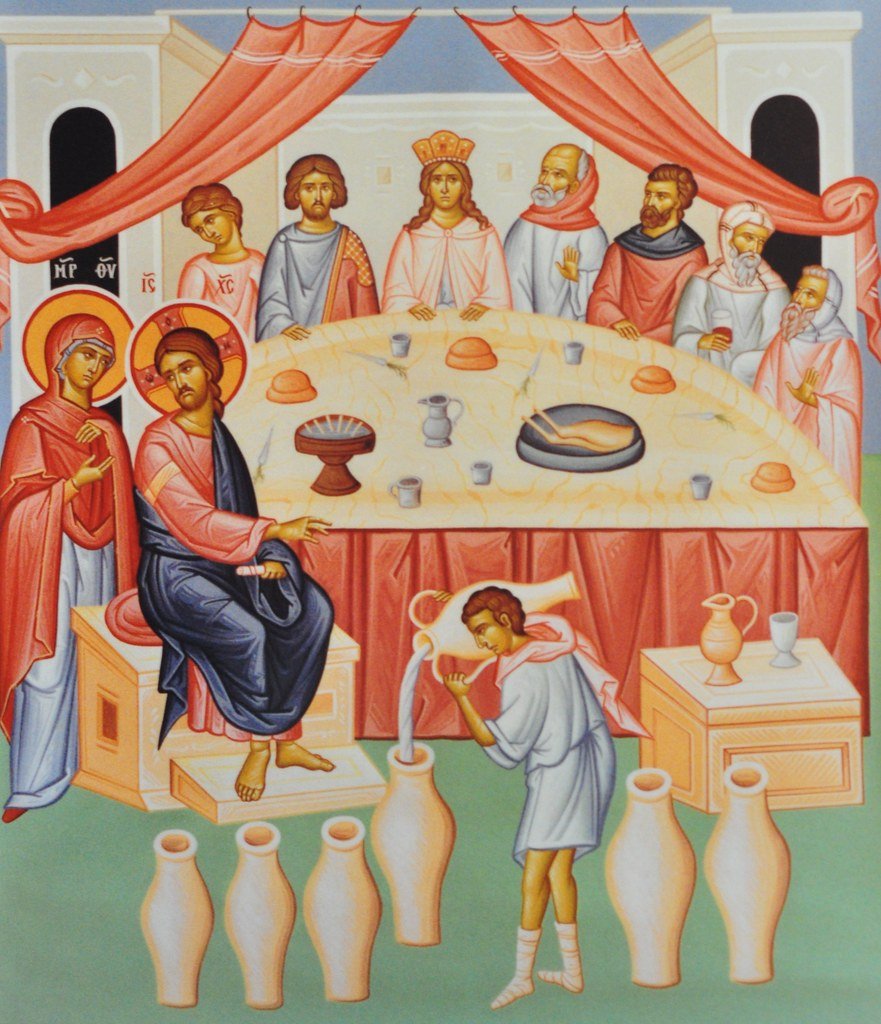 It is no coincidence that Jesus’s first miracle was performed at a Galilean (Cana) wedding. The wedding was the most important event taking place in the Galilean villages of Jesus’s day since it was to be celebrated by all. The entire church age as defined by the new covenant established by Jesus at His first coming is predicated on the traditional wedding feast of the first century. By examining the elements of this wedding, the believer in Christ can begin to appreciate the sanctity of the relationship with Christ, His completed work and His promises.

Chosen by the Father

The betrothal period is a reference to Jesus’s first coming while the wedding feast is a picture of the Marriage Supper of the Lamb (Revelations 19:7-9), to occur shortly after His return for His bride (the rapture). The father of the bridegroom is God the Father, who “chose us in Him before the foundation of the world, that we would be holy and blameless before Him” (Ephesians 1:4). We become the chosen ones when we accept the cup of the new covenant (salvation by grace through faith) during the betrothal period. The disciples drank of this cup of the new covenant at the Last Supper. At the same time, Jesus (the bridegroom) said, “for I say to you, I will not drink of the fruit of the vine from now on until the kingdom of God comes” (Luke 22:18). The dowry represents the promise of eternal life for all of those who accept the cup of salvation (John 3:16).

During the time period between the betrothal and the feast, the bridegroom will be preparing the new home for his bride as John 14:2-3 says, “In My Father’s house are many dwelling places; if it were not so, I would have told you; for I go to prepare a place for you. If I go and prepare a place for you, I will come again and receive you to Myself, that where I am, there you may be also.” He then waits for his father to tell him when to go get his bride. In Matthew 24:36, “But of that day and hour no one knows, not even the angels of heaven, nor the Son, but the Father alone.”

The signs of the times

At the same time, the bride is preparing for the wedding ceremony, finding the needed linens for the dress. This speaks about the believer following the apostle’s instructions, “not as in my presence only, but now much more in my absence”, working out his salvation with fear and trembling (Philippians 2:12). As the signs of the times suggest Jesus’s return is near, he is “on the alert, for you do not know which day your Lord is coming” (Matthew 24:42). Jesus challenged His disciples in this passage to be ready.

At a time determined by the Father, Jesus will return for His bride, “For the Lord Himself will descend from heaven with a shout, with the voice of the archangel and with the trumpet of God, and the dead in Christ will rise first. Then we who are alive and remain will be caught up together with them in the clouds to meet the Lord in the air, and so we shall always be with the Lord” (1Thessalonians 4:16-17). The bride of Christ are those both alive and dead at His appearing. Just as the bridegroom carries his bride to the wedding chamber, so the bride of Christ will be “caught up together” in the clouds.

The oil and the Holy Spirit

It was important that the bride and her maids to make sure to have oil to light the lamps. The oil is a reference to the anointing and the Holy Spirit. For the bride to be allowed to enter the chamber, she needed the oil of the Holy Spirit. The message that Jesus gave to His disciples in Matthew 25:1-13 about ten virgins speaks to this principle. Five of the ten virgins were prudent to bring flasks of oil while the others did not. Only those with oil were allowed into the wedding feast. A Galilean wedding would last for seven days, so the door would be shut for seven days. This speaks of a pre-tribulation rapture since, in this context, the seven days represent the seven year Great Tribulation. Jesus warns His disciples in verse 13 to be on the alert. There are a number of interpretations about who each of these two groups of virgins are, but my conviction is that the prudent virgins are true believers in Jesus, having received the Holy Spirit as a promise (Ephesians 1:13-14) while the others are the Jews, who were not yet willing to recognize Jesus as their Messiah. They will get another chance during the Great Tribulation.

As believers in Christ, His bride, we are challenged to realize that our future home in heaven is being prepared and He is coming soon to receive us so that we can begin to enjoy all the blessings promised to us as new covenant believers, including an inheritance. Preparation requires us to be ever conscious of His imminent return as Titus 2:13-14 encourages, “looking for the blessed hope and the appearing of our great God and Savior, Christ Jesus, Who gave Himself for us to redeem us from every lawless deed, and to purify for Himself a people for His own possession, zealous for good deeds”.