A Prayer for His Own 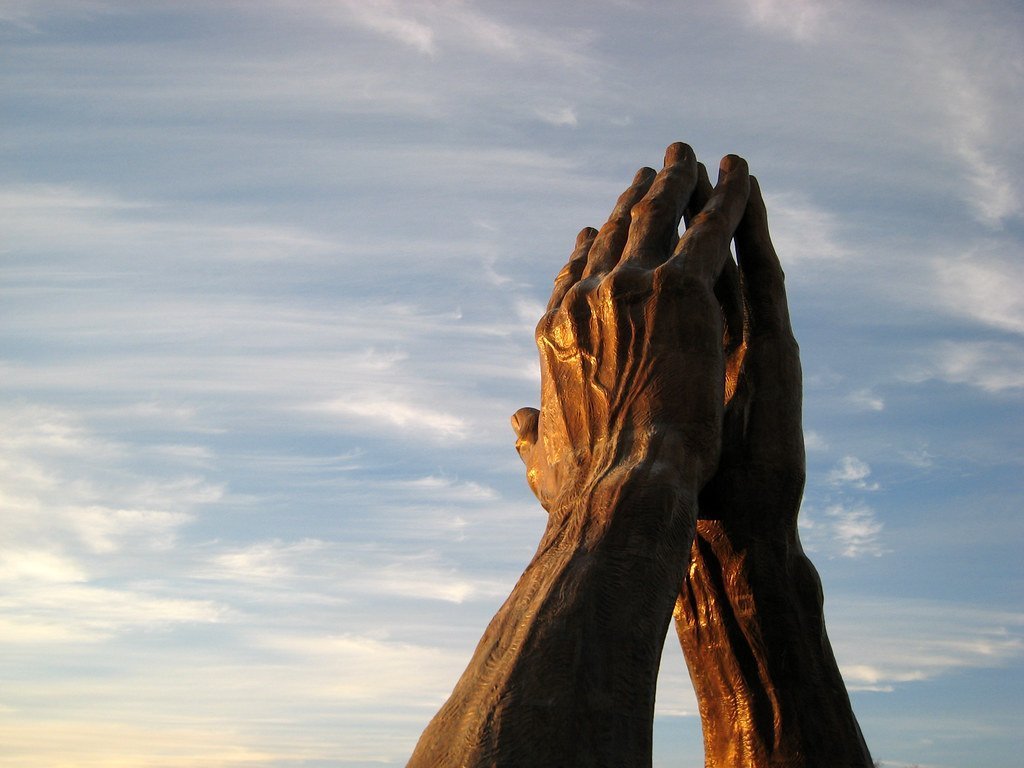 Jesus’ great prayer for His own is what we find in John 17. This was a major moment in a night like no other on earth.

The disciples’ Passover time with their Rabbi began ordinarily enough. They ate the supper as these Jewish believers had done since their childhood. They remembered another night like no other, a night when the Lord struck down the firstborn in Egypt, but preserved alive His people who obeyed His command to paint the blood of a lamb around their doors. There were songs and prayers; it was a feast commemorating the delivering power of God.

And, then, everything changed.

Jesus got up from the table. He stripped down and took up the garb of a house servant. To their shock and awe, He washed their feet.

This all went on before He started talking to them in a way that they had never heard Him talk before. Words flowed from Him about serving and forgiving and love – yes, love, the key to all that they would do in His Name. He spoke of going away and of the Comforter He would send to them. He told them of troubles to come, of how they would be hated and despised on account of Him. There were sentences about the Father and how they could talk to Him in His Name.

As this time in the Upper Room drew to a close, some of the Apostles, I am sure, were still staring at their feet. He had touched them all as no other teacher touched his followers, with water and towel.

It all seemed so topsy turvy to them. But nothing about Jesus made sense to the natural mind.

“Be of good cheer, I have overcome the world,” He exclaimed.

With those words, the Savior looked up. And He began to pray.

This prayer was something wonderful. It was a prayer full of declarations and promises. It was a prayer prayed in absolute confidence and authority. He talked to the Father so that these would hear the great reality of His Person and of their futures.

His words began with an expression of the eternal nature of His being. He then moved on to talk of the present realities that would affect His followers. He closes His prayer by speaking of what’s to come. That is, the way the ministry of the Apostles would affect the world in the future.

He first stated His identity as the Son of God. Glory, power, eternal life – all of these things come from “the true God” through “Jesus Christ” whom He sent, according to John 17:3. This is the only time in the Scriptures where Jesus announces Himself to be the “Christ.”

His work now finished, He anticipated His return to full glory, something that was with Him and the Father “before the world was.” He had never lost this glory. He only clothed Himself with the flesh of man to fulfill the purpose of salvation.

What excitement must have filled the Lord at that time! The days of His humanity had not been easy days. And yet He had stayed true to the purpose and plan of redemption; an eternally crafted plan that had to be lived out nonetheless. There were days of sweat and tears, and another agonizing night and day yet to come.

He glorified the Father on earth as His life revealed the character of God in every detail. And now He was with those who had received Him and His message and believed it.

The seed of this close, personal, constant fellowship between Jesus and His followers was about to fall into the ground and die. It had to die; otherwise the fruit would be small. Click To Tweet

They have seen Him, but the time was coming when they would see Him no more. His physical presence on earth was about to end.

The sanctifying truth would remain, however. The Comforter, the Holy Spirit, would come and fill them and guide them. They would be divinely equipped for the mission to be given to them.

The seed of this close, personal, constant fellowship between Jesus and His followers was about to fall into the ground and die. It had to die; otherwise the fruit would be small. It had to be this way. Something bigger, something more was coming – we were coming, as we read in the last part of Jesus’ prayer.

An Eye to the Future

“I do not ask for these only, but also for those who will believe in me through their word, that they may all be one, just as you, Father, are in me, and I in you, that they also may be in us, so that the world may believe that you have sent me ” (John 17:20-21).

The hours after this prayer were torturous – Gethsemane and Calvary, the garden and the Cross. Jesus got arrested, tried, and crucified; the Apostles ran scared, scattering from Him. Jesus, in His prayer, takes His disciples and us beyond all of this; He unveils the true meaning of His coming.

“Bless these who are with me now, but also bless those who hear of Me from them,” He prayed.

Even then, we were on the mind of Christ. He knew the power of the witness. He understood the eternal nature of the Gospel. May the final words of this prayer be our meditation.

“O righteous Father, even though the world does not know You, I know You, and these know that You have sent Me. I made known to them Your name, and I will continue to make it known, that the love with which You have loved Me may be in them, and I in them” (John 17:25-26).

From the Apostles down through the ages, all who have believed upon the Son are One in Him.