A Reflection on the Moon 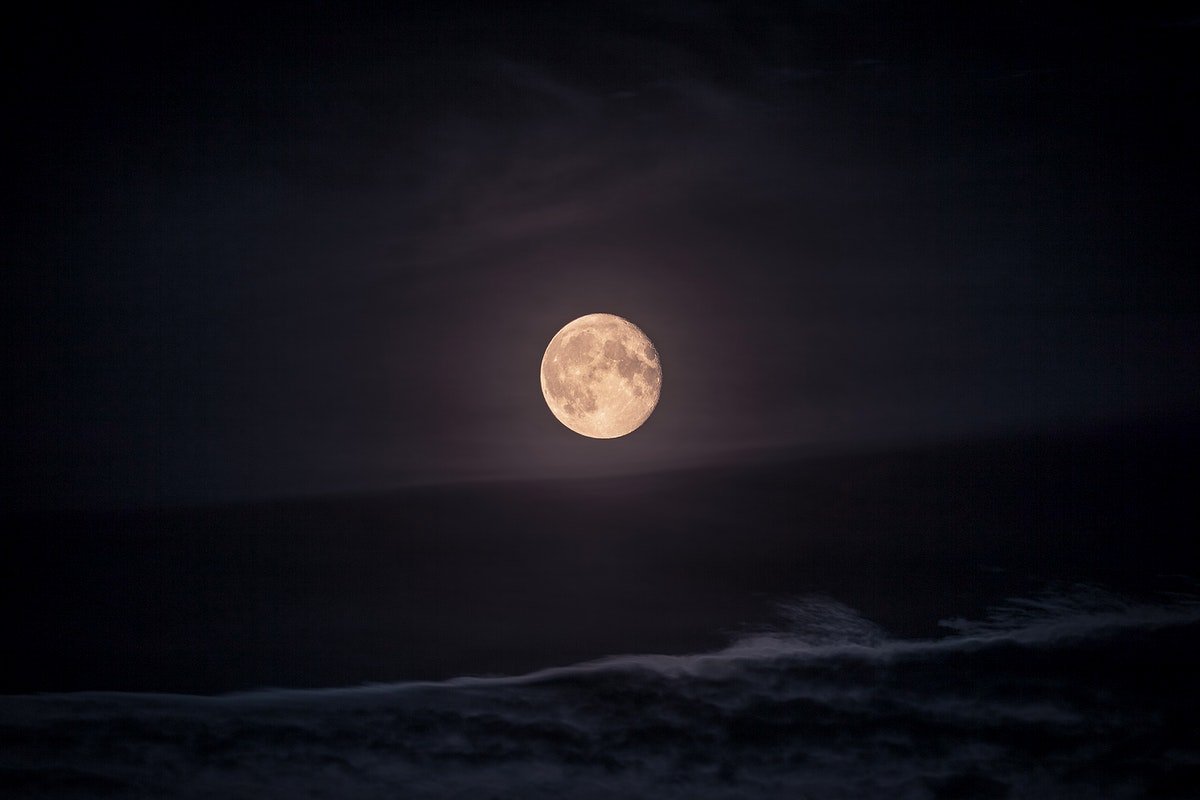 “When the moon hits your eye like a big pizza pie, that’s amore. …”

Those are lyrics from an old Dean Martin song. And when the moon hits my eye, I have to say I do get a bit giddy. I revel in the feeling that comes to me at the sight of a bright, big full moon.

I am a man of the moon as my family can tell you. I have actually scheduled vacations to Ocean City based on the readings I got from the moonrise/moonset calendar that happens to be easily accessible via the internet. And my kids gave me a telescope last Fathers’ Day, just so I could get a closer look at the craters, etc.

The hunk of whatever it is that orbits our earth captivates me. This fascination has increased during the past few years, but really it’s been with me for most of my life. This came about I think because I was into astronauts as a lad, and there were a lot of kids like me during those years – the mid to late 1960s.

There was a space race going on between America and the Soviet Union. Which nation would be first to put a man on the lunar surface – that was the big question. It was a challenge the U.S. answered in July 1969 when Neil Armstrong touched his boot to the Sea of Tranquility.

These days I marvel at the sight of the full moon, especially when it rises over the water. On these occasions, the moon dominates the horizon for a few moments as a huge orange orb. It takes my breath away.

I could go on and on in this vein, but I won’t, except to say that the moon is where it is because God put it there. And so I think there are spiritual applications we can draw from what I see as a most interesting chunk of Creation.

The Work of His Fingers

As with all things that He made and set in order, the moon serves the Lord and communicates the reality about Him as Light and the Giver of Light. We see this in Psalm 8:  “When I look at your heavens, the work of your fingers, the moon and the stars, which you have set in place, what is man that you are mindful of him, and the son of man that you care for him?” (Psalm 8:3-4).

When it comes to the throne of David and the Son that shall eventually sit upon it, this is what is written to drive home its glory:  “[David’s] offspring shall endure forever, his throne as long as the sun before me. Like the moon it shall be established forever, a faithful witness in the skies” (see Psalm 89:37).

The moon generates no light of its own. It is a reflector of the sun’s rays. Its position relative to the earth and the sun determines what we see in the sky. Click To Tweet

The moon generates no light of its own. It is a reflector of the sun’s rays. Its position relative to the earth and the sun determines what we see in the sky. At various points, the moon is eclipsed – that is when the earth comes to sit fully between it and the sun. As a result, the eclipse gives the moon an orange-ish color, a phenomenon known as a “blood moon.”

Therefore, we could view the moon as something that illustrates our life with the Lord. When the world gets between us and the Son, the Light is eclipsed — we become discolored, bloody even, if we permit the state of our spirituality to stagnate under carnal influences.

The moon’s face is one that is fixed toward earth and the sun – it doesn’t turn upon an axis as our planet does. Like the moon, we should be fixed with our face set toward the Son.

When we allow ourselves to receive the unfolding of His words, light is given to us and it even makes our face to shine” (see Psalm 119:130). Moses carried the tablets with the commandments and his face was aglow like the moon; he carried a brightness that frightened the Israelites who beheld him (Exodus 34:29). The Word and the Presence of God did this for him.

The moon has its phases and every month there is a time when the moon seems hidden from view.  It also has its far side, the seemingly shadowy half that is set away from the earth’s view.

How does this relate to us? We often find ourselves walking in and out of the light. We do possess a sin nature, a dark, carnal disposition that Paul made note of in Romans 7:  “…I see in my members another law waging war against the law of my mind and making me captive to the law of sin that dwells in my members” (Romans 7:23).

Paul, thankfully, did not leave things there. He declared the important conclusion that the redemption of Christ opened the way for us to escape these dark influences. By Him, we no longer have to be weighed down by our bodies of death in condemnation, shame, and fear.

Rather, we may pray these great prayers:

“Make your face shine upon your servant, and teach me your statutes” (Psalm 119:35).

This is our God; the One who looks upon us and calls us to look upon Him. We are to walk in the Light and be the Light.

It’s important for us and it’s important for all of those around us. Jesus said it in His Sermon on the Mount:  “You are the Light of the world … Let your Light so shine before men. …” (See Matthew 5:14-16).

The dark times are sure to get darker as we get closer to the day of His coming. The enemy knows that his time is limited and he contrives more and more ways to confound and confuse people. The agitation and activity of Hell has its limits. And no amount of darkness can swallow up the Light. Even a flickering candle can be detected from distance.

We need to let the Light of God shine from us. We need to be like big, bright full moons in winter skies.