A Song, A Dream, A Promise 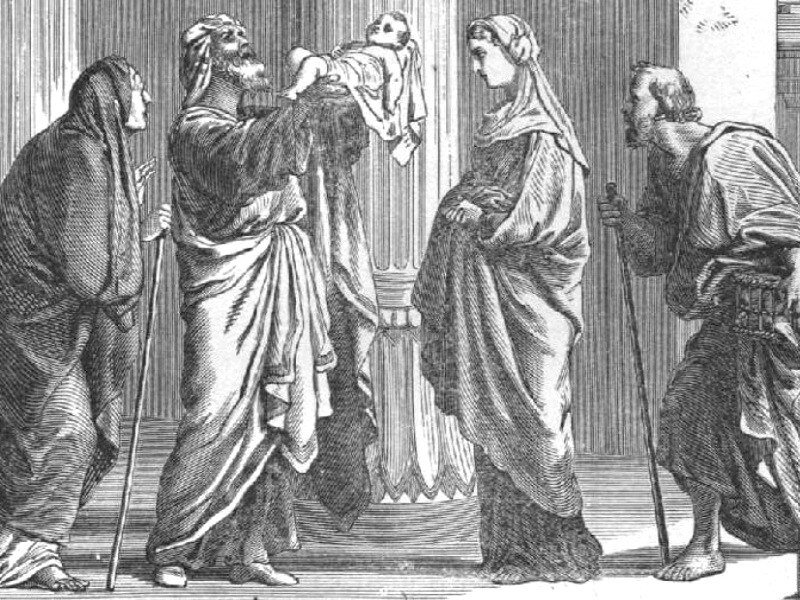 A girl got a song.

A carpenter got a dream.

A just and loyal old saint got a promise from the Spirit.

All of them are part of the Christmas story. And each one shows us something important about the way of God in this world.

Let’s first look at the aged man named Simeon from the account in Luke 2. He was a man of expectation. There are always such people among us. The Bible makes this clear.

Periods of turmoil come and go. Any look at the record of history should make this obvious to us.

Early in Genesis, we read that the world and its residents, which had been created good, good, and very good in the eyes of the Lord, had become profane and debased in mind and heart. So wicked was life on earth that it caused God to grieve to the point of considering its total destruction.

There was Noah, however, and his family. He found grace and the Lord instructed him to build an ark for his people and sent the Flood to wash all the others away. Through this faithful follower of God, humanity got a restart.

Simeon was of Noah’s kind. A watchman, he was. He had heard from the Spirit that his days on earth would not end until “he had seen the Lord’s Christ” (see Luke 2:26).

I imagine Simeon with wide open eyes and discerning ears. He surveyed the streets of Jerusalem on his walks to the Temple. He listened closely to the conversations for he knew that his faith had “come by hearing and hearing by the Word of God” (Romans 10:17).

The Spirit guided Simeon’s steps to the Temple just as Joseph and Mary arrived with Jesus. Born eight days earlier, this Firstborn was to be presented by the parents to the Lord according to the order of the Law.

Poor ones from Nazareth were they, and as such, they could only afford pigeons to confirm their offering of this Son. Those looking for the Messiah were expecting a grander entrance from Him, one fit for royalty.  Nathaniel, the Apostle, expressed thoughts of Jesus representative of the mood among the Jewish people:  “Can any good thing come out of Nazareth?” (See John 1:46).

Simeon refused to judge by appearances, however. He believed and knew at once who Jesus was (and is forever) – the salvation of God prepared for all people and the true glory of Israel (Luke 2:30-32). He took the baby Jesus into his arms and blessed God. I can see this old man singing, “He is here, Hallelujah; He is here, Amen.”

This ancient man of God revealed his humility. He rejoiced at the presence of Emmanuel, though He came small and to the home of a poor, worker’s family.

Simeon’s words were marveled at by Joseph, another man of humility and faith and obedience. The story of Mary being impregnated by the Holy Spirit became a cause célèbre and scandalous news around his town. And yet Joseph loved Mary and sought to dissolve their betrothal contract in quietness so as to shield her from added disgrace.

As he slept on this decision, this carpenter got his visitation: “… an angel of the Lord appeared to him in a dream, saying, ‘Joseph, son of David, do not fear to take Mary as your wife, for that which is conceived in her is from the Holy Spirit. She will bear a son, and you shall call his name Jesus, for he will save his people from their sins’” (see Matthew 1:20-21).

Joseph took Mary as his wife, though she, a virgin, carried this Child. He treasured his promise from God despite the difficulties associated with it. Things would never be easy for this couple into whose home the Son was born. Click To Tweet

Joseph took Mary as his wife, though she, a virgin, carried this Child. He treasured his promise from God despite the difficulties associated with it. Things would never be easy for this couple into whose home the Son was born. Joseph, I believe, listened carefully as Simeon blessed them. With the blessing came also a warning about days of pain and sorrow that were to come.

The somber words of Simeon were directed mostly to Mary. She would have her heart shredded as she watched the way of the Son. She nursed Him. She mothered Him through His adolescence – losing track of Him one Passover visit to Jerusalem, as we know from the latter part of Luke 2. She followed this Firstborn from His birth to His death and also to what came above and beyond His dying.

Mary stood alongside John at the Cross, as Jesus committed her to the care of the Apostle (John 19:26-27). And we also know she circulated among the band of disciples after His Resurrection and His Ascension. She and her other children were in the upper room when the mighty wind of the Holy Spirit blew into them at Pentecost (see Acts 1:14).

What was it that kept Mary? How did she weather the storms that would blow upon her mother’s heart?

I believe it was her song. This should not surprise us, for Paul wrote that songs and hymns and spiritual songs are vital to the stirring up of our faith as we read in Ephesians 5:19-21 and Colossians 3:16. The verse from Colossians is part of an exhortation to “let the word of Christ dwell in you richly” and bring wisdom. Songs were and should be vehicles of admonition and consolation.

Mary’s Magnificat, as it has come to be known, goes like this:

“… My soul magnifies the Lord, and my spirit rejoices in God my Savior, for he has looked on the humble estate of his servant.

“For behold, from now on all generations will call me blessed; for he who is mighty has done great things for me, and holy is his name. And his mercy is for those who fear him from generation to generation.

“He has shown strength with his arm; he has scattered the proud in the thoughts of their hearts; he has brought down the mighty from their thrones and exalted those of humble estate; he has filled the hungry with good things, and the rich he has sent away empty.

“He has helped his servant Israel, in remembrance of his mercy, as he spoke to our fathers, to Abraham and to his offspring forever” (Luke 1:46-56).

Throughout her life, I believe that Mary sang this song to herself. The words detail the redemptive plan of Heaven. The proud shall be brought down. The humble exalted. The hungry filled with good things that come by grace through faith.

The girl with this song was an amazing believer, just as Simeon and Joseph were remarkable and faithful men. All of them magnified the Lord and rejoiced in the God of their salvation.

And thanks to people such as them, His mercy has been revealed from generation to generation.

Holy is His Name.