A Tale of Crowns 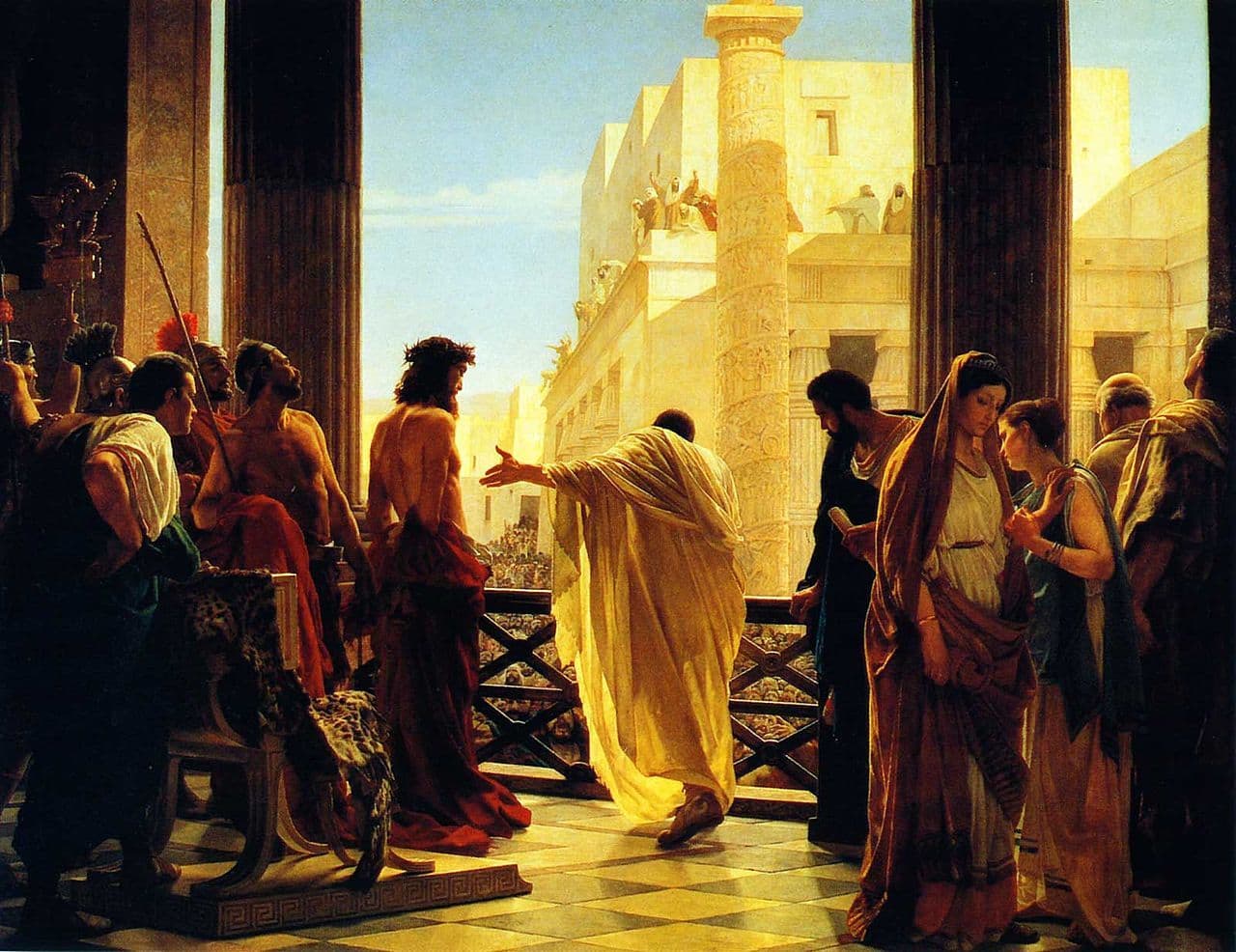 John 19 stands as one of the most momentous chapters in all of literature. Here, we read of Jesus and Pilate; we read tragic words and triumphant words. This is where the clash of kingdoms reaches a climax. This great battle is embodied in two men – one, Pontius Pilate, who possessed an authority of men; the Other – Christ – who possessed the authority of Heaven.

Pilate wore his position like an ill-fitted suit of clothes. The words he says and the way that he speaks to those subject to him indicate that this man was uncomfortable and insecure. His governorship had been roiled with difficulties. The yoke of the Roman Empire proved chafing to the majority of the Jewish population in and around Judea.  Soldiers shut down a variety of riots and demonstrations as passions boiled over in the territory. The tension was thick and required a man of skill and diplomacy. Pilate was not this man.

This ruler, it seems, was a man of few friends, and the religious leaders of Jerusalem knew it. Jesus, with His words and wonders, had upset the status quo that made life very comfortable for these leaders and their families. The leaders’ wealth, honor, and privilege were on the line and they were not going to let them be stripped away by this preacher from Nazareth.

Christ was cast as a rebel, a man who claimed a crown,  and put before the civil seat of judgment. Roman authorities were quick to eliminate anyone who made such claims. Before Pilate, Jesus did not deny His crown; He emphasized, however, that His Kingdom was of a different origin. His Kingdom was built upon “Truth,” a notion Pilate sniffed at as incomprehensible. To make matters even thornier for Pilate, his wife dreamed of Jesus and warned her husband to stay clear of “that just man” (see Matthew 27:19).

The poise of Jesus, His quietness, His manner, His humility, stunned Pilate and paralyzed him for a time. Never had he seen a man so sure of himself in the face of judgment. The governor’s frail conscience wrestled with him, a thin thread of real conviction had tightened in his heart, and, for a few hours, he did all that he could to pacify Christ’s accusers.

First, Pilate sent Jesus off to Herod, who was responsible for Galilee, where Christ and most of His followers were from. Next, he instructed the soldiers to flog Jesus, which they did with relish. Christ was brutally battered and left a bloodied mass. He was fitted with a crown of long, jagged thorns and mocked as the “King of the Jews.”

Pilate presented Jesus, in this disfigured condition, thinking this would satiate the bloodlust of the mob that raged against Him. He loudly pronounced, “Behold, the man,” and waited for them to disperse.

“Shall I crucify your King?” Pilate asked.

Then came the most tragic words ever spoken: “We have no king but Caesar” (John 19:15).

The statement came from the chief priests themselves. Their rejection of Jesus was full and entire. Speaking for their people and their nation, these leaders of the holy Temple of Israel bowed to the world system and its ruling economy. I dare say that this subjection continues to this day.  Through the pages of history, we can read of how God’s chosen people have endured numerous periods of hardship, pain, and ruthless persecution. They refused their King and are still looking for Him.

The Work is Finished

Thankfully, the story does not end there, even in John 19.

Christ goes to the Cross and dies a death to end all deaths. He fulfills every last line of prophecy related to the redemptive purpose for which He took on flesh and blood.

At last, the Son of God was able to proclaim His accomplishment.

These are the triumphant words of John 19:30. It is done. The Savior offered His Body as the ransom for all. No longer could death claim authority to keep people from the presence of the Lord.

On the third day, Jesus’ resurrection demonstrated the defeat over the grave. Some weeks later, Christ victoriously ascended through the atmosphere controlled by the devil, the prince and the power of the air, to take His seat at the right hand of the Father.

There, Christ now intercedes for us every day. He points to His precious blood as the price paid, once and for all, so that His mercy can flow to all who call upon the name of the Lord.

Now,  Jesus rules and reigns in the lives of those who believe. One day – soon! – He shall return to earth to establish all righteousness. He came once wearing His crown upon His heart. He shall come again with the Crown upon His head, and all will see Him as King of kings and Lord of lords.

For more about Christ and the crown of the heart, listen to “Contentment and Crowns,” a message preached by Thomas Schaller, Pastor of Greater Grace Church of Baltimore.