A Tale of Two Tamars 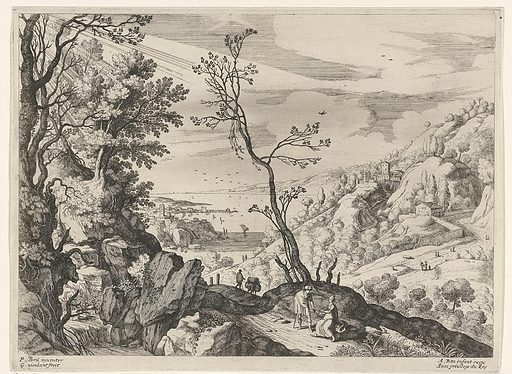 It is actually reported that there is immorality among you, and immorality of such a kind as does not exist even among the Gentiles, that someone has his father’s wife. You have become arrogant and have not mourned instead, so that the one who had done this deed would be removed from your midst. For I, on my part, though absent in body but present in spirit, have already judged him who has so committed this, as though I were present. In the name of our Lord Jesus, when you are assembled, and I with you in spirit, with the power of our Lord Jesus, I have decided to deliver such a one to Satan for the destruction of his flesh, so that his spirit may be saved in the day of the Lord Jesus. 6 Your boasting is not good. Do you not know that a little leaven leavens the whole lump of dough? (1 Corinthians 5:1-6)

In his first letter to the church at Corinth, Paul thought it of great importance to address the principle of sin (leaven) and its effect on the spiritual health of the church. He used the example of the man having an open affair with his stepmother without the church calling it out as such. Even though Paul was absent from the congregation, he used his status to encourage the church to excommunicate the man until there would be a repentance. The principle involved is that outward sin will reproduce itself, so it must be arrested.

In the Old Testament, there are two individuals named Tamar that will help illustrate further the point. In 2 Samuel, Tamar is one of David’s children and sister of Absalom and Amnon. Her story is a tragedy and illustrates some of the dysfunctionality of David’s family. It involves Amnon and his physical lust for his half-sister, Tamar. Tamar was a virgin and Amnon and his uncle Shimeah hashed a plot to pretend an illness in order to get Tamar to come to him alone in his bedroom for comfort. She brought food to feed him and he grabbed her to violate her and she resisted.

However, he would not listen to her; since he was stronger than she, he violated her and lay with her. Then Amnon hated her with a very great hatred; for the hatred with which he hated her was greater than the love with which he had loved her. And Amnon said to her, “Get up, go away!” 16 But she said to him, “No, because this wrong in sending me away is greater than the other that you have done to me!” Yet he would not listen to her. Then he called his young man who attended him and said, “Now throw this woman out of my presence, and lock the door behind her.” Now she had on a long-sleeved garment; for in this manner the virgin daughters of the king dressed themselves in robes. Then his attendant took her out and locked the door behind her. Tamar put ashes on her head and tore her long-sleeved garment which was on her; and she put her hand on her head and went away, crying aloud as she went. (2 Samuel 13:14-19)

After this cruel act, Amnon compounded his cruelty by having Tamar thrown out of his presence since his hatred for her was greater than his prior love. This is the testimony of the power of sin in a person’s life. By putting ashes on her head and tearing her garment, she was advertising her violation. Her brother, Absalom recognized the matter and asked Tamar to stay with him and be silent until another time. In Verse 20, So, Tamar remained and was desolate [devastated, deserted] in her brother Absalom’s house. As it turned out, David found out and was angry, but did not act to address it. After two full years, Absalom arranged for his brother Amnon to be killed for his treatment of Tamar. When sin is allowed to fester, it reproduces itself, many times even worse than the original indiscretion.

The other Tamar was the wife of Er, Judah’s oldest son and expected to produce children to carry on the name.

Now Judah took a wife for Er his firstborn, and her name was Tamar. But Er, Judah’s firstborn, was evil in the sight of the Lord, so the Lord took his life. Then Judah said to Onan, “Go in to your brother’s wife, and perform your duty as a brother-in-law to her, and raise up offspring for your brother.” Onan knew that the offspring would not be his; so, when he went in to his brother’s wife, he wasted his seed on the ground in order not to give offspring to his brother. But what he did was displeasing in the sight of the Lord; so, He took his life also. Then Judah said to his daughter-in-law Tamar, “Remain a widow in your father’s house until my son Shelah grows up”; for he thought, “I am afraid that he too may die like his brothers.” So, Tamar went and lived in her father’s house.  … Now it was about three months later that Judah was informed, “Your daughter-in-law Tamar has played the harlot, and behold, she is also with child by harlotry.” Then Judah said, “Bring her out and let her be burned!” It was while she was being brought out that she sent to her father-in-law, saying, “I am with child by the man to whom these things belong.” And she said, “Please examine and see, whose signet ring and cords and staff are these?” 26 Judah recognized them, and said, “She is more righteous than I, inasmuch as I did not give her to my son Shelah” (Genesis 38:6-11, 24-26)

When the Lord took Er because he was evil, it was understood that the next son, Onan would become the father of Tamar’s offspring. Onan did not want to give offspring to his brother through Er’s widow; he would not willingly impregnate Tamar. The Lord took Onan’s life as well, leaving only a much younger brother, Shelah to fulfill the obligation to Tamar. Judah promised Tamar to wait for Shelah to become of age and go back to her father to wait. Judah was afraid the same fate would occur with his youngest son, so he had no intention to fulfill this obligation. So, Tamar came up with a plan to trick Judah by disguising herself as a prostitute and she got pregnant. Judah did not admit to it until his signet ring and cords and staff were produced by Tamar to prove that he was the father. Do we believe that one wrong justifies another?

The Genealogy of David

Why is this story important? Because the Messiah would come through the seed of Judah; in Revelation 5:5, Jesus is referred to as the Lion of Judah. Tamar was now pregnant with twins, the firstborn being Perez, who would become the ancestor of David. In Ruth 4:18-22, Now this is the genealogy of Perez: Perez begot Hezron; Hezron begot Ram, and Ram begot Amminadab; Amminadab begot Nahshon, and Nahshon begot Salmon; Salmon begot Boaz, and Boaz begot Obed; Obed begot Jesse, and Jesse begot David. God’s will would be realized in spite of the sin in the camp. Judah would recognize Tamar as more righteous than I, inasmuch as I did not give her to my son Shelah. The blood line would continue, even through sinful men. The Bible is filled with flawed people who God uses to fulfill His greater purpose.

In 2 Corinthians 5:18, all things are of God. 2 Corinthians 4:15 says, For all things are for your sakes. And then there is Romans 8:28, And we know that God causes all things to work together for good to those who love God. The Greek word sunergeo is translated “work together’ and means “to cooperate, with the end goal being the believer’s good.” This principle is the essence of divine providence, that none of us needs to take matters of injustice into our own hands since God’s plan is that He will do it. A great example of one who lived by this principle was Joseph, Jacob’s eleventh son.

Now Joseph had been taken down to Egypt; and Potiphar, an Egyptian officer of Pharaoh, the captain of the bodyguard, bought him from the Ishmaelites, who had taken him down there. The Lord was with Joseph, so he became a successful man. And he was in the house of his master, the Egyptian. Now his master saw that the Lord was with him and how the Lord caused all that he did to prosper in his hand. So Joseph found favor in his sight and became his personal servant; and he made him overseer over his house, and all that he owned he put in his charge. 5 It came about that from the time he made him overseer in his house and over all that he owned, the Lord blessed the Egyptian’s house on account of Joseph; thus, the Lord’s blessing was upon all that he owned, in the house and in the field. 6 So he left everything he owned in Joseph’s charge; and with him there he did not concern himself with anything except the food which he ate. (Genesis 39:1-6)

The biography of Joseph, a type of Christ is the story of a man who suffered severe injustices, beginning with being sold into slavery to false accusations about attempted rape by Potiphar’s wife and having to spend many years in prison.Yet his response as indicated In Genesis 39 is to commit himself to being faithful in spite of his difficulties. Verse 2 tells us that The Lord was with Joseph, so he became a successful man. As a result, Potiphar put everything in his charge; the only thing Potiphar decided was the food he ate. Jesus is also trustworthy to each believer in spite of our injustices or troubles since He understands our plight. Hebrews 4:15 says, For we do not have a high priest who cannot sympathize with our weaknesses, but One who has been tempted in all things as we are, yet without sin. The ultimate answer to our sin condition is our willingness to trust our high priest.