A Thief, Stolen by Mercy 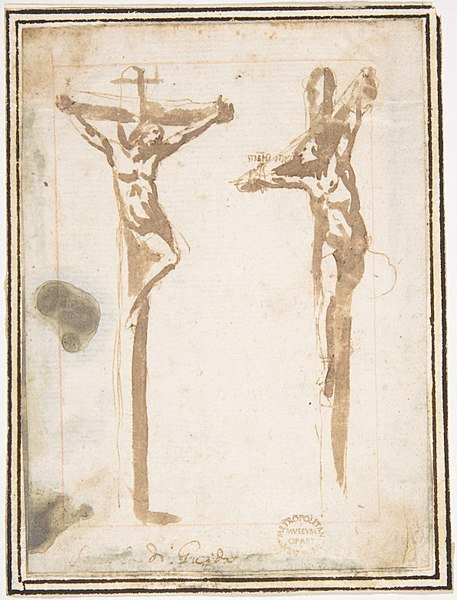 With Jesus of Nazareth at Calvary, there hung two thieves.

One thief somehow came to understand that the cross was where he belonged. His life spent steeped in crime meant that he had often found himself entangled in the Roman justice system. The logical outcome of his series of decisions and actions was Golgotha, the place of the skull, the final destination of all who habitually ran afoul of the occupying authorities in Judea.

He hung there upon the nails. His body quivered, pains shooting up his legs and down his arms. Surely, he thought upon the process of death. He’d seen more than a few crucifixions. It was cruel and not so unusual punishment in those times.

Set about cities and towns like scarecrows positioned in corn fields, the death trees, when occupied, delivered a message about just who was in charge. Defy Rome and one could expect to suffer this consequence.

And it had come to this for these thieves, these partners in mischief. They had apparently attempted to steal from the wrong person at the wrong time. Things must have become noisy and ugly in a hurry. In the commotion, soldiers likely showed up just as they left their mark dead.

Petty criminals no more, the thieves got the book thrown at them. Death sentences were ordered in no time. The beams were set upon them and they were paraded through the Via Dolorosa with notices describing their crimes pinned near their heads.

This was no ordinary day at the place of the skull. The throng of onlookers, bigger and more agitated than normal, kept heaping insults upon the Man in the middle, hanging between these two. He came to Golgotha last and it was a wonder that He was still moving. His face was indistinguishable, bloodied and bloated from punches. His body oozed red like a river. Patches of spittle hung upon Him. His charging placard bore the words, “This is the King of the Jews,” and hung above the crude, thick, thorny crown that had been jammed upon His brow.

Shouts and jeers poured forth from the mob. Those among the group of Temple men, all robed up for their duties related to the Passover festival, took turns making demands of Him. They wanted Him to come down and prove Himself and show everyone His power. The thieves, perhaps a bit drugged with gall, chided Him, too.

Jesus answered none of the taunts cast at Him. He sought no mercy from His accusers. This One didn’t belong there. The one thief began to sense this. He had been with his kind long enough to know that this Man wasn’t one of them. But there He was dying among them.

Somewhere in the midst of the mess of what was His face, there proved to be a mouth. The Voice, labored and choked with tears, sweat, and blood, was still surprisingly easy to understand. The tone His words carried was one of sorrow and grief. He spoke as One who expected to be heard and answered.

“Father, forgive them! For they know not what they do!”

Forgiveness? This was what was on this One’s mind. He who had received no mercy put out a call for mercy for those who had been so unmerciful to Him.

Who speaks such a sentence? Only potentates do. “Forgive” – only kings can make such pronouncements, and generally they only do so when they might gain something from the exchange.

The Man possessed a dignity; even His naked, pummeled form projected a call to honor. His request carried an authority in the midst of the mayhem at His feet. Command, that’s the word. This King remained in command. He seemed as One on a mission. Pain, He refused to let it control Him. Instead, He uttered words of love even for the enemies who had had their way with Him.

This King remained in command. He seemed as One on a mission. Pain, He refused to let it control Him. Instead, He uttered words of love even for the enemies who had had their way with Him. Click To Tweet

“Are You not the Anointed One?” came a sneer from the other miscreant on his cross. “Are You really the Messiah? Prove it to us all. Do something, You King. Get us all down from here.”

Jesus said nothing. He turned His head and looked toward the other criminal.

A darkness began to descend, even as noontime approached. It was as if the sun sought to hide, refusing to let its light fall upon such a scene. It had to be because of Him. His innocence rested upon Him, and nature had to take note. Blood does tell the real story. The Maker of all had to be listening to what His Blood said.

His arms hung open wide. His heart beat hard and fast within His chest. That heart with those arms appeared to extend a welcome. They appeared ready to receive something or someone. Many followed Him when He fed them bread and opened blind eyes. Few, however, were there with Him in that moment.

“Father, forgive …” This was what He had said. Did He really expect someone to come to Him even at this place of doom, even at this spot so near to death itself, could He cause a dead heart to come alive?

“Quiet now,” spoke the thief to his angry partner. “Can you show no honor? He has no place here. We belong here. These crosses were made for ones like us, but not for One like Him.”

Resignation and humility now hung upon this thief. The words of Jesus had touched him somehow. He threw himself on the mercy of the King on the Cross.

“Lord, remember me when You enter into Your Kingdom.”

The King welcomed him at once. He issued a proclamation of grace and mercy. He readily forgave one who knew not what he did. A true gift was given with precious and valuable words, eternal words, words from God.

“Today, you shall be with Me in Paradise.”