A Thread of Faith to a Garment of Praise 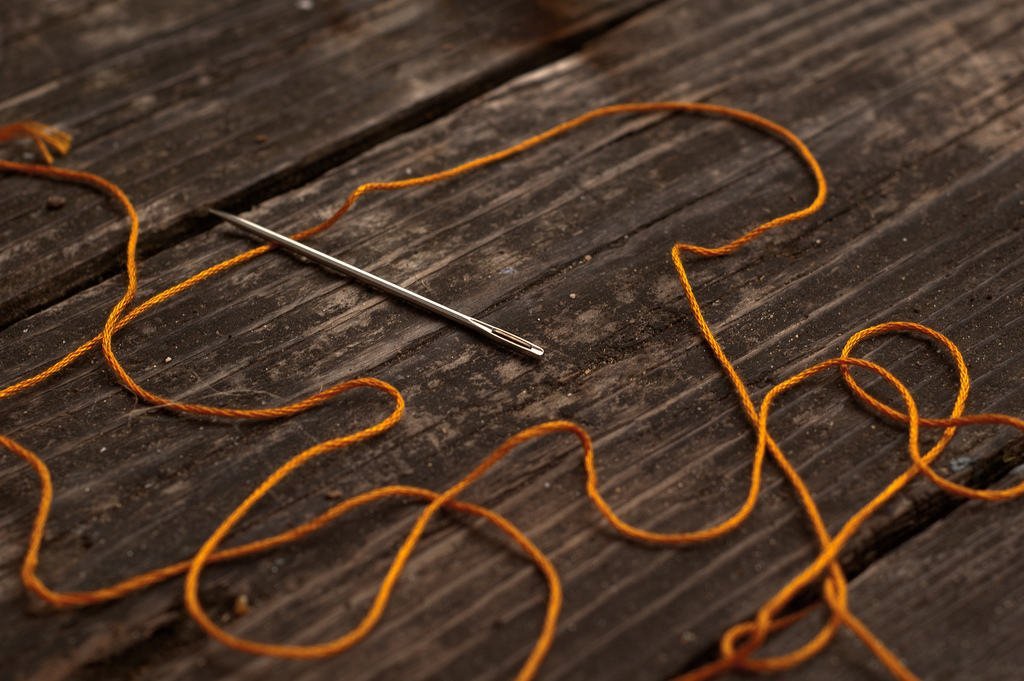 I can remember when I first met a group of people who really seemed to enjoy church. The services were full of singing and shouting. There were tears and even laughter. It was so different for me. Occasionally, I went forward to pray among them, but I wasn’t really there. I had knelt and said many things in religious ways before this, but I really had not learned to talk to God directly and honestly.

The problem was that I didn’t know God.

I warmed up to this church experience for a season. One evening, however, a sermon hit too close to home and I turned cold. Winter set into me and I slowly became bitter and increasingly selfish and petty. I started to squeeze the life out of people and things I had come to hold dear, at least I thought I held them dear. In reality, I did not value these people for who they were, but only for what they did for me.

To make matters worse, I ignored and viewed with contempt the things they said to me. And, they were saying precisely the things I needed to hear about Jesus, about the Bible, about faith, about spiritual life, and about the realities of Heaven and Hell.

Contempt is a crippler. On any level, in any setting, I become somewhat lame the moment I began to think thoughts such as these:  “I am better; I know better; I can do better.” This was the issue with Hagar, the maid servant to the barren Sarah, the same one Sarah gave to her husband, Abraham, in a human effort to birth heirs for the wealthy patriarch.

Hagar got pregnant at once it seems, from the story related in Genesis 16, and so she viewed Sarah with disdain. She showed no tenderness toward her aging mistress who could not bear children. Hagar’s demeanor created conflict in this ancient home and even prompted her to run away for a season. Later, Hagar’s  son, Ishmael betrayed a mocking spirit toward Isaac. But Isaac was the child of Sarah and the child of promise, so God instructed Abraham to send Hagar and Ishmael  away from his home.

Contempt  — we must deal with it, confess it, and move beyond it. Contempt represents an attitude quite contrary to the message and mission of Christ. The Lord of Glory and King of kings came to serve, to wash feet, to die, and to forgive those “who knew not” what they we doing.

I was a man – more like a boy really – who did not know what he was doing, getting sucked down by pretense and contempt. And then came the implosion – I collapsed inside and was left a ruin. I was a functional ruin and my reactions were mostly emotional. Fortunately, I did not turn to substances and such to lift my spirits. But for a while, I attempted to dig myself out of it. I tried new things, hung around different people, and poured myself into other activities.

None of it worked. I missed church and the people  who enjoyed God.

So I staggered back to them, and they pulled me in and pointed me to the Cross of Christ. There, I put the wreckage of what I was and gave myself to Him. It wasn’t a leap of faith at all. Rather, I stumbled into Jesus. Everything about that moment was weak and awkward.

A thread of genuine belief was all it was. But it was enough. God took that thread and spun it into a garment of praise. Life from that point did not become a smooth ride – far from it. There were issues that took days and months to sort through. But the spirit of heaviness was gone.

About that time, I was given a Bible in modern language by a dear lady who advised me to start my reading with the book of Job. Strange advice, it seems, as I am recalling it now. Job? A book that starts with God allowing Satan to devastate the life and health of a man who followed God? Really? I should start there?

I did as this saintly woman suggested; I began to read Job and it was important for me that I did. For I learned right then, at the beginning of my walk with Christ, that a life with God is full of mystery and hidden things and experiences that are often left unexplained. I saw that believers are alive in the midst of a great conflict, invisible to us. I have clung to these early lessons of faith.

A life with God is full of mystery and hidden things and experiences that are often left unexplained. Click To Tweet

Also, I saw and learned that God is there all the while. I recognized that our Redeemer ever lives and that He can be known more and more as I bring my stuff to Him. My complaints, my crises, my questions, laments, and loneliness,  are all welcome in His presence for He is the forgiver of those who “know not what they do.”

Hebrews 4:16 says it best:  “Let us therefore come boldly unto the throne of grace, that we may obtain mercy, and find grace to help in time of need.”

For more thoughts like these, check out “Seek the Lord and Prosper,” a message from Thomas Schaller, pastor of the Greater Grace Church in Baltimore.