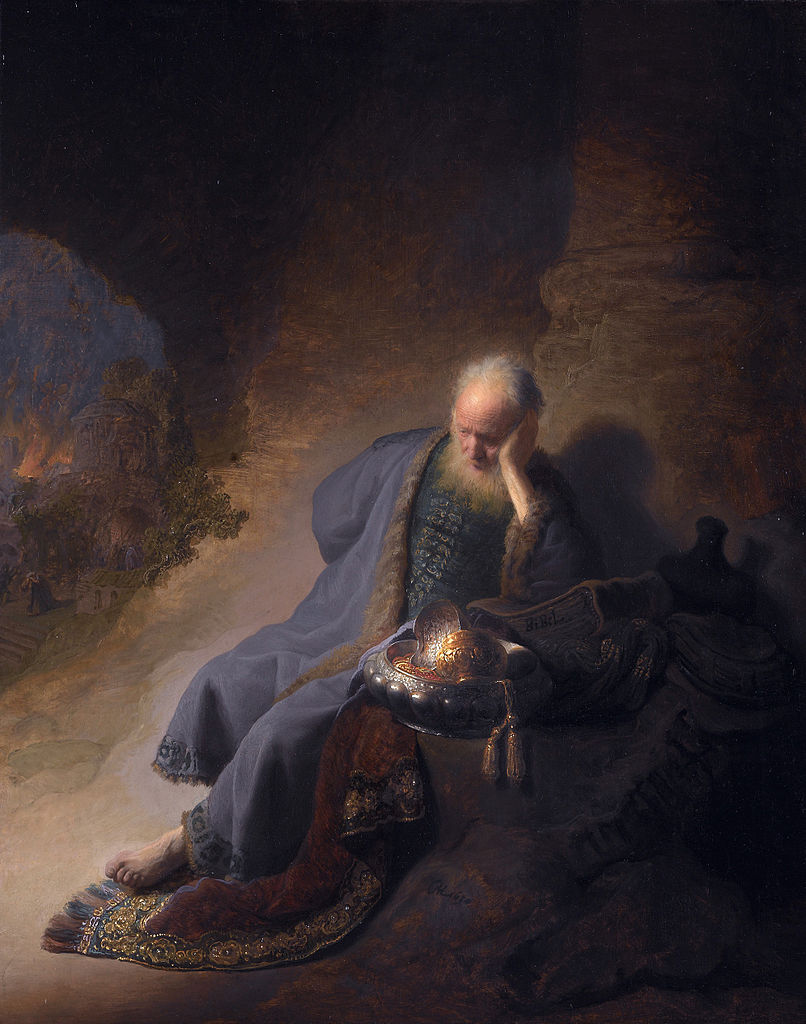 We face a great challenge as believers in God. We claim to worship and know the living God and the Person of His Son, Jesus, in the power and indwelling of the Holy Spirit. We read that the Lord reigns and that His ways are perfect.

And yet, our world is wrong and seems to be growing more and more wrong. How are we to answer the questions? If we’re honest, these questions are ones that fester deep inside our own hearts.

We struggle to explain and comprehend the reality of evil in our midst. We struggle with this because we view the Creator as the one true God, the good God, the One who made the heavens, the earth, the seas, and all of us.

Where is His power and intervention when our world seems to need it most? Why does this One so good and powerful allow things to go as they do?

Some spout ready answers in reply, platitudes really; things that are delivered with knowing smiles and pats on the back. They come out so casually, so easily, so coldly.

You know the phrases:

“Hard times only make us stronger.”

Yes, these sayings may be true at their core. But said in the wrong context, each of them brings pain and reaction, as Proverbs 25:20 tells us: “Whoever sings songs to a heavy heart is like one who takes off a garment on a cold day, and like vinegar on soda.”

Horrible things happen. How we think about God in those times is important. More, how we represent God to others in these times has never been more important.

The Bible, if read carefully, provides stories that can help us if we let them.

The book of Job unveils the atmosphere as it really is in its first chapters. In these paragraphs, we are introduced to Satan. He slips into a meeting the Lord is having with His angel armies, who come before their Maker and the devil’s Maker. Satan defines his activity with his own words. “I roam about the earth; I am here and I am there; I am going up and down in it.”

God mentions Job and commends his faith and obedience. To which, Satan sneers and slanders the man as “one who does good because he’s got it so good.” The exchange is not one between equals. The Lord is clearly in command, and yet He allows Job’s world to collapse into disaster after disaster.

Yet Job has something – integrity. He holds fast to it throughout his troubles. It seemed that he could see his state as a controlled demolition. God gives and takes away, he told his wife. He responded in a stoic manner at first, but that changed rather quickly. Soon after, he whined and complained, trying to justify himself before his friends, who behaved as miserable counselors and terrible comforters.

But this man kept talking — to the Lord. Every now and then, we get a glimpse of the foundation of his integrity:  “I know my Redeemer lives. …” God is with him every step of the way. The Almighty is silent for a long period. But then God spoke and He spoke strongly, like He was arguing His case with a good friend. Because He was arguing with a good friend, one who knew there was love and passion and truth behind all that God said.

Job took it to heart and he saw himself and God in a deeper way than ever.

Here’s the point I want to make:  God is with us in our present, in our every moment. Whatever is going on, He is here. Jesus came. He took on flesh so that He literally could have skin in our “game.”

Our Redeemer suffered as we suffer. He died. Alone. Naked. Bleeding. Battered. His Body was hung up high for all to see. Hung upon the Tree, cursed with our curses, every last one of them.

The reasons for the way the world is and how it operates are inscrutable. Equations of logic and intellect run into dark tunnels and hit dead ends. God is God and we are not. It’s not always satisfying to hear this, but it remains the reality of our existence. We must face this:  our philosophies and reasons cannot swallow all the fruit that we’ve picked from the Tree of the Knowledge of Good and Evil.

But the Lord does show Himself to us. He reveals His presence. We can become still and know that He is God and that He is with us in all things. We cannot make sense of some things, but we can make room for His nearness. We are known and we are heard.

Job’s troubles ended and he wound up with a double portion of what had been lost to him. It’s a happy ending story. We gravitate to these in our Bible readings. Daniel did survive the lions’ den. Joseph did become vice president of Egypt. The three Hebrew boys did meet the Son and come out of the fiery furnace alive. Esther did thwart the scheduled massacre of God’s people.

There are other endings in the Scriptures, however. Finishes that make it seem as if evil wins.

These names should mean something to us as Bible believers. These represent our original martyrs. Their lives ended while they were proclaiming the truth about the Lord.

Stephen preached Jesus so powerfully that his words struck nerves and agitated consciences. His angel face was too much to bear, so the mob buried him under a hail of rocks. He left this world with a vision of Jesus at the right hand of God and with forgiveness for his killers on his lips.

Jeremiah warned the people of Judah again and again that invasion and captivity were coming. He was always proven to be a true prophet. All that God gave him to say came to pass. But still the people refused to listen to him. He died, his words ignored, as one forced into exile in Egypt. His collection of funeral songs – Lamentations – paint for us just how lonely and difficult his days were. And yet he sang of God’s mercies being new every morning.

And then there’s Abel. His brother Cain murdered him and lied about it before the Lord. Abel’s way of worship was the true one. He offered to God a lamb and God accepted him and talked with him.

God came to Cain and explained something powerful. The murder did not silence the voice of Abel.

“His blood cries out to Me from the ground.”

Read that sentence carefully. What it’s saying is that we are never really erased. In death, Abel still had a voice. It cried out and God took note of it. In Revelation, those slain for their faith spoke out and wondered when God would answer the wrongs done to them.

The blood of Jesus speaks better things, eternal things, words that proclaim a message of resurrection. But this was not a new message. It was a message that God meant for all of us to speak, now and forever.

Our voices cannot be silenced. Our words rise to Him as the whole of us will rise one day with Him.

We have been made alive by Him and He hears us. He’s with us. He’s for us.