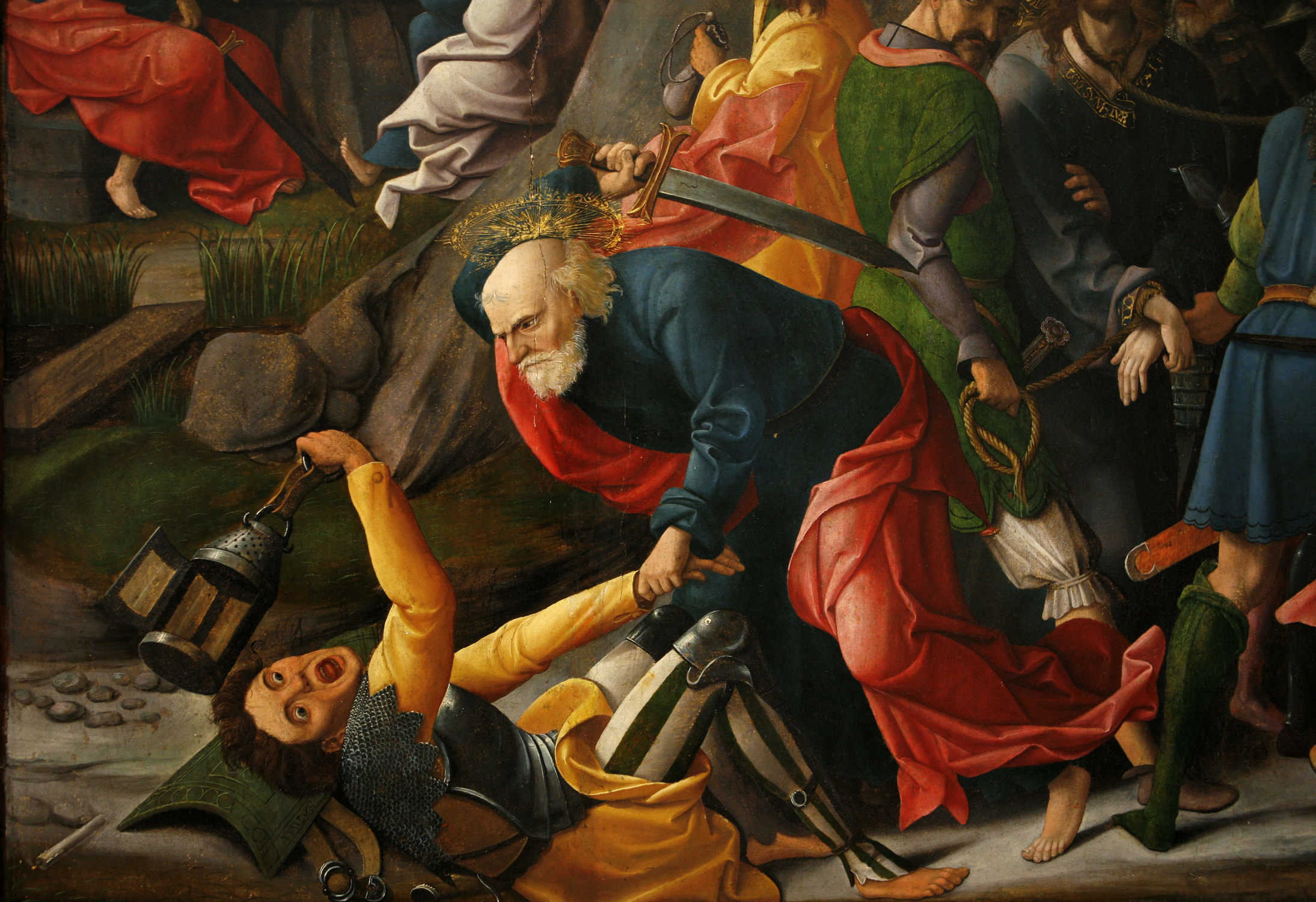 Some cannot hear because they have only one ear. And, I am to blame.

Allow me to explain.

In the Garden of Gethsemane, Jesus emerged from a dark and intense spiritual war in prayer and He walked into chaos.  Judas led a mob with soldiers and chief priests with lanterns, torches, swords, and staves to this place. The pressure of the moment pushed Peter to the brink. He charged forward and swung his sword. Malchus, a servant of the high priest, was struck by the blow, his right ear severed.

This was a very real moment where an Apostle thought the best course of action was a show of force. But Jesus was there; He chided Peter – “Sheath your weapon” – and then He touched and healed Malchus (see Luke 22:50-51).

The work of Jesus in this moment turned this man’s heart to the Savior. The fact that a proper name is attached to this servant in the gospel of John, the last of the four gospels to be written to the early Church, suggests that Malchus became known among Christ’s disciples throughout the Roman world.

Just as Peter swung his sword wildly and willfully, I have thrown about the Sword of the Lord, the Word of God, in clumsy and ham-fisted ways. The results have been the same. Disastrous and disfiguring.

We can carry out ministry in human energy and self-righteous practices. Bible verses fired in emotional outbursts smite the hearers. Unreachable expectations swamp some people in failures, fears, discouragements, and depressions.

Damage is done – I have, in effect, left some people without an ear. Capacities for the Gospel message do get crippled somehow. As a result, people choose to close their minds and hearts – and often for reasons that carry a real measure of validity. They’ve been wounded and scarred and violated.

An ear is gone, and they refuse to listen.

Great is His Faithfulness

Expressions and acts of contrition do help to address our need for brokenness and humility before the Lord and before others. These things, however, cannot undo all harm. The sowing we do to our flesh will reap consequences.

We may ask for forgiveness and beg for pardons, but this will not always be enough.

So, what is to be done? It’s a big question – one that cannot be answered in a manner that fully satisfies every gripe and grievance.

I do know that I cannot allow the Word of God to be compromised in my life. To soften its sayings, to take the edge off of Bible teaching, does no one any good.  I have to resist the temptation to abandon the foundational premises the Bible lays down regarding life and love. Its words still provide clear light regarding proper intimacy and good citizenship; the Bible even has a few things to say about our care and concern for the earth and all of His creation.

My failures and those of my “fathers” may color opinions of the Word and the faith formed by it. But the Bible remains the Word of God nonetheless. No other writing tells me so much about my depravity and deceitfulness, and no other book reveals so much about how God loves and cares and longs for all of us.

His care, His love, His desire, His heart – all of these things remain. My foolishness does not erase His faithfulness.

Psalm 29 says that the Voice of the Lord divides flames, breaks the cedars, shakes the wilderness; the God of glory thunders. It encourages us to worship Him in the beauty of His holiness.

Yes, we too often get it very wrong and let our “worship” reveal something other than His awesome and wonderful beauty. We have proclaimed a holiness that is rooted in ourselves and not in His grace and righteousness. May we pull off our masks, abandon misrepresentations and reveal His heart.

Here is my hope. I trust that the beauty of His holiness will shine through the fires and thickets and barren waste places in damaged lives. Fields scorched by angry words and despicable crimes are also fields covered with dew. The scent of the water of the Word can bring dead limbs to bloom and blossom again (see Job 14:9).

I think of the woman with the issue of blood. She was ostracized due to her uncleanness. She had spent all that she had in pursuit of a cure. But the news of Jesus stirred her. She hid her condition and struggled through the throng. She could barely reach a thread of His garment (Matthew 9:20). She touched it and was made whole.

Jesus was there in Gethsemane, to heal Malchus, to give him back his ear.

Jesus is here just as He was there. He is enough. The Bible promise is this: Jesus Christ, the same yesterday and today and forever (Hebrews 13:8).

The weak and the weary and the wounded, we must pray for them that they can look beyond us, that they can see Jesus and hear Him, that a thread of hope can be born again in them.  In the midst of the fight and fury surrounding His arrest, Jesus stopped to touch the wounded.

The Lord healed one wounded by one of His own.

I have to believe He can do this now just as He did then.

For more on the love of God and its wonderful way, check out “Love: Light on its Feet,” a message from Thomas Schaller, pastor of Greater Grace Church in Baltimore.

The Lord healed one wounded by one of His own. I have to believe He can do this now just as He did then. Click To Tweet