Arise, Call Out to God 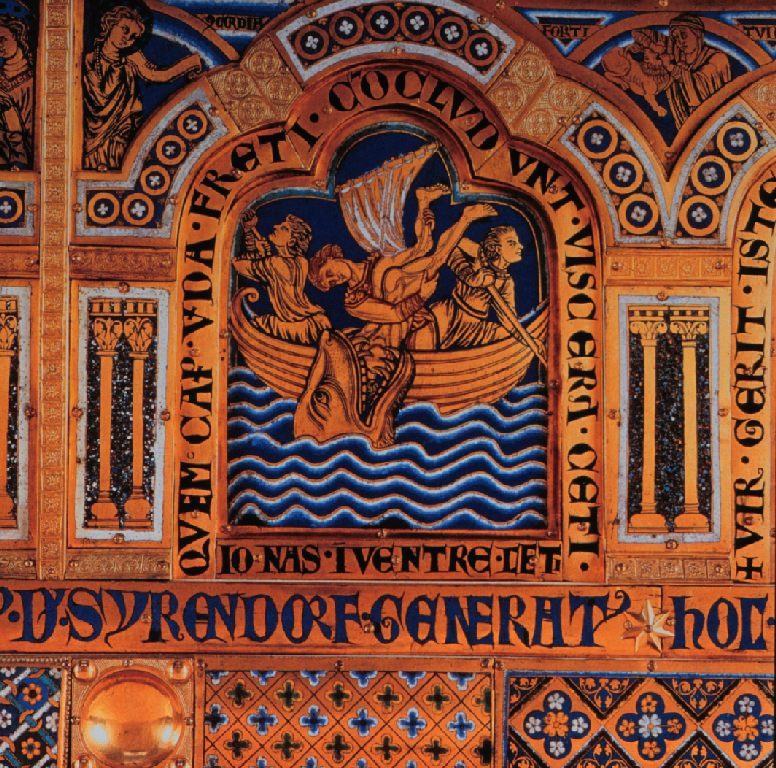 Jonah ignored his mission. More than that, this prophet ran as far away from it as he could. It was a mission given from God to this prophet, a mission the prophet wanted nothing to do with. He was called to deliver a message of warning to an evil city in an evil time.

The Lord told Jonah to go to Nineveh, a major city of the Assyrian empire — not a nice place at all. These people were enemies of Israel, a people ruthless in their warfare and diabolical in their pagan practices.

Jonah knew this city and its people and he knew God’s character of mercy and patience and forgiveness. The prophet recognized the power of the Word. Deep down, Jonah understood that a message from the Lord would lead these people to turn from their wicked ways. He also understood that God would honor their repentance and withhold judgment.

The people of Nineveh, Jonah reasoned, were unworthy of God’s favor. So he refused to deliver the message. He raced from the presence of God to Joppa, a port city, and booked a cruise to Spain. Once aboard, Jonah slipped into the bowels of the ship and fell fast asleep.

Before long, a fierce tempest battered the vessel, a gale so forceful that it set sailors and travelers to praying, albeit to gods who offered no presence and possessed no power to save.

Into the Midst of the Storm

Jonah? He slept on, until the captain roused him. “What do you mean, you sleeper? Arise, call out to your God! Perhaps, the God will give a thought to us, that we may not perish” (Jonah 1:6).

The account continues and explains how Jonah had to confess who he was – a Hebrew who feared the true God who made sea and land – and to what he had done in fleeing from the presence of the Lord.

As the storm grew angrier, Jonah offered a solution: “Pick me up and hurl me into the sea; then the sea will quiet down for you” (John 1:12). The suggestion seemed preposterous to the religiously minded crew. “What? There’s a God who commands his followers to give up their lives?” The thought did not stand up to their reason and in a furious exercise of human effort they rowed extra hard to get the ship to shore.

This only made things worse. The storm grew stronger yet, so strong that they finally agreed to do as Jonah said and cast the prophet overboard. At once, the storm ceased.  “Then the men feared the Lord exceedingly, and they offered a sacrifice to the Lord and made vows” (Jonah 1:16).

This part of Jonah’s story gives me pause. It has forced me to think: am I as Jonah was? Am I frustrating the call of God upon my life? Have I hastened from His presence and settled down in sleep? Have I become something of a spiritual Rip Van Winkle?

The trends of our age seem like storms to me. Western culture, in particular, has grown increasingly hostile to Christians, to their mindsets and to their practices of life. Someone with a Bible-oriented frame of reference is viewed as something of a threat to society.

In part, I think it is this way because there has been some sleeping.

People of the Light

There came a season when political ambitions and a market-driven approach to church building took hold. This dulled the edge of the sword of Truth and brought compromise and complacency even as congregations grew large and media materials proliferated.  We have so many books, so much music, and so great a multitude of events, conferences, movements, and causes. It seems as if an important sentence from Jesus has gotten lost in it all: “Fear not, little flock; for it is your Father’s good pleasure to give you the kingdom” (Luke 12:32).

Voices now are calling as the captain called to Jonah. Answers are needed. There are few who have the wisdom that is so wanting here and now. We cannot – I cannot – run from the mission of the Gospel. We cannot – I cannot – sleep away the days as they go by.  It may be that God will allow circumstances to progress to the point we will have to present our very lives as the solution; we may have to let ourselves be thrown into the midst of ferocious storms that show no sign of abating.

It’s not as if Christians have not been here before.

Paul wrote to the Thessalonians of right behavior in dark times. “For you are all children of light, children of the day. We are not of the night or of the darkness. So then let us not sleep, as others do, but let us keep awake and be sober” (1 Thessalonians 5:5-6).

To understand more about these days and our calling in these times, check out “Let Us Not Sleep,” a message preached by Thomas Schaller, pastor of Greater Grace Church of Baltimore.