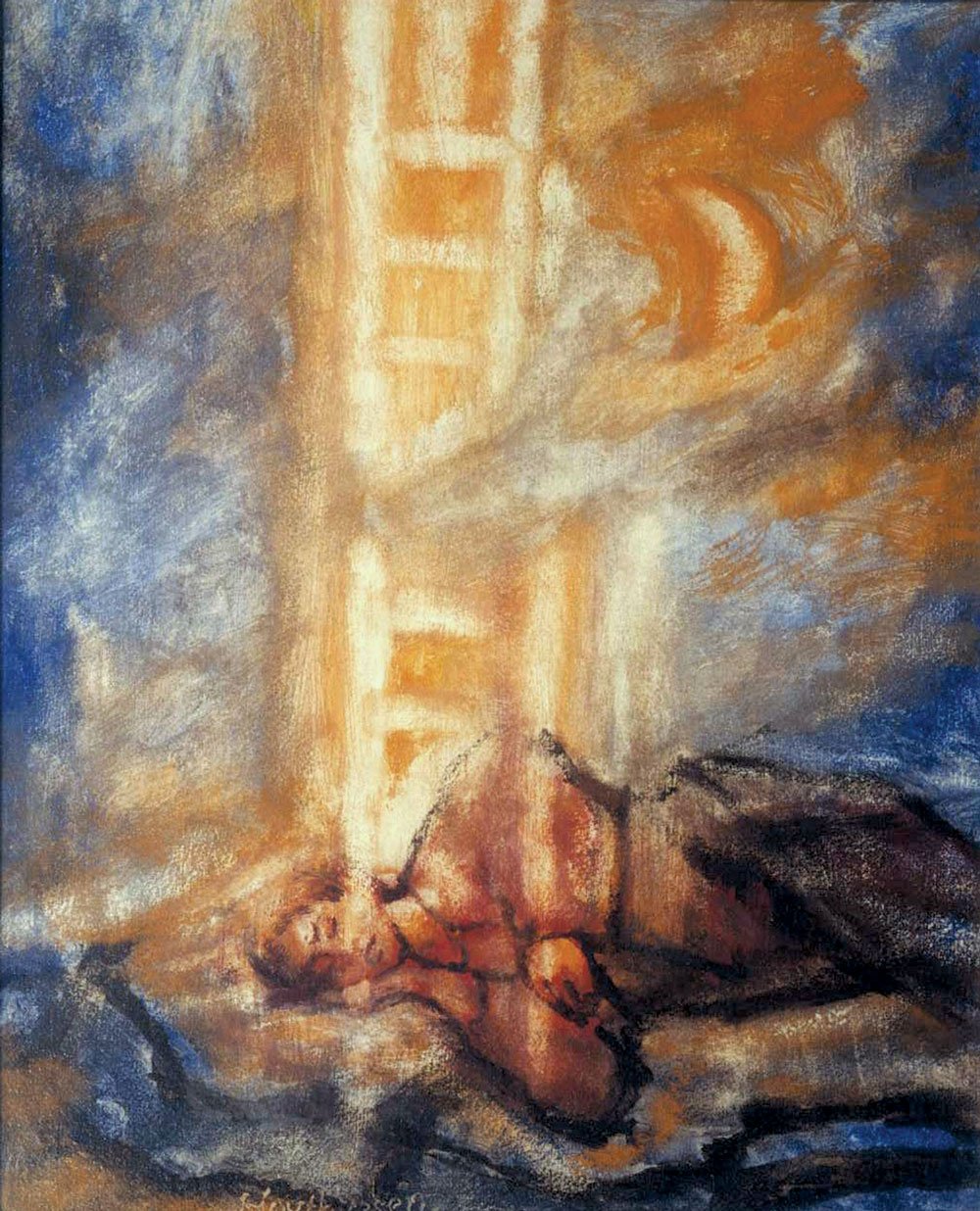 Jacob was a man with a habit of making his own way. It started with his birth, which he helped to facilitate with his grasp on the ankle of twin brother Esau. He hitched a ride into the light and came out ready to angle for position and privilege. He never missed an opportunity to score for himself.

He was a smooth and busy guy. And he had a willing accomplice in his efforts in mother Rebekah. But God was always there, too. On His watch, the Lord waited for the moment when He could capture Jacob for His purpose.

We read of this moment in Genesis 28.  Jacob was on the run after stealing away the blessings and birth status that belonged to Esau as the elder son. The wiles of Jacob had aroused violent rage in Esau, and he knew just how to deal with trickery of his little brother. Murder was his plan. He plotted to kill Jacob and he made no secret of it.

In reality, Esau had surrendered his status in the household with his own foolishness.

Esau possessed none of subtlety and craftiness of his brother. His hairy, reddish appearance made it seem as if he belonged to the forests and to the fields. Esau was at home among the beasts, and he made his choices like them. He operated on instinct. The smell of the great outdoors clung to Esau.

Food works wonders when one is trying to gain an advantage. Jacob learned to be a capable chef of sorts. He prepared a stew of red lentils that caught Esau’s attention. This man’s belly spoke loudest to him on this day. Fresh from a round of hunting, he wanted to eat as soon as possible.

His younger brother seized the moment and contrived a transaction. He would sell his stew and a hunk of bread to Esau in exchange for the family birthright. The talk from his tummy convinced Esau that his birthright would mean little if he starved.

Esau made an oath and “despised” his birthright, meaning he failed to see the value of his place in the home. He gave it away for some fast food.

A little while later, when father Isaac sensed that his death was drawing near, Jacob, with his mom’s assistance, would secure his place as the head of the family more definitively. Rebekah separated Esau’s best clothes from the laundry. She dressed up Jacob in them and also sewed together some furry gloves to help the ruse along. She then fashioned a goat dish that would fool Isaac’s aging taste buds.

Isaac had a funny feeling about this whole encounter, for Jacob’s voice was still Jacob’s voice. But this old man’s stomach spoke as loudly to him as Esau’s had spoken to him. Isaac ate and dispensed the birthright blessing on the younger Jacob.

Esau arrived to discover what had happened. He was shocked and grieved to hear that Isaac had no recourse. The birthright blessing would be Jacob’s forever. No do-over was possible.

It was here in the story that the killer instinct of Esau reared up. Fearing for Jacob’s safety, Rebekah pleaded with Isaac to get her younger son out of the house and away from danger.

A Dream, His Presence and Big Promises

Jacob was sent off, presumably to find a wife. His destination was Padan-aran and his Uncle Laban’s farm. En route, Jacob made a crude bed of stones as the sun began to set. Soon he was asleep – right where God wanted him.

When wide awake, Jacob saw too much. He was of sharp vision, a man who never missed a trick. And so God had to get to him with his eyes closed.

With a dream, the Lord revealed to Jacob a vision of His way in this world and its connection to His Throne. Jacob saw a ladder that stretched from earth to Heaven. Click To Tweet

With a dream, the Lord revealed to Jacob a vision of His way in this world and its connection to His Throne. Jacob saw a ladder that stretched from earth to Heaven. Angels came down and angels went up upon the rungs.

From above and beside him, Jacob heard the Voice, saying these words:  “I am the Lord.”

Promises were declared. Jacob and his children would have a place – the very land upon which he slept would be given to him and his family. The people who would come from him would be most significant. They would be blessed and the key to all blessing to all families throughout the world.

Jacob arose more awake to God than he had ever been. He turned his makeshift bedroom into an altar to the Lord. He worshipped and made a confession:  “The Lord was here all along and I knew it not.”

He knew it now. Alone, in the dark, on the rocks, Jacob was touched by Heaven and his life was never the same.

May God do so to us. May we see Jacob’s ladder. May we know more and more that God is in control.