Away with This Man 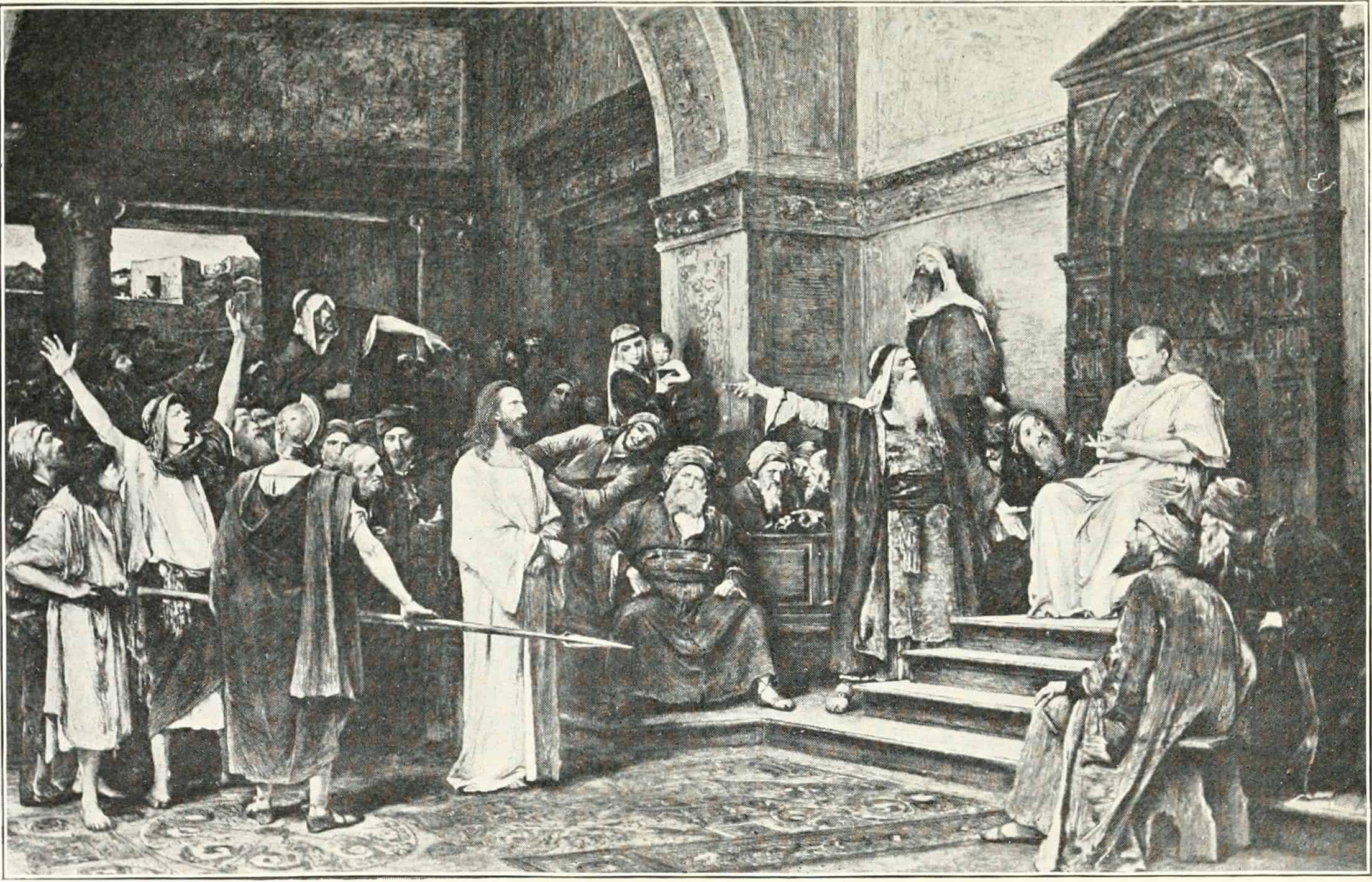 These were the words spoken to Pontius Pilate, the Roman authority in Jerusalem. Before this ruler, there stood Jesus. He had been brought to Pilate so that an execution might be ordered.

The Jewish religious leaders with their guard detail seized Jesus in the middle of the night, while He was at prayer.  Through a manipulated and unlawful series of tribunals, Jesus had been found guilty of proclaiming Himself as the “Son of God.” For this, these leaders said, He must die.

Pilate smelled something rotten in the whole ordeal. The Roman ruler’s wife dreamed of Jesus and sent a word of warning to her husband: “Have nothing to do with that Just Man.” He employed every trick and angle he could to get Jesus out of his courtyard. He sent Jesus to Herod; he had Him brutally scourged; and, at last, he put Him beside Barrabas, a known terrorist and murderer. Surely, this group would not send Jesus to death, Pilate must have thought.

None of these machinations worked. The mob bought the lie sown in their midst. The people were on the verge of riot. They embraced Barrabas as their hero – for that hour anyway – and screamed for Jesus’ blood.

Their loud voices pushed Pilate until his will to fight failed him. He washed his hands and sent Jesus to the Cross. With this, he said, “Away with this Man.”

The Son of God

Away with Jesus – that’s what the crowd in Jerusalem demanded that day. Such things have been said down through the centuries since then. For Jesus really did proclaim Himself as the Son of God. He taught in many parables and fashioned many figures of speech in discourses and conversations.

However, when Jesus talked of Who He is, He was clear and direct.

Is anyone thirsty? Jesus said, “Come to Me and drink.” To the hungry, He declared, “I am the Bread of life.” For the weak and heavy laden, His instruction was this: “Come unto Me and I will give You rest.” He also said, “I am the Way, the Truth, and the Life; none comes to the Father but by Me.”

These are high claims. No other figure in history has made such statements about himself. Jesus, God with us, truly carried Himself as the King of kings and Lord of lords. He lived a humble and real life as a human being. Still, He never denied the essence of His divine nature. He always spoke with the authority that He and He alone possessed.

Question Authority – that bumper sticker was a popular one a few years ago. It could be seen on cars and trucks all over the roadways. It’s a sentiment that does not fade for it is perpetuated by the ruler of this present evil world.

Away with Jesus — let Him be gone.

The chief priests uttered these very words, according to the gospel of John. These are among the most tragic words ever spoken.  “Away with Jesus; we want Caesar.”  Good riddance, Heaven; hello Rome. So long Prince of Peace; welcome prince and power of the air.

The mob ruled, and won the battle. It lost the war, however. Judah and Jerusalem would never be the same. Within a few decades, Roman legions would wreck, ruin, and decimate the holy city of David. Caesar came and conquered by crushing, killing, and destroying a community and nation.

This is the way of the devil and the way of hell’s world. The cosmic system runs on this dynamic: Caesar is king, and we would rather have Barrabas. And, it knows not what it does, nor the ramifications of its godless choices. With muscle and manipulation, Satan orchestrates activity and actions that only lead to destruction.

We see it every day in newscasts and read it in the headlines. The devil does have his days, but those days are numbered. They shall come to an end.

The Day of the Lord, it is our hope and our promise. Why? Because Christ the Lamb refused to take any of the bait thrown before Him.

Never did Jesus stoop to fight on Satan’s terms. He finished His work of redemption as the gentle Man of Sorrows, as One meek and lowly of heart, the Lamb led to the slaughter for the sins of the world.

In the wilderness, Jesus answered every challenge from the Scriptures. By this, He communicated the ultimate power of the Word of God. (See Matthew 4 and Luke 4.)

He possessed all power on earth and in heaven. At His disposal were legions of angelic forces. Mockers at Calvary demanded He demonstrate His identity with strength and miracle. Instead, Jesus hung in agony and still spoke sentences of care, forgiveness, salvation, and fulfillment.

Away Jesus did go into the realm of death and the grave. There, the power of Christ’s pure and perfect life broke every chain. The tomb could not keep Him. The gates of hell had to go under. The Holy One suffered no corruption.

He lives, and so we have life and life more abundantly.

“You can have all this world, but give me Jesus.”

For more about these things, watch “Barrabas, the World, Guilt and Grace,” a message from Thomas Schaller, Pastor of Greater Grace Church of Baltimore.