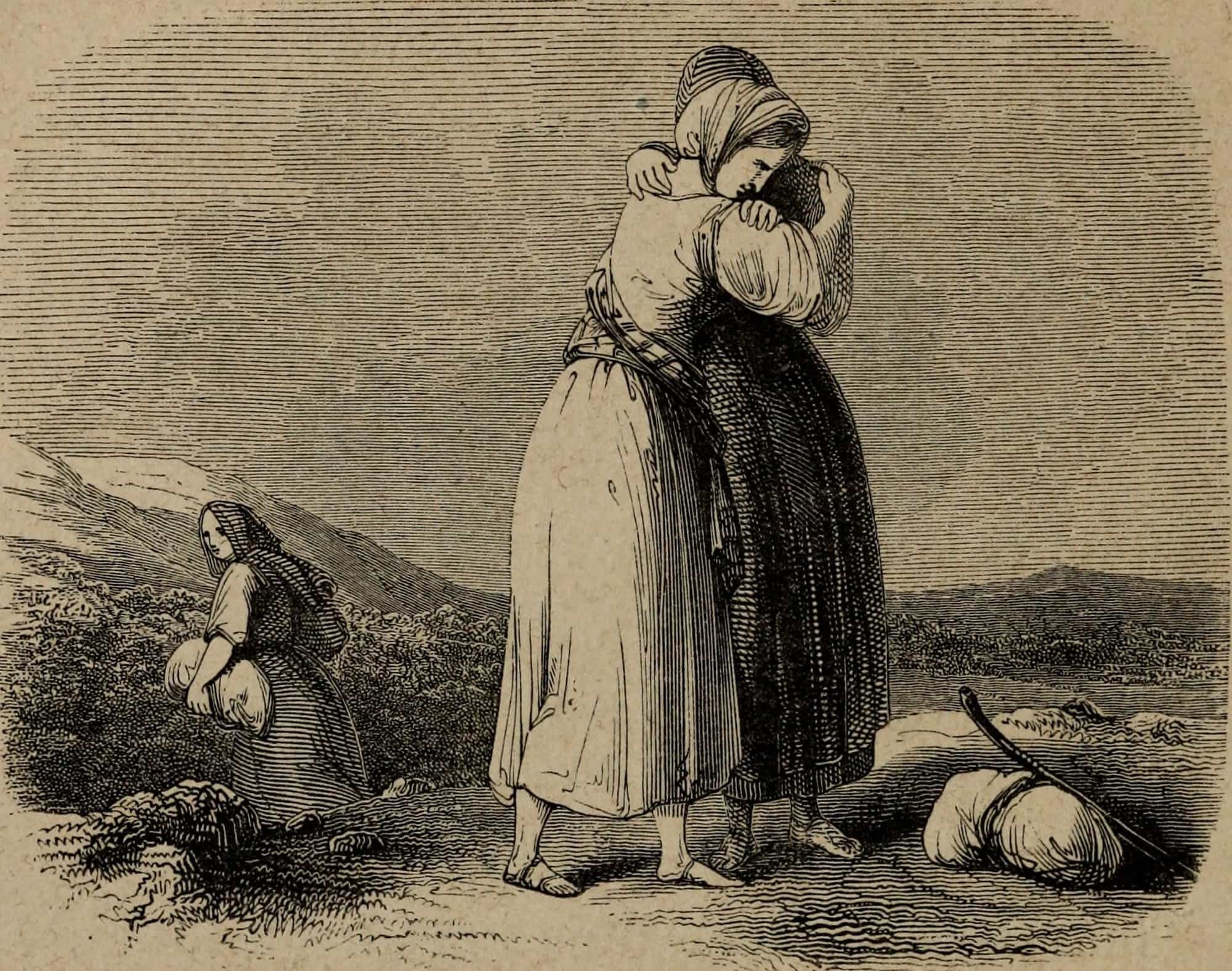 Ruth came out of Moab, a nation with a strange and despicable origin. This people group’s ancestry reached back to Lot and the days after the destruction of Sodom and Gomorrah. In the midst of his family’s escape from the fire fall, Lot’s wife lagged behind and turned her gaze back toward the cities and became a pillar of salt.

Lot and his two daughters wound up in a cave near the town of Zoar. They hid themselves away in fear that the whole world was being destroyed. With this mindset, the women determined it was left to them and their father to repopulate the earth. They executed a scheme to make Lot drunk and sleep with him over two nights. Both daughters became pregnant – the oldest bore a son and called him Moab.

Out of this disaster, and the incest that followed, grew an idolatrous nation that came to be a torment to Israel. It was the king of Moab who hired soothsayer  Balaam to curse the people of God as they marched toward Canaan. The Lord refused to allow Balaam to cast his spells; rather, He used this “prophet” to pronounce great blessings and a prosperous, victorious future for Israel.  This account is found in Numbers, chapters 22 through 24.

Balaam may have failed in delivering his brand of curse on the people. However, he did orchestrate a Moabite plan to entice Israel into idolatry. In essence, Balaam tricked Israel into bringing a curse upon herself, as the people bowed to the gods of Moab (see Numbers 25:1-9). “Balaam …  taught Balak (Moab’s king) to put a stumbling block before the sons of Israel, so that they might eat food sacrificed to idols and practice sexual immorality” (Revelation 2:14).

Her story began with disaster that struck a family from Bethlehem. Famine in Israel prompted Elimelech to move to Moab with his wife, Naomi, and his two sons. This father and husband ran from the Land of Promise to enemy territory and died there. The sons took Moabites for wives, but they, too, were dead within 10 years.

Her family reduced to three widows, Naomi became bitter and homesick – especially since she had received news that there was food in Judah. It seems she was determined to make a clean break from Moab and all that had befallen her there. She told her daughters-in-law to go back to their people and their gods. Orpah kissed Naomi and bid her farewell.

Ruth, however, stood unmoved. She refused to leave Naomi, saying, “Your people shall be my people, and your God my God” (Ruth 1:16).

The bitterness of Naomi could not erase from Ruth’s heart the reality of the Lord. Click To Tweet

This speaks to me about how God’s Word never returns void. The stories of the God of Naomi, the God of Israel, the one true God, had touched Ruth. She believed those words and clung to the woman who spoke them to her. The bitterness of Naomi could not erase from Ruth’s heart the reality of the Lord. She knew what Moab’s gods were like, and she had long since said good riddance to them.

Naomi had a friend indeed, someone who “stuck closer than a brother” to her. Even her bitter words and insulting silence could not drive Ruth away.

Back in Bethlehem, Ruth served Naomi. She found the fields owned by Boaz, a man of the Word. His business practice included obedience to Leviticus 23:  “And when ye reap the harvest of your land, thou shalt not make clean riddance of the corners of thy field when thou reapest, neither shalt thou gather any gleaning of thy harvest: thou shalt leave them unto the poor, and to the stranger:  I am the Lord your God” (verse 22).

A woman of faith found her way to a man of faithfulness to the truth. When Ruth told Naomi of the kindness shown by Boaz, the cloud of disappointment began to lift from Naomi. She even entered into matchmaking mode and schooled Ruth in how to capture Boaz’s heart.

Ruth did as she was told. Boaz found her at his feet, and ever the man of the Law, he carefully followed through the legal process to make Ruth his bride. In time, Ruth gave birth to a son, and Naomi rejoiced with family and friends as a joyful grandmother. “And the women said to Naomi, Blessed be the Lord, who has not left you this day without a kinsman, that his name shall be famous in Israel. And he shall be unto you a restorer of life, and a nourisher of your old age: for your daughter-in-law, who loves you and is better to you than seven sons, has born him” (Ruth 4:14-15).

This son was Obed, the grandfather of King David. Ruth of Moab brought the line of her people, a line started in such disorder in a dark cave outside of Sodom and Gomorrah, into the ancestry of the King of kings and Lord of lords (see Matthew 1 for further evidence).

This stands a real and true happily-ever-after story.

Bitter people can get better. Ruth’s determination and Boaz’s quiet, simple life of obedience combined to turn a sad heart back to the Lord.