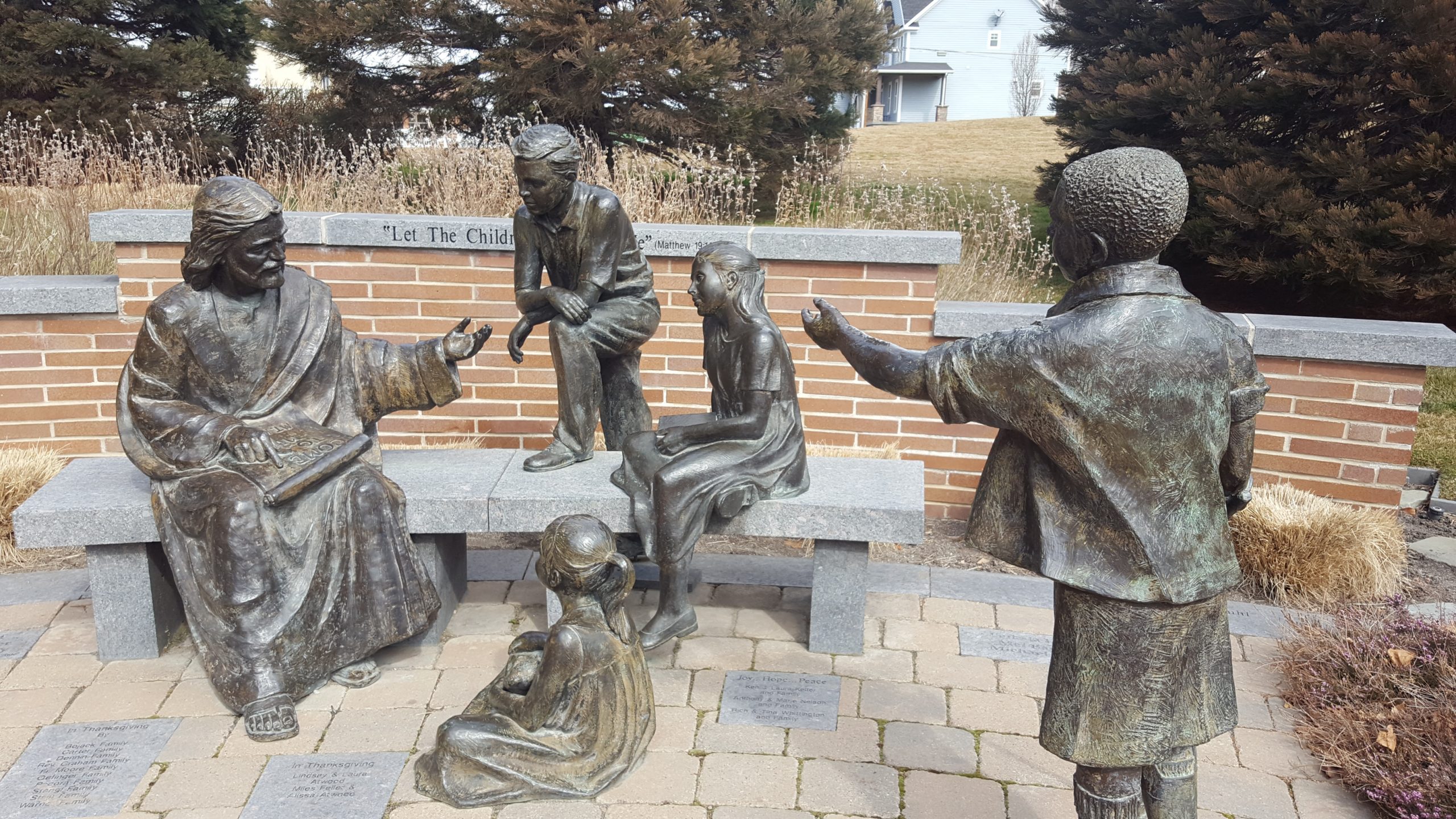 Jesus overheard something His disciples likely didn’t want Him to hear. They were at odds. At issue was the question as to who was the greatest among them. Their discussions on this matter led to a supreme teachable moment from the Savior.

This is the secret to greatness. How do we see the children?

These were the lesser ones, the forgotten ones, the forsaken ones. In the eyes of the culture during Jesus’ days on earth, children were a bother. They were often throwaways. Many perished early in life. Many of those who survived lived in bitter circumstances.

The arms of Jesus were open to them, and so His followers were to open their arms to them as well. Serve the little ones; that’s what counts, Jesus said. The servant of all, he is the one who carries the measure of greatness in the Kingdom of God.

The Faith of a Child

There’s another secret to greatness by Heaven’s standard. It is found in seeing yourself as a child, Jesus taught. In fact, He said the doors to the Kingdom open only to those who are as “little” children (see Matthew 18:1-4).

Psalm 131 shows us the characteristics of childlike faith.

“O Lord, my heart is not lifted up; my eyes are not raised too high; I do not occupy myself with things too great and too marvelous for me. But I have calmed and quieted my soul, like a weaned child with its mother; like a weaned child is my soul within me. O Israel, hope in the Lord from this time forth and forevermore.”

High thoughts are not the thoughts of a child. Little ones don’t think of power plays and schemes of control. Yes, mischievous episodes do occur. Children do try to get their way. They throw tantrums and make pleas for this and for that. But they are quick to see delight and to shout and to sing and to laugh.

People climbing the ladder of success and trying to chase down the lead rodent in the rat race of life have little room for delight. Children, however, prance and play, as David did before the Lord.

David was such a child at heart, and for this reason, I believe, God made him king and assigned the throne to his family forever. Click To Tweet

David was such a child at heart, and for this reason, I believe, God made him king and assigned the throne to his family forever. So childlike was David that he danced before the Lord in his underwear (see 2 Samuel 6:14).

The king did this as the Ark of the Covenant with the Mercy Seat was brought to his backyard in Jerusalem. Gone were all the priestly regulations related to this holy piece of furniture. For these moments, the Ark was not hidden away behind thick veils embroidered with guardian cherubim.

The Ark represented the Presence of God and His glory. This was no time for a somber mood and a hushed, religious atmosphere. This was party time, and David knew it. He was such a kid that day that he couldn’t help himself.

Some were bothered that David was so free and playful before the Lord. His wife, Michal, despised his display of joy and told him so. Her bitter criticism left her barren in heart and bereft of children (see 2 Samuel 6:20-23). I mean how could one who despised another’s childlikeness be entrusted with little ones?

This is precisely how Jesus is instructing us in the path to greatness.

Much is too great and too marvelous for us to understand. To become over occupied with this stuff brings a stifling spirit to our lives.

Some mysteries will remain mysteries forever. Why? I think it is because the Lord has determined that some of life should be like hide and seek, as the proverb says, “It is the glory of the Lord to conceal a thing” (Proverbs 25:2). A Jason Gray song has this line in it:  “…a love that is unending isn’t meant for comprehending.”

Be a kid. Be a weaned child who can feed on solid food.

Yes, have some maturity. Let the Spirit bring calm and quiet when these things are needed. But don’t let yourself become grizzled and withered. Let the joy of the Lord be your strength.

And see the children. Invite them in. Play along. Sing His songs with them. This is the essence of our forever hope.

We need not worry about what Jesus thinks about us. He has told us very much about that. We are loved always and forever. We see in our hearts His open arms and we know we can run into them.

I have thought about and imagined this:  What will the streets of the New Jerusalem of the New Earth be like?

I believe those streets will be streets full of kids, maybe kids in underwear, dancing the David dance with full joy in the presence of the Lord.

Yes, the child in my heart sees the eternal New Creation this way. And it makes me want to dance.