Be Strong and Courageous 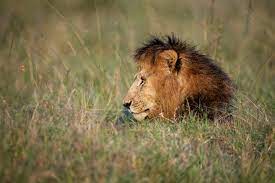 This condition is a symptom of today’s society and caused by a lack of convictions for the truth. When peer pressure supersedes doing the right thing, we become part of the herd and subject to all kinds of variant influences, many being very destructive. The apostle Paul tells us, But the Spirit explicitly says that in later times some will fall away from the faith, paying attention to deceitful spirits and doctrines of demons, by means of the hypocrisy of liars seared in their own conscience as with a branding iron (1 Timothy 4:1-2). Having the courage to stand for one’s convictions is not an accident but is the result of a decision to stand for things that are important.

From Moses to Joshua

Now it came about after the death of Moses the servant of the Lord, that the Lord spoke to Joshua the son of Nun, Moses’ servant, saying, “Moses My servant is dead; now therefore arise, cross this Jordan, you and all this people, to the land which I am giving to them, to the sons of Israel. “Every place on which the sole of your foot treads, I have given it to you, just as I spoke to Moses. “From the wilderness and this Lebanon, even as far as the great river, the river Euphrates, all the land of the Hittites, and as far as the Great Sea toward the setting of the sun will be your territory. “No man will be able to stand before you all the days of your life.  Just as I have been with Moses, I will be with you; I will not fail you or forsake you. “Be strong [hazaq – verb meaning to be strong, courageous] and courageous [amas – verb meaning to be strong, determined, courageous], for you shall give this people possession of the land which I swore to their fathers to give them. “Only be strong and very courageous; be careful [observe]to do according to all the law which Moses My servant commanded you; do not turn from it to the right or to the left, so that you may have success wherever you go. “This book of the law shall not depart from your mouth, but you shall meditate on it day and night, so that you may be careful to do according to all that is written in it; for then you will make your way prosperous, and then you will have success. “Have I not commanded you? Be strong and courageous! Do not tremble or be dismayed, for the Lord your God is with you wherever you go” (Joshua 1:1-9)

A good case study of this subject is the story of the transfer of the leadership of the Jews from Moses to Joshua. The above passage reveals a number of issues related to this event. Joshua is now in charge as the previous leader is dead. It is time to take the people into their promised land after forty years of wandering. Joshua had demonstrated his worthiness as the leader after serving Moses as his servant as well as being one of the two of twelve spies that supported the immediate occupation of Canaan some thirty-eight years earlier (Numbers 13 & 14). Deuteronomy 34:9 tells us, “Now Joshua the son of Nun was filled with the spirit of wisdom, for Moses had laid his hands on him; and the sons of Israel listened to him and did as the Lord had commanded Moses.” Joshua’s commitment to follow the Lord was complete, full, with all his heart. In Joshua 14:8, “Nevertheless my brethren who went up with me made the heart of the people melt with fear; but I followed the Lord my God fully.”

The confidence that Caleb and Joshua demonstrated in the Lord is exemplified in the promises the Lord made to Joshua. “Every place on which the sole of your foot treads, I have given it to you, just as I spoke to Moses.” He further promised to give them the land as He had promised to Abraham, Isaac and Jacob. “No man will be able to stand before you all the days of your life” (Verse 5). He was promising to be their strength and protector against all of their enemies. This reminds me of Psalm 121, one of the fifteen songs of degrees, sung by the travelers on their way to Jerusalem to celebrate major Jewish festivals, a psalm of recognizing the Lord as Keeper. In Verses 7-8, “The Lord will protect you from all evil; He will keep your soul. The Lord will guard your going out and your coming in from this time forth and forever.” It was sung as Mount Zion, symbolic of God’s presence, came into view from a distance on the last evening of the trek.

In Joshua 1:6, 7 and 9, the Lord was emphasizing the principle of courage, demonstrating strength in all situations. The Hebrew words, hazaq and amasmean the same things, strength and courage, determination. Yahweh has given them the basis for this strength and courage, namely His promises to His people that he would protect them from every enemy. It is His strength that becomes the believers’ strength when they exercise real faith. In Ephesians 6:10, Finally, be strong [dunamis – God’s ability] in the Lordand in the strength [kratos – strength or might] of His might [ischus – physical strength]. In the new covenant age in which we belong, this faith is predicated on God’s grace, His free gift. In 2 Timothy 2:1, You therefore, my son, be strong in the grace that is in Christ Jesus. The believer’s ability is directly tied to receiving God’s ability on the basis of faith. Paul further states in 2 Corinthians 12 that God’s strength is perfected in his own weakness.

We can trust the Lord because He has proven His faithfulness over and over again. When addressing those in captivity in Isaiah 41:10-14, He made the following promises,

“Do not fear, for I am with you; do not anxiously look about you, for I am your God. I will strengthen you, surely, I will help you, surely I will uphold you with My righteous right hand. Behold, all those who are angered at you will be shamed and dishonored; those who contend with you will be as nothing and will perish. You will seek those who quarrel with you, but will not find them, those who war with you will be as nothing and non-existent. For I am the Lord your God, who upholds your right hand, who says to you, ‘Do not fear, I will help you.’ Do not fear, you worm Jacob, you men of Israel; I will help you, declares the Lord, and your Redeemer is the Holy One of Israel.”

The history of the Hebrew nation is filled with many events of God moving miraculously to protect and deliver them and yet they “drifted” in their faith. In Hebrews 2:1, the writer warns the believer to a spiritual phenomenon that can happen to anyone. It involves the “drifting away” from the faith. The Greek word used is pararreoe and it means a slipping away, a gradual and almost unnoticeable movement as a result of a deviation from the truth. The solution to this spiritual warfare is to pay closer attention [prosechoe – to hold the mind in a particular direction] “to what we have heard.” In Deuteronomy 4:9, Moses writes “Only give heed to yourself and keep your soul diligently, so that you do not forget the things which your eyes have seen, and they do not depart from your heart all the days of your life; but make them known to your sons and your grandsons”. The spiritual principle being taught is an attention of the heart to divine instruction as the Holy Spirit illuminates’ truth in the inner man. Without this approach, we are subject to a slackness in our relationship with God. This may be the most important theme addressed in the book of Hebrews.

Our Inheritance is Rest

Therefore, let us fear if, while a promise remains of entering His rest, any one of you may seem to have come short of it. For indeed we have had good news preached to us, just as they also; but the word they heard did not profit them, because it was not united by faith in those who heard. For we who have believed enter that rest, just as He has said, “AS I SWORE IN MY WRATH, THEY SHALL NOT ENTER MY REST,” although His works were finished from the foundation of the world. For He has said somewhere concerning the seventh day: “AND GOD RESTED ON THE SEVENTH DAY FROM ALL HIS WORKS”; and again in this passage, “THEY SHALL NOT ENTER MY REST.” Therefore, since it remains for some to enter it, and those who formerly had good news preached to them failed to enter because of disobedience, He again fixes a certain day, “Today,” saying through David after so long a time just as has been said before, “TODAY IF YOU HEAR HIS VOICE, DO NOT HARDEN YOUR HEARTS.” For if Joshua had given them rest, He would not have spoken of another day after that. So there remains a Sabbath rest for the people of God. For the one who has entered His rest has himself also rested from his works, as God did from His. Therefore, let us be diligent [earnest, eager]to enter that rest, so that no one will fall, through following the same example of disobedience [willful unbelief]. (Hebrews 4:1-11)

The writer of Hebrews testifies that how the believer receives the Word of God determines his ability to rest, in contrast to the Jews, who wandered forty years in the wilderness. This rest, katapausis, is a ceasing from labor and represents the eternal state all believers will experience in the presence of God. It means that there is nothing more that the believer must do to gain God’s approval; His work is complete, perfect, finished. As quoted above in Joshua 1:8, an emphasis is made on the Word of God, meditating on it day and night, so that you may be careful to do according to all that is written in it; for then you will make your way prosperous, and then you will have success. This meditation produces an awareness of evil and a conviction to Watch the path of your feet and all your ways will be established (Proverbs 4:26).

Take care, brethren, that there not be in any one of you an evil, unbelieving heart that falls away from the living God. But encourage one another day after day, as long as it is still called Today, so that none of you will be hardened by the deceitfulness of sin. For we have become partakers of Christ, if we hold fast thebeginning of our assurance firm until the end. (Hebrews 3:12-14)

Becoming partakers of Christ, a union of principle and priority with Savior and Lord, is the result of a choice to live in an awareness of evil and the things present that are intended to rob the believer of his faith in the living God. It is a community effort as each encourages one another day after day in the excellencies of our God. It reminds me of a Peanuts cartoon, where Lucy demands that Linus change the TV channel, threatening him with her fist. “What makes you think that you can walk in here and take over?” Linus asks. “These five fingers,” says Lucy. “Individually they’re nothing, but when I curl them together like this into a single unit, they form a weapon that is terrible to behold.” Linus, defeated, replies, “Which channel do you want?” Then he looks at his own fingers and says, “Why can’t you guys get organized like that?” The community of believers is a support system to help keep each holding fast to the faith. The body of Christ should be seen as a fist, not just a bunch of fingers.