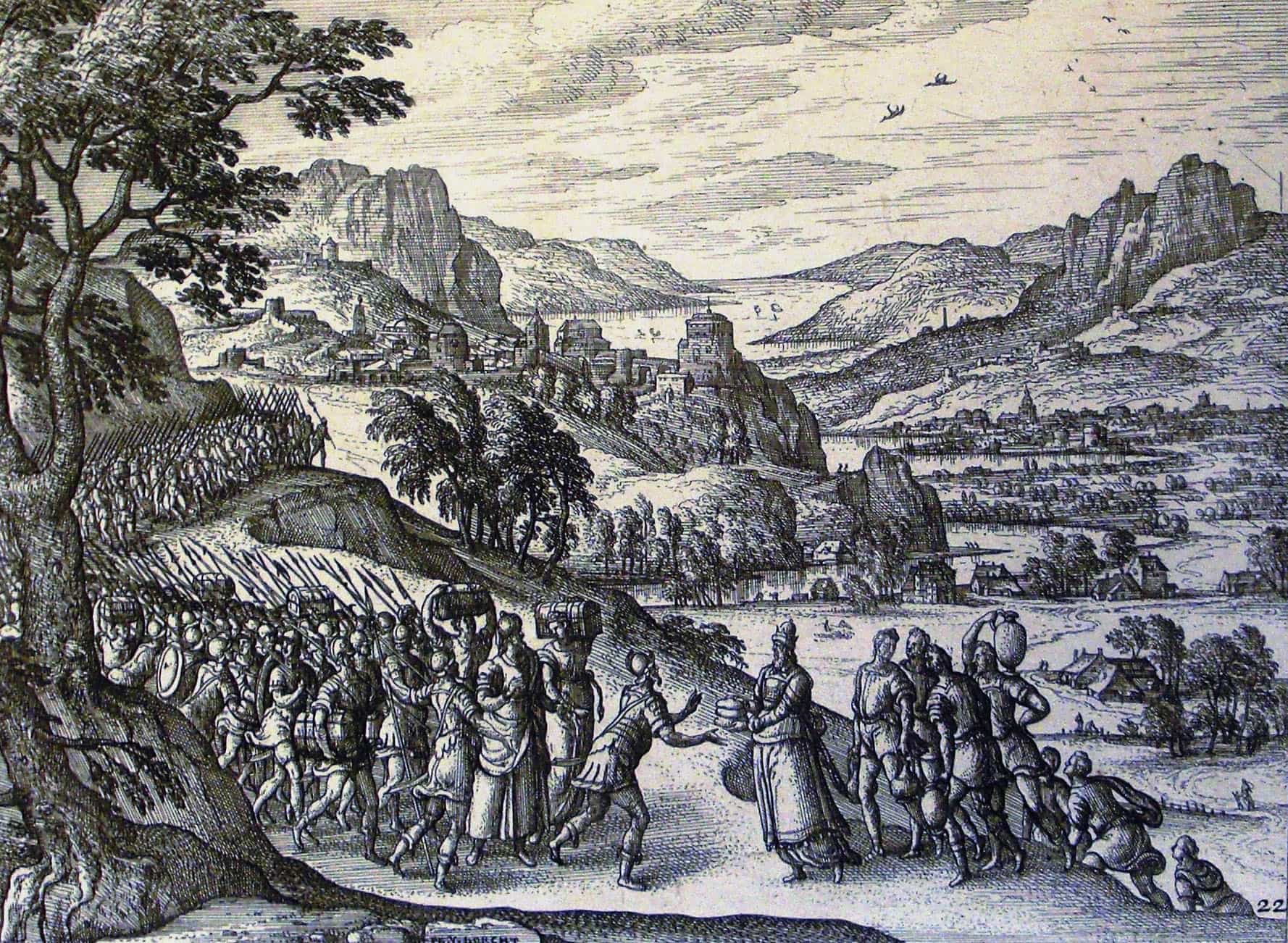 Melchizedek  appeared suddenly.  This man of mystery showed himself to Abraham and shared with him bread, wine and a blessing.

We first read the story of this King/Priest in Genesis 14. Abraham had just accomplished something remarkable. His small band of 318 men defeated the army that had raided Sodom and Gomorrah, carrying away all of the cities’ possessions and people. Lot, nephew to Abraham, and his family were among those taken captive.

Abraham got word of Lot’s fate and took action. It was a step of courage and faith. He divided his small band of trained men and staged a nighttime attack. The result? Total victory and honor from the king of Sodom, a man no doubt delighted that his city’s wealth and its citizens had been delivered.

Melchizedek arrived after the battle had been won and made this proclamation: “Blessed be Abram by God Most High, Possessor of heaven and earth; and blessed be God Most High, who has delivered your enemies into your hand” (Genesis 14:19-20).

These words moved Abraham. He gave Melchizedek a tenth of everything; it was an offering that revealed something about Abraham’s heart. He saw his triumph as God-given and so he gave.

Such things happen when we meet someone like Melchizedek, whose name means “King of righteousness.” He’s also described as the “king of Salem” and a “priest of God Most High.”

Who is this man with power to bless? Where did he come from?

We read no record of him among the early genealogies contained in Genesis. The book of Hebrews tells us that Melchizedek represented a holy order of forever priests, whose father and mother remain unknown and whose birthdays and deaths are hidden from view. Some Bible scholars view Melchizedek as Christ Himself, classifying his appearance among Jesus’ pre-incarnate appearances, similar to the revelation of “the Captain of the Host of the Lord” in Joshua 5.

It is the presence of righteousness, I think, that most affects Abraham. This righteousness does not drive him to run and hide, but to be still and know that God is with him. He welcomes the blessing, partakes of the table, and lifts his hand to the Lord.

This righteousness does not drive him to run and hide, but to be still and know that God is with him. Click To Tweet

Jesus had the same effect on the people who came to Him. Like Melchizedek, He suddenly came to “His Temple,” as prophesied in Malachi 3:1. The true sense of righteousness was what Christ presented as the Word Made Flesh. He was zealous to reveal what was right and real and to expose the false and the fading. The desperately wicked who recognized the true state of their hearts came to Him, seeing His Way, His Truth, and His Life; they rightly saw Him as their only hope. And, they lifted their hands to Him, God Most High.

Another interesting element to the story in Genesis 14 is the king of Sodom. He, too, came to Abraham, but his approach is all business. He saw Abraham’s actions as mercenary; he treated him as a soldier for hire and wanted to pay him off. “Give me the persons, but take the goods for yourself,” the king said.

Abraham refused the offer entirely: “I would not take a thread or sandal strap or anything that is yours.” At Melchizedek’s table, Abraham had lifted his hand to God, and now he would not let himself be cheaply tied to a worldly kingdom. Sodom comes to its doom later in Genesis; in this chapter, however, it seems the city’s king got a witness from a man who followed God. Given what we know about Sodom’s fate, this witness of righteousness went unheeded.

I could so easily allow myself to be roped into something carnal; my soul, in the natural, is given to making attachments that draw me away from the Lord.  Abraham and the story of Genesis 14 show the way for me. Christ’s Spirit dwells in me. He showed up suddenly one day in my life and chose His way. I called upon His Name and was saved. He met me and spread a table in the midst of my enemies – my lusts, my pride, and my world.

I could never have made myself better, but I did what I could: “I believed on Him whom God sent” (see John 6:28-29). I chose to become blessed of the Better, blessed by the Best really. The King of All Righteousness made me new with a heart that now follows after Him.

May we learn to live deeply by His Spirit and Truth.

For more about Melchizedek and Jesus Christ, check out “Blessed of the Better,” a message from Thomas Schaller, Pastor of Greater Grace Church of Baltimore.