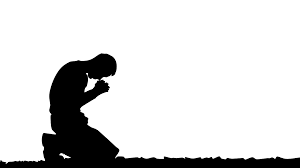 What do we return evil with?

What do we as Christians give ourselves to when we are misunderstood, falsely accused, depreciated?  Do we lose our peace, our temper, our “Finished Work poise”?  Do we seek revenge, retribution, our “just deserts”?  Or, instead of being overwhelmed and overcome with evil, do we receive Grace to overcome and master evil with Divine good?(Romans 12:21)  David wrote in Psalm 109:4 that “In return for my love they are my adversaries, but I give myself to prayer.”  Though he could have  reacted, gotten depressed, forfeited the peace the Lord promises, and “returned evil for evil” (Rom.12:17-21), he resorted to prayer.

Prayer in the beginning of a crisis brings peace in the end.

In II Chronicles 20:2-18 the adversaries of King Jehoshaphat are those who had received favor from the Lord by forbidding Israel to invade their lands and destroy them as Israel came from Egypt to the Promised Land (vv 10,11).  The king was wise in not allowing Israel to avenge herself but rather letting God avenge them (Rom.12:19).  And indeed He did (vv 19-30)!  “The Lord says this to you:  Be not afraid or dismayed…;  for the battle is not yours, but God’s.” (v.15)  In verse 17 we read that the Lord reaffirms this promise:  “You shall not need to fight in this battle;  take your positions, stand still, and see the deliverance of the Lord [Who is] with you … Fear not nor be dismayed.  Tomorrow go out against them, for the Lord is with you.”  Jehoshaphat simply believed Him and obeyed Him, because he trusted in His continual Presence with them – i.e., his heart was established in the fear of the Lord (Eccl.8:12, Ampl).  Thus, his response was worship (v.18);  and what was the final outcome of his decision to pray, trust, obey, and worship?  “So the realm of Jehoshaphat was quiet, for his God gave him rest round about.”  “Oh, what peace we often forfeit! … All because we do not carry everything to God in prayer!” (from “What a Friend We Have in Jesus!”, (Joseph M. Scriven)

Each time, they cried to the Lord, and He delivered them.

Four times in Psalm 107 we read about people in trouble who, in their particular and dire straits, cried out to the Lord for help;  and each time He rescued them out of their distresses.  The last group mentioned were merchants who were “at their wits’ end” in a severe storm (v.27).  What did they do?  They prayed.  “Then they cry to the Lord in their trouble, and He brings them out of their distresses.”  But not only does He perform the bare minimum for them, but He also hushes the storm to a calm …, so that the waves of the sea are still.” (v.29)  PEACE!  As in the account of King Jehoshaphat prayer in the beginning of the trouble brought peace in the end … and joy as well:  “Then the men are glad, because of the calm, and He brings them to their desired haven.” (v.30)

The Lord longs to reward prayer with Grace, that He might lift Himself up, and have Mercy (Isaiah 30:18)

Although Gideon didn't have courage at first to go after the Midianites, he did know to go to the Lord and speak to Him about his trouble. Click To Tweet

“[The Lord] will surely be gracious to you at the sound of your cry;  when He hears it, He will answer you.” (v.19)  In Judges 6, Israel had disobeyed the Voice of God repeatedly and embraced the gods of the heathen round about them unashamedly, whose influence impoverished them instead of prospering them.  Nonetheless,  they eventually cried out to the Lord, and He, after reminding them of their failure to submit to His prophets and His Word, was merciful to them and raised up Gideon, who, in his own weakness and insecurity and sense of inadequacy, spoke with the Lord – even asking Him for signs, which the Lord granted!  Although Gideon didn’t have the courage to accept God’s call at first, or to go after the Midianites, he did know to go to the Lord and to speak to Him about his trouble, and to ask for what he believed he needed.  The Lord indeed answered and even performed something very unique and powerful for His timid little representative:  “The Spirit of the Lord clothed Gideon with Himself and took possession of him.” (v.34)  How could Gideon not come off with a victory against his adversaries with such “an exceedingly abundantly beyond all that he had asked for” response from God?!

The same one who firmly stated  in Psalm 109:4 “but I give myself to prayer.”, when dealing with adversaries, did just that when confronted by Nathan the prophet in II Samuel 12 regarding his unconfessed sin of committing adultery with Bathsheba and having her husband killed.  Once David was convicted of God’s displeasure at what he had done, he owned up to it:  “I have sinned against the Lord.”  (v.13)  Then when the Lord afflicted the child,  he gave himself to prayer:  ” he besought the Lord for the child;  [he] fasted and went in and lay all night repeatedly on the floor.” (v.16), for seven days.  When his servants told him that the child had died, he trusted that the Lord had done this, and he got up, washed,  anointed himself, and changed his clothes, “and went into the House of the Lord and worshiped.” (v.19,20)  Then he went to his own house and asked for food.

He didn’t strive to reverse the evil he had done.  He received Mercy, trustomg God that he would see the child again and that God in His Wisdom had done what He willed.  He resorted to prayer and ended with peace.

“Our inability is simply God’s opportunity to respond to our availability.”  (Dr.Carl H.Stevens)

The Lord longs to hear our voices crying out to Him in our trouble and to be for us a very present help in those times. Click To Tweet

We all have difficult situations in our lives which either seem or are impossible for man to deal with. But nothing is difficult for God!  (Luke 1:37;  18:27)  He simply longs to hear our voices crying out to Him in our trouble and to be for us a very present help in those times (Psalm 46:1)  Let’s do as David did, as a way of life, as a habit:  “I love the Lord, because He has heard [and now hears] my voice and my supplications.  Because He has inclined His ear to me, therefore will I call upon Him as long as I live.” (Psalm 116: 1,2)   He lived “praying without ceasing” as  we see all throughout his Psalms.

Sometimes David’s prayers were short, ejaculatory cries for help, and other times he spent long in prayer. However brief or long his prayers, he knew that only in and from the Lord his God was his help; and as the Lord did with him so He will do with us:  lead us into “giving ourselves to prayer”, teaching us how to get hold of Him as  He did those mentioned in the preceding paragraphs

“The meaning of prayer is that we get hold of God, not of the answer.” (Oswald Chambers)