Carl H. Stevens Jr., longtime pastor of Greater Grace World Outreach in East Baltimore and one of the pioneers of Christian talk radio, died Tuesday evening at his home of congestive heart failure. The Fallston, Md., resident was 78.

Beloved by many for his big heart, quick wit and deep, well-studied presentations of the Word of God, Pastor Stevens served as a minister for more than 50 years throughout New England and the Atlantic seaboard. Greater Grace church has nearly 1,200 members and is a thriving home base to a missionary-oriented organization that has touched every continent.

“We will continue to reflect on the great privilege of walking with a true man of God,” said Thomas P. Schaller, overseeing pastor and presiding elder of Greater Grace World Outreach. “How much have our lives been enriched? How much have we learned that perhaps we would never have learned? The fruit around the world speaks of God’s great grace towards all those that delight in His word. Pastor loved His Word.” 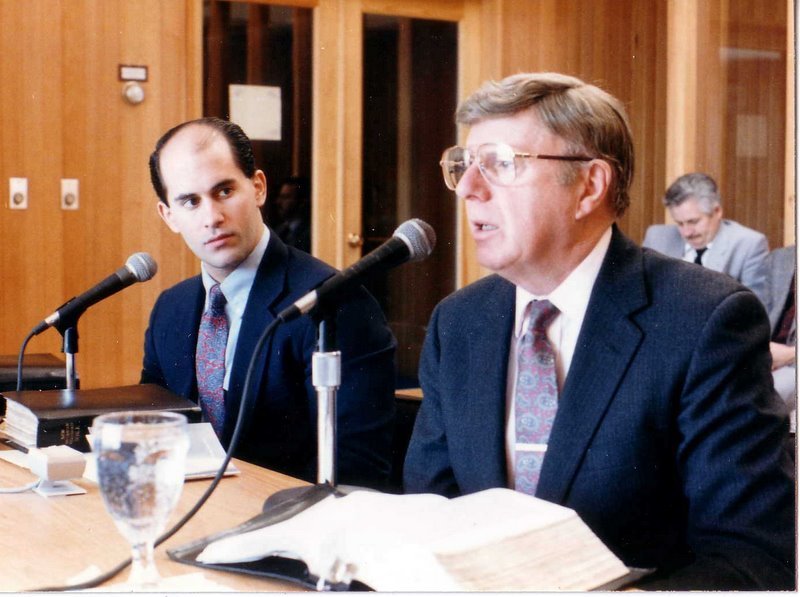 In 1964, Pastor Stevens became co-host of one of the nation’s first Christian talk radio shows. The program was broadcast live over WDCS in Portland, Maine, and focused on Bible questions and comments phoned in from the listening audience. The format attracted many listeners and Pastor Stevens became the show’s full-time host in 1973, the same year that WROL in Boston became the program’s flagship carrier. This effective and popular format still draws listeners across the nation with the Grace Hour program, which has been broadcast from studios in Baltimore since 1987. The show has received multiple Angel Awards from Excellence in Media, a California-based organization dedicated to the promotion of family-oriented programming. 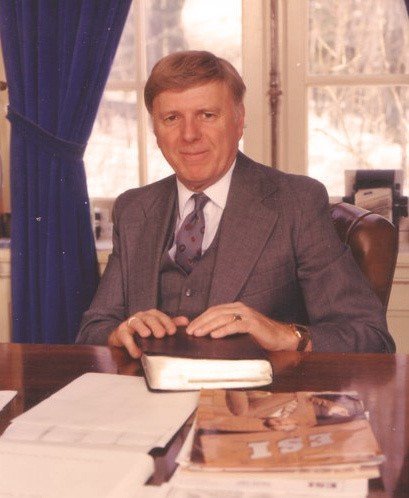 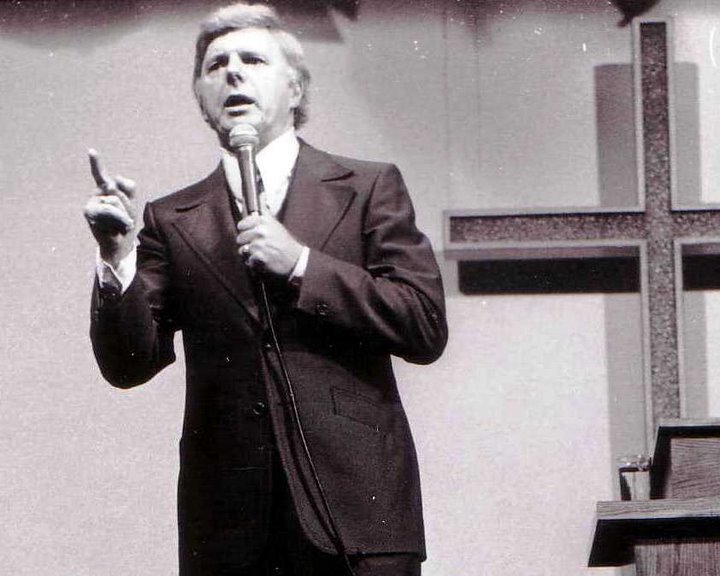 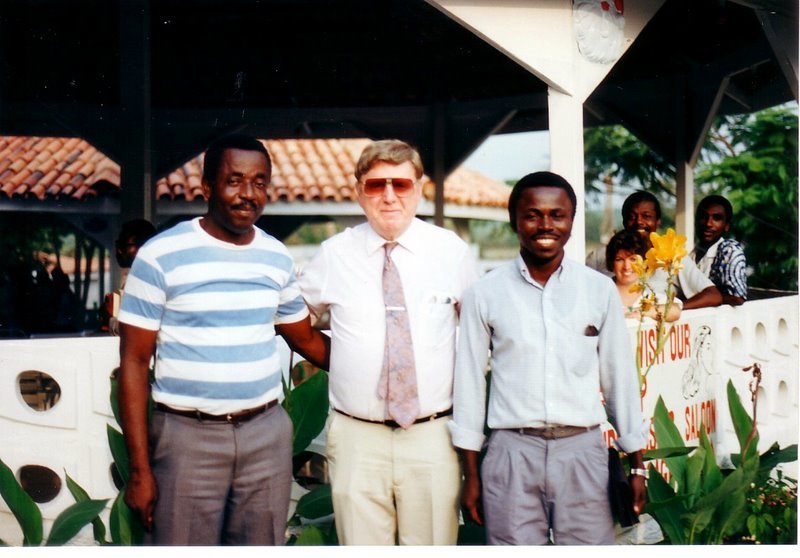 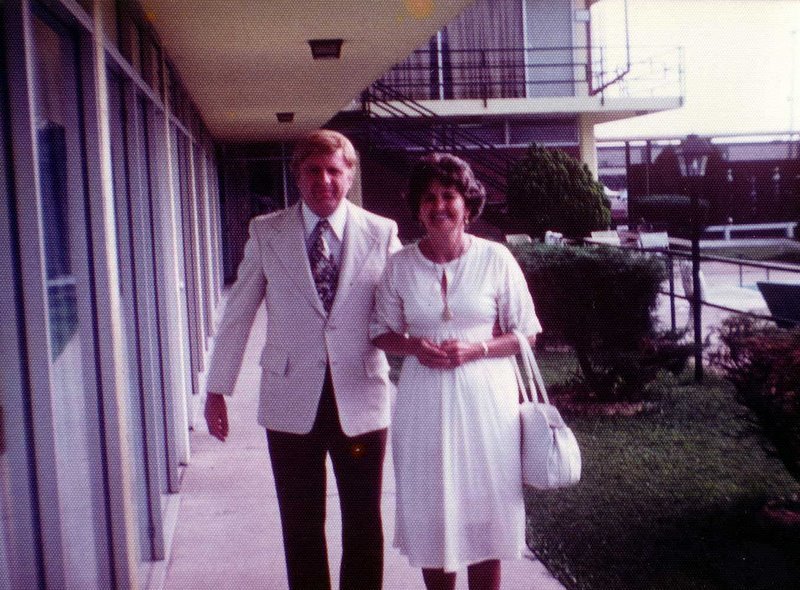 Pastor Stevens, born in West Sumner, Maine, in 1929, established and pastored large churches in Maine, Massachusetts and Maryland after entering the ministry full-time in 1954. He began his Christian work with the Youth for Christ and Gideon organizations of Central Maine. To that point, Pastor Stevens continued to work as a salesman and business leader in the area near his hometown.

His entrance into the pastorate came after what he described as a spiritual encounter at Worthly Pond in Maine. It was there that Pastor Stevens recognized his calling to develop a ministry that would emphasize evangelism, worldwide missions work and a school of the Bible. At present, Greater Grace has more than 460 voluntarily affiliated churches in the U.S. and in 70 nations worldwide.

Pastor Stevens was raised by his widowed mother after his father died when he was 3 and in his youth he worked long days on the family’s farm. At the age of 23, Pastor was led to Christ by his first wife, the former Barbara Louis Rowe, who died of leukemia in 1978. Following the death of her sister Bernice, Barbara and another sister – Leone — sought comfort by attending a service at West Sumner Baptist Church. Barbara became a Christian at that service. She then returned home and presented the Gospel message to her husband. On that same day, Pastor Stevens received the Savior.

After becoming a Christian, Pastor Stevens dedicated himself to Bible study. He would often spend hours every evening memorizing Scriptures and reading texts on theology. He soon became a much-in-demand speaker at youth rallies and Christian businessmen’s meetings.

After being ordained by the Bible Baptist ministerial counsel in Central Maine, Pastor Stevens took an assignment in Woolwich, Maine. The tiny church soon began to grow as the young pastor dedicated himself to prayer, evangelism, preaching and teaching. Later, Pastor Stevens felt it was time to leave the Bible Baptist organization and established his church as non-denominational ministry known as The Bible Speaks.

Among new visions associated with this ministry was the establishment of Northeast School of the Bible, an institute designed to train men and women in the Scriptures. Pastor Schaller, the present pastor at GGWO, was among its first graduates in 1975.

Eventually, The Bible Speaks and the Bible school needed more room and in 1973 the operation moved to South Berwick, Maine. During this time, the ministry sent out its first missionaries to El Salvador and to Finland. A unique team approach to missions work proved successful and these teams soon developed their own Bible schools and missionary enterprises.

The Bible Speaks, its congregation and school still growing rapidly, relocated to the Berkshire Mountains and the town of Lenox, Mass., in 1976. These years were fruitful ones for ministry, but also challenging ones for Pastor Stevens personally and for the church organizationally.

In 1978, Pastor Stevens’ first wife, the former Barbara Rowe, died after a long struggle with leukemia.

During the early 1980’s, a wealthy church-member gave a large sum of money, which was used to pay off the mortgage related to the Lenox property and make improvements to the campus. That church member later filed a lawsuit to recover her donation. After a contentious hearing in bankruptcy court, a Massachusetts judge ruled in favor of the former church member, effectively giving her ownership of The Bible Speaks campus.

Following the judge’s decision, Pastor Stevens and many members of the church moved to Maryland in 1987, where Greater Grace World Outreach was incorporated.

For several months, the church held services in hotels and meeting halls in and around Baltimore. It finally settled on Moravia Park Drive in East Baltimore in 1989. The campus also includes the facilities of Greater Grace Christian Academy, a K-12 day school, and Maryland Bible College and Seminary. 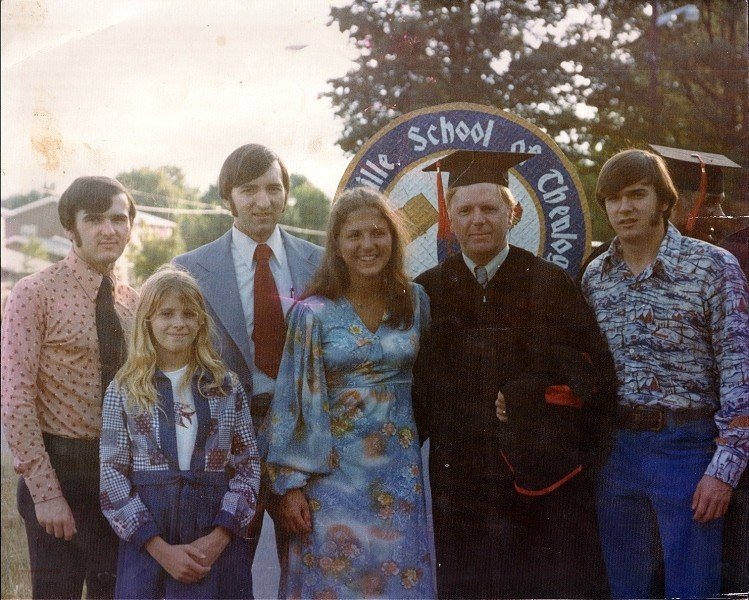 Pastor Stevens is survived by his second wife, the former Barbara Baum, whom he married in 1984. He is also survived by sons Bruce Stevens of Naples, Maine; Carl H. “Steve” Stevens III of Abingdon, Md.; and Paul Stevens of Bel Air, Md.; and daughters Pamela Morrison of Woolwich, Maine; Melody Redgate of Forest, Va.; and Donna Stevens-Coffin of Baltimore. He is also survived by 17 grandchildren and a number of great-grandchildren.