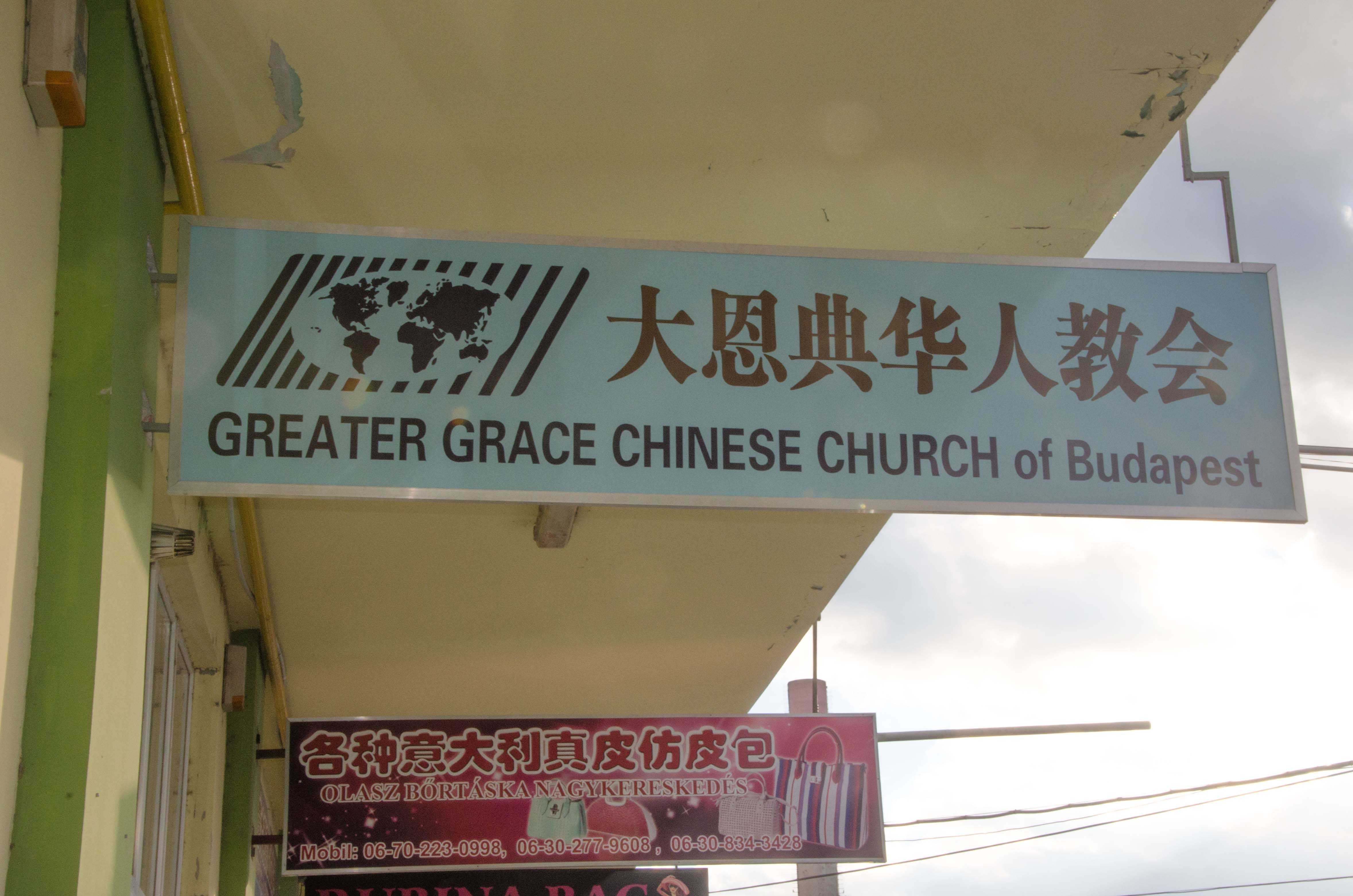 A stone’s throw from the main Greater Grace church in Budapest, Hungary is a mission field that is so white for the harvest that the inhabitants approached Greater Grace leadership and asked them to start a church there.

According to Pastor Graham King, about half the students in Greater Grace International School are Chinese, so the school and church are known in the Chinese community in Budapest. In 2011 a Chinese believer contacted the school and explained that although they had a church, they needed teaching like the students were hearing at school.

First a Bible College class was offered to Chinese believers at the main church. Meanwhile, Greater Grace pastors were invited to visit and preach at the existing Chinese churches. Then a Greater Grace Bible study began. As the Chinese believers learned the grace message they realized they weren’t satisfied with what they were being taught in their churches and wanted more.

During the European Convention, Pastor Schaller meets with people from specific countries. When he met with the Chinese during Eurocon in 2012, one lady spoke up and said that they’d been receiving teaching and had a Bible study, but that they wanted a Greater Grace Chinese church in Budapest. By November of that year the church was up and running.

The Bible study had been meeting in a wholesale purse shop, and that became the home of the church for the first few months. In March 2013 the church moved to its current home, the shop next door to its former location. Now instead of selling purses, people’s lives are being sold out for Jesus!

There are about 30 adults in the church, most of an age when their children are grown and out on their own or in college. Although there are a few families with younger children there is not yet the need for a youth program, Pastor Graham said.

The church has a special connection with another Chinese Greater Grace church, under the leadership of Pastor Satellite. A disciple of Pastor Jeff and Nancy Phelps, Pastor Satellite has been with the ministry for about 25 years but the only other Greater Grace church he’d visited was in Thailand. When he attended Eurocon he was honored and loved up by Pastor Schaller and the Body. Pastor Graham said he was “blown away” by the liberty in the worship and preaching.

Pastor Satellite was invited to teach Bible class at GGIS while he was in Hungary, and then met one-on-one with the Chinese high school students. He shared the Gospel in a more personal way with them and several were born-again.

In 2013, Pastor Satellite brought 25 members of his church to Eurocon, about the same number as there were Greater Grace Chinese Church of Budapest members. “So they really bonded,” Pastor Graham explained, “they were housing each other, feeding each other, sharing with each other.”

The GGCC members go on informal outreaches to the other shops in the Chinese district to visit people. “It’s like another world there,” Pastor Graham observed, “you walk around the shops and feel like you’re in China.”

Pastor Graham had the opportunity to visit Pastor Satellite’s church in November 2013 to speak to about 140 believers at a conference. He said they all had an unbelievable time and he hopes to go again.

Love Beyond the Language Barrier

The worship service is in Chinese, but the preaching is in English and translated into Chinese. Although there is sometimes a challenge speaking to one another, the love of God surpasses language and is communicated in other ways.

Besides the Word and the grace teaching, the Chinese church members love fellowshipping. Before the service on Sunday evening they take turns bringing food and all are welcome to join them in eating dinner. After the service they have a rap and continue to fellowship. Pastor Graham said everyone stays for the rap.

During 2014 Eurocon, Pastor Schaller visited the Chinese Church and preached a message based on 1 Thessalonians 5:11-20. He tailored the message to his audience, however, and instead of a house built on sand it was built on tofu. After the service, the Chinese believers gathered around Pastor Schaller to have their picture taken with him.

There are more than 20,000 legally registered Chinese in the Chinese district,according to Pastor Graham, which is right next to the main church,. “So it’s really a great missionfield with great potential,” he said. The Greater Grace Church of Budapest now has a core group of Bible College students taking classes for credit. Pastor Satellite’s classes are offered by video and Pastor Graham teaches a live class.