Christmas Presence: A Child Born, A Son Given 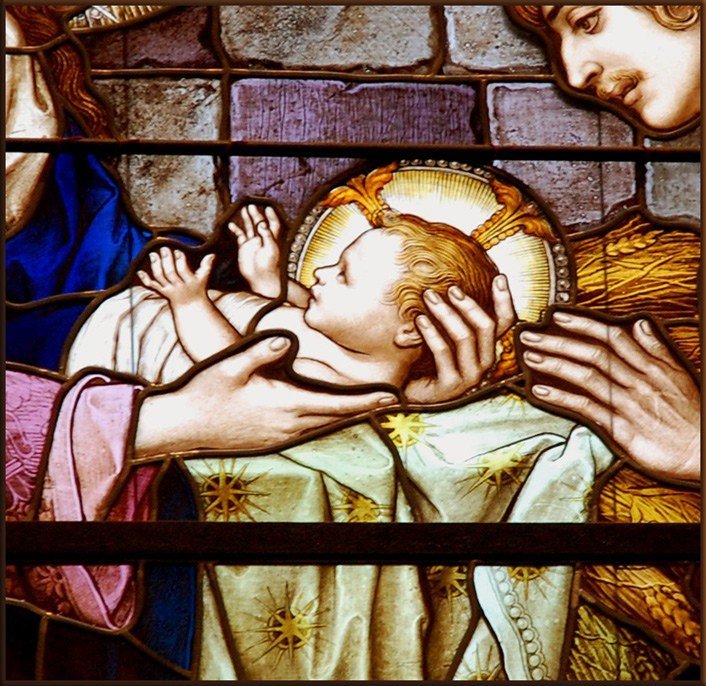 These words from the beginning of Isaiah 9:6 describe for us the nature of Jesus. He was both a child born and a son given. There is mystery in the Scriptures; all throughout them we bump up against things eternal, things beyond our comprehension. His mysteries are past finding out in the realm of human reason, a realm that has limitations. The mind of man can only wrap itself around so much.

There are a couple ways we can react when we reach the boundaries of our frames of reference. We can react with disgust or offense. This is when we center on our perception of unfairness. How is it that God has kept this from our understanding? We sometimes think this way.

This was the serpent’s line of reasoning with Eve in the Garden. “The Tree of the Knowledge of Good and Evil is kept from you because God doesn’t want you to know some things.” This was how the devil poked at the curiosity of the woman. He got her to look at the Tree and experience the attractive side of it. She, and Adam after her, fell for the trickery of Satan and took from the Tree and ate. It was the first moment of distrust and, as a result, the first moment of disgrace.

Yes, there are things that God has hidden from us because He formed us from dust and knows that we are dust. Our capacities right now are too small for everything there is to know. God asks us to cast our care, our curiosities, our bewilderment, our questions upon Him for He cares for us.

What the Lord established at once in the Garden was relationship — God to man, man to God, man to woman, and woman to man. The essence of health in relationship is trust. “I love you,” said the Lord. “Trust me about the Tree of the Knowledge of Good and Evil.”

This is the other way of response to our limitations. It is to believe the best about the Lord, and to allow Him to lead us by grace. Adam and Eve did nothing to deserve the glorious garden God had given to them. It was theirs to rule and to reign and to replenish. All but one tree was at their disposal.

I said all this because there are some realities about Jesus that, on the surface, seem to make no sense to us. But the work of God goes deeper. There is breadth, and width, and height, and depth to all that has been made by the Lord.

We see only a fragment of His Creation. There’s an unseen atmosphere at work and at war in our midst. We have been set in the center of it all. If we do not learn to trust, then relationships are impossible. Why? Because there is always that one tree out of reach.

Our finite beings were never meant to contain all that God is. They were, however, made to enjoy all that He is. Let us recognize something very important, God not only formed us, but He quickened us as living souls with His very breath. Was Adam alive before the breath of God entered into his members? No, He came alive only as God breathed.

Jesus came to earth. He remained all that He was, is, and always has been. Still, He became as we are. He was a child born. Mary conceived through the overshadowing of the Holy Spirit. Her womb carried Him and He took on flesh and bone. He possessed the precious Blood that He would bleed to make the Way so that we could understand the Truth and live the Life that conquers death.

Jesus was a child born to a woman, in answer to the promise presented by the Lord to Eve. This presentation came right after the disaster of the Fall. The Voice of the Lord walked to the Garden in search of the hiding ones, the deceived ones, the lost ones, the fearful ones. They covered themselves with fig leaves and attempted to blend into the landscape. Disgrace and shame had been triggered. Their consciences witnessed the disorder of their waywardness.

God covered them with skins. He had to slay something that Adam had named in order to cover Adam’s sin. And, the Lord told Eve that a Son born of a woman would triumph over all the effects of the tragedy introduced by her’s and Adam’s disobedience.

Jesus came as a baby born to a poor couple from Nazareth. What a remarkable and strange way to arrive on a planet He fashioned according to His own design. Jesus was born as all are born, but He was also given as the Son as no one else was given.

The Son took a dive from above and plunged Himself in our world, into our mess. Rather than stand aloof from it, Christ allowed His humanity to experience it all and, ultimately, to be buried by the disasters that are contrived in human religion and human government.

Once underneath it all, Jesus lifted the weight; He put His shoulder to the load and cast it away. That load is now buried in the deepest, deepest sea. Christ bore our sins and gave Himself to death for us, for our forgiveness, for our liberty, and for our victory. The gates of hell went under and death was conquered; its curse was broken because of the offered life of the innocent One. Justice served upon the Son was served once, for all.

Let’s look at the rest of Isaiah 9:6: “… and the government shall be upon his shoulder: and his name shall be called Wonderful, Counsellor, The mighty God, The everlasting Father, The Prince of Peace.”

See the essences of His Name as they are defined here. The government of Christ rests in wonder and counsel. That is, the fear of the Lord and the wisdom of His Word are the pillars of order on earth. His might and dominion are revealed daily. His love as our Father is eternal, and His authority exercised from the right hand of the Throne of God stands in quietness and confidence.

For more about these words in Isaiah 9:6, check out this message, “Christmas Presence – An Inheritance of God’s Good Will,” preached by Thomas Schaller, pastor of Greater Grace Church in Baltimore.