Come, Drink of the Living Waters 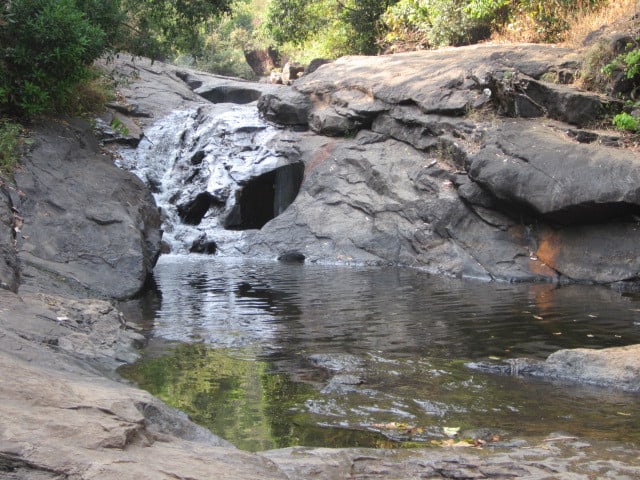 And every man went to his own house.

These words come at the very end of John 7.  They conclude a passage of the Scriptures that serves to magnify the division that Christ triggered with His coming. It’s important for us to consider this reality; Jesus said it Himself: “Do not think that I have come to bring peace to the earth. I have not come to bring peace, but a sword” (Matthew 10:34). The Savior’s presence then – and now – forced people to take sides with Heaven or against it.

Throughout much of John 7, we read of Jesus being opposed. And this opposition began at home as He sat among His brothers. “… A person’s enemies will be those of his own household,” Jesus had said (see Matthew 10:36).

It was the time of the Feast of the Tabernacles, one of the major Jewish festivals when hundreds descended upon Jerusalem. The brothers of the Lord were confounded and frustrated at Jesus. His words and His works no doubt made their lives uncomfortable. Imagine the mockery and slander that must have circulated through Nazareth.

I can imagine the questions and comments that must have come the brothers’ way:

“What’s Jesus up to now? Is He talking to the Samaritans again?”

“Hey, we’re short of bread here, think Jesus could do some multiplication?”

“Tax collectors and prostitutes? Are those the only friends Jesus can find?”

At one point, the members of the family attempted an intervention because they were sure that Jesus was beside Himself (see Mark 3:21-33). Even Mary, His mother, involved herself in this venture. She worried for the well-being of her Son, a point which revealed how truly human this woman was.

Their unbelief hindered them as it hindered the religious leaders. He wasn’t ready to help that unbelief at this time.

In John 7, it seems the brothers wanted Jesus to make a scene. “Come out of hiding, Jesus. Show the world who You really are.” It was similar to what the devil tempted Jesus to do during their confrontations in the wilderness as described in Matthew 4 and Luke 4. “Make a spectacle, Jesus. Throw Yourself from the Temple and give the people a real show – that will get Your message out there,” Satan challenged Him.

Jesus sat still. He was in no hurry. He would get to Jerusalem for the feast, but He would do so quietly.

The buzz about Christ preceded His arrival. People were doing a lot of talking about Him. It was done in whispers, however, for there was a fear of being labeled as one of His followers. The religious authorities had put a price on His head – they sought to kill Jesus and bury His movement.

The division could be noticed by any who had an ear to hear. Some spoke of Him as a good man; others counted Him as a deceiver.

Everyone wondered, “Where is He?”

And then there He was. He appeared suddenly in the Temple, right in the midst of the feast.

Jesus taught, and His words astonished the Jewish leaders. His command of the Scriptures baffled them because He spoke on His own authority. “How does this Man know letters, having never learned?” (John 7:15). Christ hadn’t studied in their schools, nor had He sat at the feet of the famous rabbis.

The doctrine Jesus delivered came straight from above. He was sent by the Father with the message of the Kingdom. Click To Tweet

The doctrine Jesus delivered came straight from above. He was sent by the Father with the message of the Kingdom.

His bold lessons proved incomprehensible to some. There was a reason for this, Jesus explained. “If any man does His will, he shall know of the doctrine. …” (John 7:17).

This is the key to Bible understanding. The secret things belong to the Lord, and He reveals them to those who fear Him and honor His will.

Too many in Jerusalem at that time were busy trying to figure Jesus out. He has a devil. He’s from Galilee; no prophet comes from that place. He’s going to kill Himself. Will He wind up with the Gentiles? Officers were sent to apprehend Him, but His words were too much for them: “Never has man spoken like this” (John 7:47).

“Are your thirsty? Come to Me and drink,” Jesus cried out. “Believe on Me and from within you shall flow rivers of living water.”

That’s the will of God. It’s the same message He gave to the Samaritan woman at the well in John 4. Living water, whosoever will may find Him and have this water in them. He’s not willing that any should perish.

Some there that day were just not thirsty enough. They argued and debated and dismissed Jesus. They refused to come to Him and be “planted in the house of the Lord” (see Psalm 92:13).

And every man went to his own house. They followed their own ways and would not seek Him who is mighty to save.

The life of the Spirit Jesus offered then,  He offers to us now.

The Spirit guides into all Truth. The Spirit makes alive us unto God and seals us in Him. The Spirit groans for us in our prayers when we cannot find the words to say.

Living water — the flowing rivers of the Spirit – is in us. May we thirst for this water more and more as we see His Day approaching.

For more on John 7, check out “Christ’s Simplicity and Our Divided World,” a message preached by Thomas Schaller, Pastor of the Greater Grace Church of Baltimore.