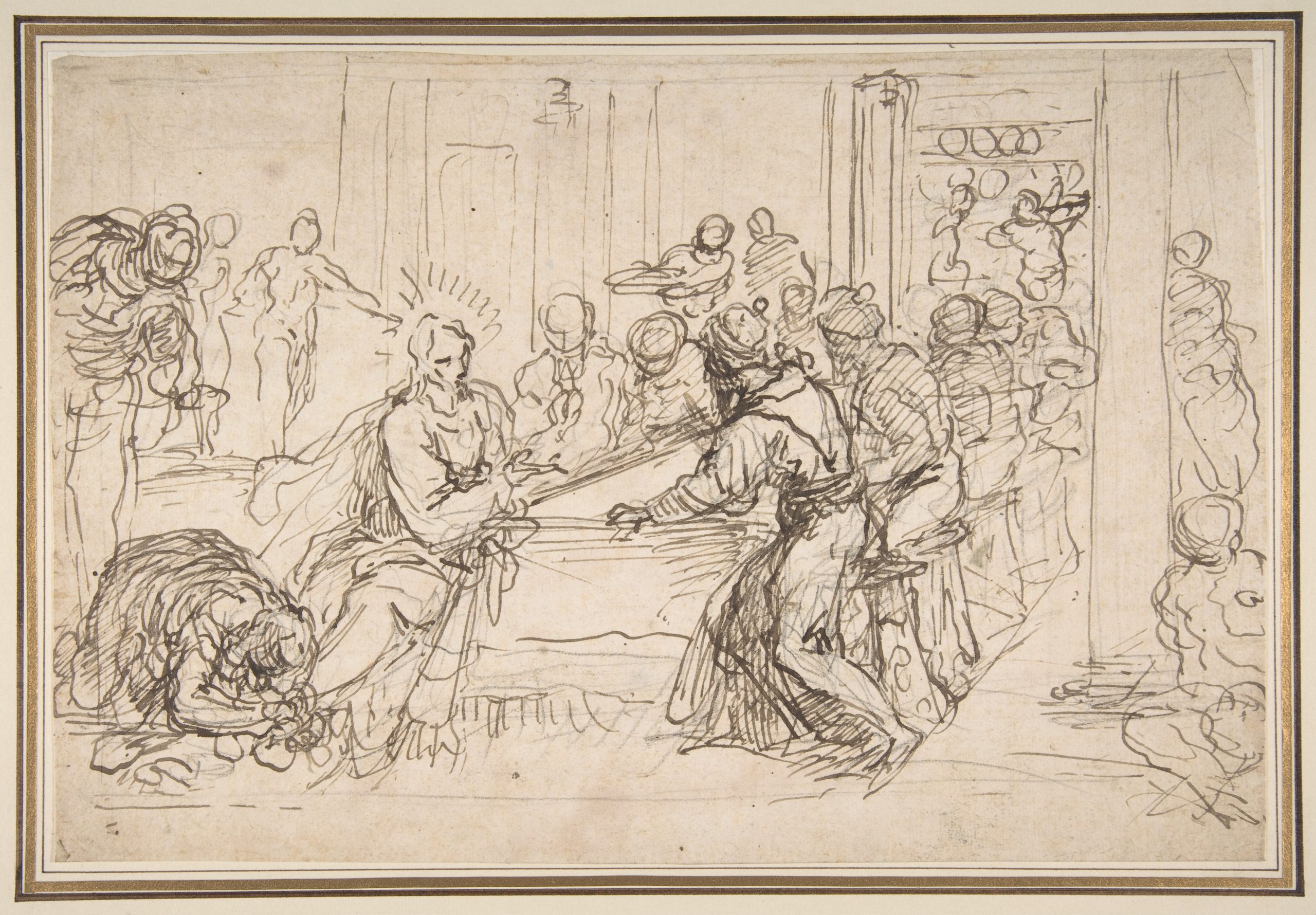 Yes, a Star did shine. A host of angels sang praises to His glory. There were those moments of fanfare for sure. Mostly, however, Heaven came and reached down to the very bottom of things.

Away in a manger, asleep on the hay, the Son took residence on earth, in the world He made. The King of glory walked here somewhat ingloriously. The Lord of all, for a little while, sat under the realm of the cherubim and seraphim. He humbled Himself and became subject to ordinances of nature and time and place.

Because He did, He was heard. And who heard Him best?

The common people did. They were the ones who heard Jesus gladly. They heard Him, I think, because He heard them gladly.

He listened to them. He was committed to their care. He understood their struggles, for He grew up as one of the least and the last, as a poor boy in the family of a carpenter in Nazareth.

It was not the cultured, high society crowd that Jesus attracted. No, those elite members of the community were aghast at the company that Jesus was determined to keep.

He sat and ate at tables surrounded by needy ones. They could tell Him their troubles. I am thinking those mealtime conversations were rowdy and rambling at times. He showed Himself as the friend to publicans and sinners, and these people surely had a lot to say and many strange stories to tell.

And He was not above interruption.

See the passage at the end of Luke 10. Jesus was sharing with a group gathered at Martha’s home and her sister, Mary, sat among the listeners.

Martha busied herself to the point of being frazzled. She burst into the room and begged for His attention. Demanded it, she did. Yes, I think that’s right word for what happened here. She insisted that Jesus send Mary to the kitchen to help her with the preparations. She also implied that Jesus cared not that she was working all alone.

“Martha, Martha,” Jesus said to her. “You are careful and troubled about many things. But one thing is needful; and Mary has chosen the good part and it shall not be taken from her” (Luke 10:38-42).

It is so easy for us to aim scorn at Martha; she’s something of an easy target. The Lord was present there – in her home. How could she have been so preoccupied?

There’s a simple answer to that question. Martha was just being herself right in front of Jesus. He let Martha be Martha.

This did not keep the Lord from trying to steer Martha into a more beneficial mindset. Still, I imagine that He chided her gently. Jesus enjoyed Martha’s serving, and He encouraged her in it, I believe.

Jesus identifies completely. He is human, a resurrected, glorified human, but a human nonetheless. Click To Tweet

I say this because in John 12 we read a simple declarative phrase: “… They made Him a supper, and Martha served.” He sat at the table in this home often; it was a place of respite not far from Jerusalem, where He encountered opposition and turmoil.

In this, I take comfort. I can be myself before Jesus as Martha was. In fact, He welcomes us to be ourselves. He helps to do this by telling us the truth about us.

We are common people. That is, we are ones with natures that trend downward toward selfish pursuits. We are prone to sin, and we easily give ourselves over to pride and allow ourselves to be controlled by our fears. We are weak and frail, and yet so loved by God.

This is what being human is all about. Jesus identifies completely. He is human, a resurrected, glorified human, but a human nonetheless. He lived as we lived, to die our death. Now, He lives as we will live one day full in His presence, beholding His full and wonderful face.

He understands that we are but creatures formed from dust. And at that gathering in Bethany, Martha and her dust so wanted to make a good impression on the guests – especially the guest of honor Jesus. Her hospitality got the best of her, as our talents and strengths can sometimes do.

Martha, wrapped up in her goodness, wanted to do well. Jesus the Son of God knew this better than anyone. He is the God of all mercies.

What did He tell her? “Hear gladly, dear Martha – that’s the good part. And if you take heed to how you hear, what you hear will not leave you nor forsake you.”

Also, let us understand more than ever that Jesus hears us gladly. Come boldly to Him. Come badly to Him, too. Even in our distresses and discouragement, we can direct our souls to hope in God (see Psalms 42 and 43).

Consider this: there’s a God-ness about us that’s beyond our goodness. Formed in His image, we were made alive by His breath. As believers, we are hid with Christ in God.

Good? We can be good from time to time, as the Holy Spirit moves us. God, however, is in us always and forever. Our commonness has been clothed with Christ’s righteousness. We are made royal heirs, kings and priests, sons and daughters. We have been sealed with the Spirit, anointed to serve to the glory of His Name.

Let us rejoice in this time. The Son was given. The Son reigns. The Son lives in us.