Communion and the Bread of Life 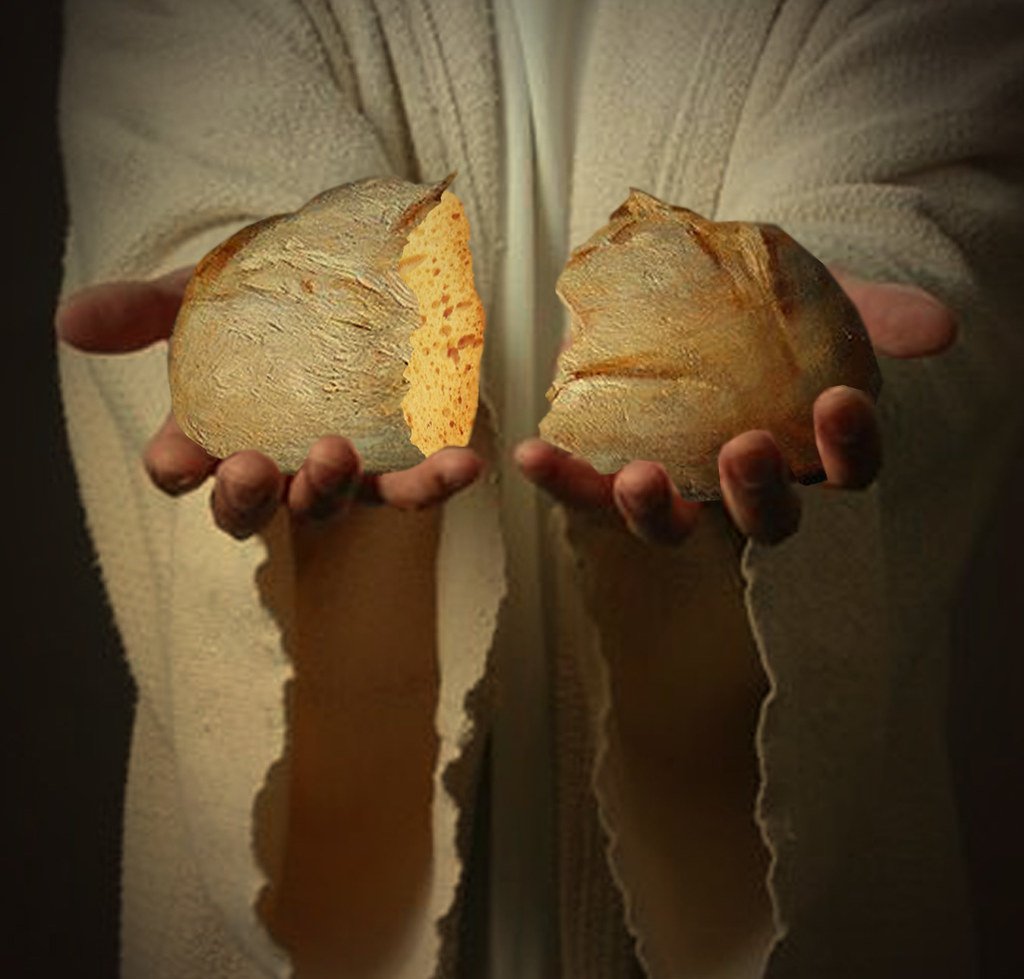 The feast of communion is to be a meal scented by fragrances of memory. Jesus took the bread at the Last Supper and presented it as His Body. True to His teaching method, the Savior fashioned a metaphor to drive home the message of His life.

He came to earth. His life was altogether a preparation for the offering of Himself, His death as the Lamb of God. In Leviticus and Numbers, in the Law given to Moses, we read of meal offerings or fine flour offerings that were incorporated into the patterns of worship for the people of God.

Jesus, though totally God in essence, was born as an infant to Mary. He matured in body, mind, and emotion as a human being. Luke 2 describes Jesus at 12 years of age finding His way to the Temple during Passover. Of this excursion, He said nothing to His “parents.” When He was discovered, a frantic Mary spoke as only an agitated mother could – “Son, why have you treated us so?”

His answer — “I must be about my Father’s business” — seems like a typical adolescent response. We could read it as Jesus saying, “What’s the big deal?” However, the next part of the story tells us that Jesus did go home and subjected Himself to Mary and Joseph in their home at Nazareth.

This subjection, this exercise of humility, was part of the Father’s business in the work of redemption.  As God the Son, Jesus participated in the Creation – Hebrews 1 defines this well for us. In taking on flesh and bone, Jesus occupied a jar of clay.  Now deity inhabited dust, but in the process, His life had to play out according to the rules of this planet and its cosmos. We could say that Jesus allowed Himself to be governed by the very people He had made.

I see the days of Jesus as a toddler, a youth, a teenager, and a young adult, as times of sifting, of readying His humanity for His ministry. Flour left un-sifted can grow lumpy and sometimes wormy. Looking again to the letter to the Hebrews, we read that Jesus learned obedience by the things that he suffered (see Hebrews 5:7-9).

Fulfillment of All Righteousness

When it was time, Jesus brought the fine flour of His life to the River Jordan. There, His cousin and forerunner, John the Baptist preached repentance and bid the people to confess and be made clean in the act of baptism, by getting washed in the river.

John and has family were of the line of Temple servants, as we read in the first chapter of Luke’s gospel. John’s father, Zacharias, was at the incense altar when the angel Gabriel appeared to tell him that the Baptist would be born to him and Elizabeth, two aged believers who had always prayed for a son.

Jesus’ approach and submission to John was necessary to fulfill all righteousness. John recognized his place under the authority of the Son and asked that he be baptized by Jesus. This authority the Son confirmed as a truth, but the Law had to be fulfilled in every detail. Jesus had to wash in order to enter into His priesthood, a priesthood of a heavenly order (see Leviticus 8:6).

And so John did as he was instructed. He put Jesus under the water and when Jesus came up, the Holy Spirit descended in bodily form and rested upon Him. This marked a transition in the ministry of the Christ in His way as the Bread of Life.

In our Bibles, oil is often used to represent the touch and effect of the Holy Spirit in our lives (see 2 Corinthians 1:21 and 1 John 2:27). The Spirit revealed Himself as He rested upon the Son; in other words, fresh oil was added to the fine flour of Jesus’ life.

After this anointing, Jesus would enter the oven of His public ministry. He had quietly lived out His days in the house of the Nazarene carpenter. From this point on, Christ would be out in the open. He would teach and heal and deliver and feed. His life demonstrated the power of Heaven over disease, demons, and death. He would also face trial and test.

At once, Jesus was led by the Spirit to the wilderness with all of its heat and arid conditions. This is where He would endure a ferocious, 40-day encounter with the devil. And what was one of the things Satan tempted Jesus to do? Turn a stone into bread.

All was done according the pace dictated by the Father and the Spirit. The Son did all that the Father willed in God’s perfect timing. Click To Tweet

Fast food — that’s what the devil wanted Jesus to produce. Hell is all about haste. The other temptations, as reported in Matthew 4 and Luke 4, were designed to entice the Son of Man to accelerate His work on earth. He wanted to push Jesus beyond the speed limit related to His ministry.

“Throw Yourself from the pinnacle of the Temple; the angels will catch you,” Satan challenged Him. Such a publicity stunt would astound the people and give Jesus an instant platform. The devil also paraded before Him the glitter and worldly splendor of the cities of this world – places under his control as the prince of the power of the air. “Bow to me,” Satan told the Son, “and all of these cities shall be Yours at once.”

Jesus remained true to the Word of God and refused these offers. The work He came to do, He finished. All was done according the pace dictated by the Father and the Spirit. The Son did all that the Father willed in God’s perfect timing.

He proclaimed Himself as the Bread of Life, the true food from Heaven. The Word made flesh was tried in the furnace of human existence (see Psalm 12:6). He avoided none of the fires that were sent to bake Him into the perfect loaf to be broken that Good Friday.

See the Apostles at the table. Imagine them as they took the fragments of bread and swallowed them. The next day they would watch as Jesus was swallowed by the hatred of the mob and sent to the Cross. Once dead, His body went into the belly of the earth, into a tomb sealed shut with a huge stone.

But on the third morning, Jesus came out alive. The glorified risen Lord stood before His followers, the whole Bread of Life never to be broken again.

“Do this in remembrance,” Jesus said. Consider His life. Contemplate His death. Celebrate the reality of Him risen. And look ahead to the feast to come, to the Marriage Supper of the Lamb, to the moment we shall all sit at the eternal table of grace.

Oh, what Bread we shall see and taste on that day!