CONFIDENT KINGS IN A CONTINUING KINGDOM 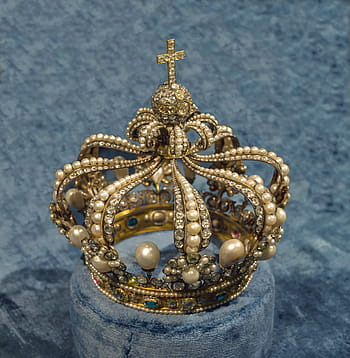 The Lord is Prophet, Priest, and King in His ministry to us.

As King He works with our wills, giving us authority to choose His Will and thus glorify Him. Click To Tweet

Recently Pastor Schaller preached a series of messages on the Lord Jesus Christ as our  Prophet, Priest, and King, and how in each of these offices He has a specific function towards us to minister to a particular aspect of our being. In brief,  as Prophet He ministers to our mind, our thoughts, with His Words (Deut.18:15,22; Acts 3:22,23).  He gives Grace to actually order our thoughts in His Word (Psa.119:133) and to firmly fasten our minds on those things that are pure, lovely, honest, true, of good report, and on that which is worthy of praise (Phil.4:8).  Next, as Priest (Heb.7:16-25), He addresses our emotions, so aware of what we are feeling, and furthermore “touched by the feeling of our infirmities” (Heb.4:14-16).  Finally, we heard how as King He works with our wills, giving us authority to choose His Will and thus glorify Him.   This office is what this post will elaborate on, because the writer is thrilled with what she heard and learned about it through that series of messages.

HE is the Personal, Corporate, Universal, Eternal KING!

In Psalm 5:2 and many other of his writings, King David proclaims that “He is my King and my God”,  and this indeed is our declaration as well:  He is my personal King!  Isaiah also writes of Him as “our King” in Isaiah 33:22 – “He’s the Lord our King”, i.e., He’s the King of His people, of His Corporate Body.  In I Timothy 1:17  Paul entitles Him as “the King of Eternity” and in Revelation 17:14 and 19:16 as “the King of kings”.  He is the Universal King, the Supreme Sovereign over all.  But, there is more.  Not only is He our King but He has made us kings and given us His authority as such!

“Behold! I have given you authority and power …”

Imagine:  the King of all kings has “made [us] a kingdom (royal race) and priests to our God, and [we] shall reign as kings over the earth!” (Rev.5:10; I Peter 2:9)  And with that Kingdom comes great authority:  “Behold!  I have given you authority and power to trample over serpents and scorpions, and [physical and mental strength and ability] over all the power that the enemy possesses;  and nothing shall in any way harm you.”  (Luke 10:19)  Thus we have strength for all things in Christ Who empowers us (Phil.4:13).  Furthermore, this Kingdom, His Kingdom, is within us (Luke 17:21) and is greater than anything in the world, including its ruler (I John 4:4;  II Cor.4:4)!  It is a Kingdom characterized and identified by “Righteousness, peace, and joy in the Holy Spirit” (Rom.14:17), not by anything of and from us but of Him alone.

The Lord Jesus Christ, the King of kings, and His Kingdom, are often written about in conjunction with the word “Righteousness”.  We remember that Abraham simply believed God and it was counted unto him as Righteousness (Gen.15:16).  This is also how a person becomes “born-again”:  simply by taking God at His Word and trusting in what He did for us instead of pondering what we have to do for Him to find favor with Him and become righteous.  Think of how different this post-Calvary economy is from the practice in Esther’s day:  ” … any person …. who shall go into the inner court to the king without being called shall be put to death; … except [him] to whom the king shall hold out the golden scepter, that he may live.” (Esther 4:11)  Little wonder that Esther hesitated to approach King Ahasuerus without being invited into his presence first!  But, as we have read, after praying and fasting for 3 days with all the Jews of Shushan, she entered the king’s inner court and faced him, seated on his throne.  When he saw her, “she obtained favor in his sight, and he held out to [her] the golden scepter that was in his hand,  So Esther drew near and touched the tip of the scepter.” (4:16; 5:1,2).  How much better it is now for us who have been “made the Righteousness of God in Christ” (II Cor.5:21b) and who can come boldly before the Throne of Grace (His unending favor) to make our petitions (Heb.4:16)! He has indeed “set us in His Presence forever” (Psalm 41:12)

Not only then do we have a Loving, Merciful, Gracious, Self-sacrificing King to approach without fear but this same Sovereign has made us to be kings to our God;  as mentioned before, He has actually placed within us His Kingdom …. not merely us in His Kingdom!  We are not only clothed with the robe of Righteousness forever (Isaiah 61:10);  we are the Righteousness of God in Christ, as stated in the preceding paragraph.   Therefore, the scepter of His Kingdom is never withdrawn from us;  it is always extended to us and we have unlimited access to Him.  We are always in His courts, seated together with Him forever, not just standing before Him for moments.  Furthermore, we are not speaking here of a king who is offering us up to one-half of his kingdom, as King Ahaseurus did to Esther, his queen, his wife.  We have a King Who is also our Father, Who promises us:  “Fear not, little flock, for it is your Father’s good pleasure to give you the [whole] Kingdom of God.” (Luke 12:32)  It is ours already, to embrace, enjoy, walk and breathe and live in. But also, and so importantly, we have been entrusted with it to represent our King and His Kingdom to others and to inform them of their opportunity to receive Him as their Sovereign and Lord, by Grace through faith.

We are here on Earth as ambassadors of Heaven, as kings to God our Father, as priests to our High Priest to intercede to Him on behalf of countless others. Click To Tweet

For such a messy time as this …. politically, socially, culturally, economically, environmentally, morally … we are here on this Earth as ambassadors of Heaven, as kings to God our Father, as priests to our High Priest to intercede to Him on behalf of countless others.  It is imperative that we be about our Father’s, our King’s business, receiving the Word of God, storing It up in our hearts, gathering together more and more as the days wax more and more evil and His appearing fast approaches.  The urgency of the Great Commission is intensified as time gets shorter and shorter.  Let us then abundantly receive Grace and of the gift of Righteousness  to believe, meditate upon, and apply the Word of God;  to take advantage of the authority and power vested in us by the King of kings to reign in life now  through Jesus Christ, representing Him to the lost, and bringing the lost to Him, our King Who desires to their personal Savior.