Courage in Our Strange World 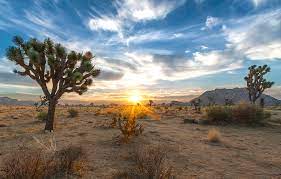 Proverbs 7 is a chapter about an unwise guy who wanders into trouble. It’s a scene that takes place in the twilight. A foolish young man has allowed himself to be led into temptation. And the results are not good. He falls into the trap set for him.

It is a strange woman, an adulterer, who leads him into what the writer, who was King Solomon, defines as death. She flatters the man. She kisses him. She even presents religious credentials – “I have made my peace offerings.”

As we read, we can see that the situation she spells out for him is all aimed at his soul-ish, fleshly nature. Her place smells good – of cinnamon and myrrh and aloe. Her place looks good – tapestries of Egypt and fine blankets are among the decorations there.

Time and opportunity are theirs, she insists, for her husband is away on business with a bag of cash. He’s away to make money, she’s at home to make mischief.

The young man wilts under the heat of her approach. Soon he marches after her and right into the trap set for him. He had noconception of the damage that was about to befall his life.

Why did this man falter and fail so obviously? I think his problem was this: he possessed no courage.

Say the word “courage” and it is easy to think about the Wizard of Oz movie with its cowardly lion. The lion kept proclaiming his need for courage. Watch the film, however, and we see that the lion is really showing courage as he stood with Dorothy, the Tin Man, and the Scarecrow through the various troubles they faced on the yellow brick road.

The lion felt that he was lacking in courage, but courage became his course of action because he was now with friends who caredfor him. He was loved, and this made all the difference. This Oz travelling party became a team, a body of believers really. They were on the road together in search of what they felt the wizard could do for them.

Love is what brings courage to the forefront of our lives.

Read Joshua 1 and notice what is communicated to him as he begins to lead the nation of Israel after the death of Moses: “Be strong and courageous. Do not be frightened, and do not be dismayed, for the Lord your God is with you wherever you go” (Joshua 1:9).

This was not going to an easy task for Joshua. He had been a faithful servant, standing by Moses’ side through the wilderness days.

This is the essence of the love of God. He is always present with us. He shall never forsake us.

Love first comes from Him. “We love because He first loved us.” We read this in Chapter 4 of 1 John, a little letter toward the end of the New Testament.

When we sight of the Love of God, we also lose our courage. We lose the capacity to do the right thing when we don’t feel like doing the right thing. Click To Tweet

In Revelation 2, Jesus sent a message to a group of believers in the city of Ephesus. He chided that congregation for the condition of their hearts: “…I have this against you, that you have abandoned the love you had at first” (Revelation 2:4).

When we lose sight of the Love of God, we also lose our courage. We lose the capacity to do the right thing when we don’t feel like doing the right thing. This was the problem with the naïve one in Proverbs 7. He went looking for love that really wasn’t love at all, and he fell captive to his desires and into death.

Courage grows in us as we learn more and more about the love of God toward us. Deuteronomy is the last of the books written by Moses. Its name means “second law.” It is a review of all that God prescribed for His people, and it is a book that mentions the word love again and again. The highest command is revealed as loving the Lord with all of our soul, mind, and strength (see Deuteronomy 6:5).

Strength – courage and character – comes because of the love God has given to us. This is perfect love, a love rooted in the security and faithfulness of God. “There is no fear in love, but perfect love casts out fear” (1 John 4:18).  Love crowds out our feelings of inadequacy and incapacity.

We are in a twilight time for sure. We feel less and less at home in our strange world. Let’s allow His love to fill us. With this love, we will walk in courage and refuse the way of the flesh and the world and the devil.

We will stand true and free in life from above.