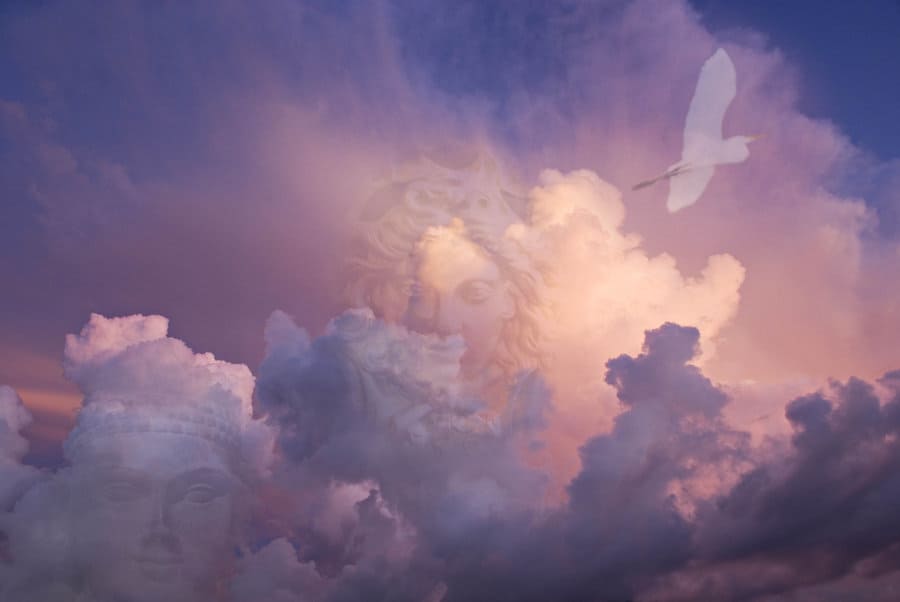 Beginnings are important. The first impression we get when we open our Bibles is that God is Creator. It was He who made the heavens and the earth, declares the first verse of Genesis. He didn’t need to do this. In making these things, God did not seek to add to Himself for He is holy and in need of nothing.

God is whole, complete, and entire in and of Himself. Out of His good pleasure God gave origin to the universe and to all that is in it. He gave definition and distinction through an act of His will. All was done according to His purpose.

The earth, we read, was “without form and void, and darkness was over the face of the deep.” Many have tried to explain how the earth wound up in this condition. Some place the blame upon the rebellion of Satan and the fallen angels. We are not told why the earth was in formlessness, in emptiness, and in shadows.

We are told how God addressed its condition, however.

The Word of God is introduced in Genesis 1:3 as the prime force of Creation. He spoke and so “Light” was given to pierce the darkness and “it was good.” The Hebrew word for “good” speaks of something pleasant and delightful. The result of the Light God gave to the earth brought pleasure and delight to the Lord.

This pattern continues through these first several sentences of the Bible. God speaks and “good” things keep coming – sea and land, stars and planets, trees and plants, fish and fowl, animals and insects.

The Creation pattern climaxes with this: “God said, ‘Let us make man in our image, after our likeness. And let them have dominion. …’” (Genesis 1:26). This came on the sixth day described in Genesis 1, “and God saw everything that He had made, and behold, it was very good.” With the introduction of man to the earth, it seems the delight of God reached another level.

The Gift of Choice

Man was given will – the power of volition, the freedom of decision. His life would be drawn not just from instinct and nature, Man would have spirit, the candle of the Lord (see Proverbs 20:27). Formed by God, made alive by His breath, Man still is no puppet strung up for obedience and submission.

Man must choose to live in right relationship to Creator and Creation.

Genesis 2 tells us Man was formed from the “dust” and made alive by the breath of God. He was given shape and soul. He was taken from the earth and then given to the earth. The Lord placed Man in the Garden and instructed him to cultivate it – to dress and keep it. He was to tend and guard the Creation put under his domain.

Domain involves reign and governance, decency and order. Man was a given thing, not made to dominate, manipulate, and abuse Creation, but to lead and steward it. As king of the earth made in the image of God, man was to rule with understanding, with counsel and heart from the Maker of all things.

Animals made subject to man were brought to him so that he could name them. As God spoke and brought light, man would use his voice to provide light, to bring a sense of distinction to this diversity of creatures. Names are more than generic titles, they bring ennoblement; dignity and identity came with each name Adam pronounced.

God took Man from the earth. God gave man to the earth. Man then gave names to the things of the earth.

A Helper is Given

At last, God took something out of Man. With this, He fashioned Woman for Man and gave her to him. It was not good that Man was alone, God said so in Genesis 2:18.

She was a gift, as life was a gift to him. Her design was particular, fashioned to offer Man a way to give himself to her.

His eyes saw her; his arms held her; his lips kissed her. She was made for Man so that there would be fruitfulness between them. And, as they came together as one flesh in the very good design of God, human life would multiply and fill the earth.

Woman, a being like Man, made for Man, possessed her own soul with mind, emotion, conscience, self-consciousness, and – wait for it — will. She was given to help Man in the exercise of domain. Her looks and ways correspond to Man’s looks and ways, but they are different – very different in some cases. All of this is according to the perfect will of the Lord.

Woman was made, I think, to help Man learn the way of giving in love, gentleness, passion, purity, and grace. As he learned to give himself to her, so he would also learn how to care and give himself to the Creation set under his dominion.

The Final Word Given

It was a holy and righteous design and order that God had established. And it remains holy and righteous, even though the original Man and Woman, fractured it with their decision to eat from the Tree of the Knowledge of Good and Evil. Death, thus, entered Creation, and its plagues continue to multiply to this day.

Despite this tragic crash, thankfully the Lord wasn’t through with His giving and with showing us how to give.

The Lord, in the fullness of time, delivered the Final Word. Light entered again into a void, violent, empty, and treacherous world. Jesus Christ, the Son of God, was given to finish the work of redemption begun long ago in the Garden. This Holy and Perfect Person was given to the womb of Mary, a virgin. Born the Son of Man, Christ gave His life a ransom for all.

Through the power of His endless life, Jesus reigns as King and Priest for us. He, too, has given us the gift of His Holy Spirit to live in our hearts as we choose to live by the faith of the Son of God.

We now rejoice in what God has given us and live in the power of the Light of the World.