Crumbs from the Table 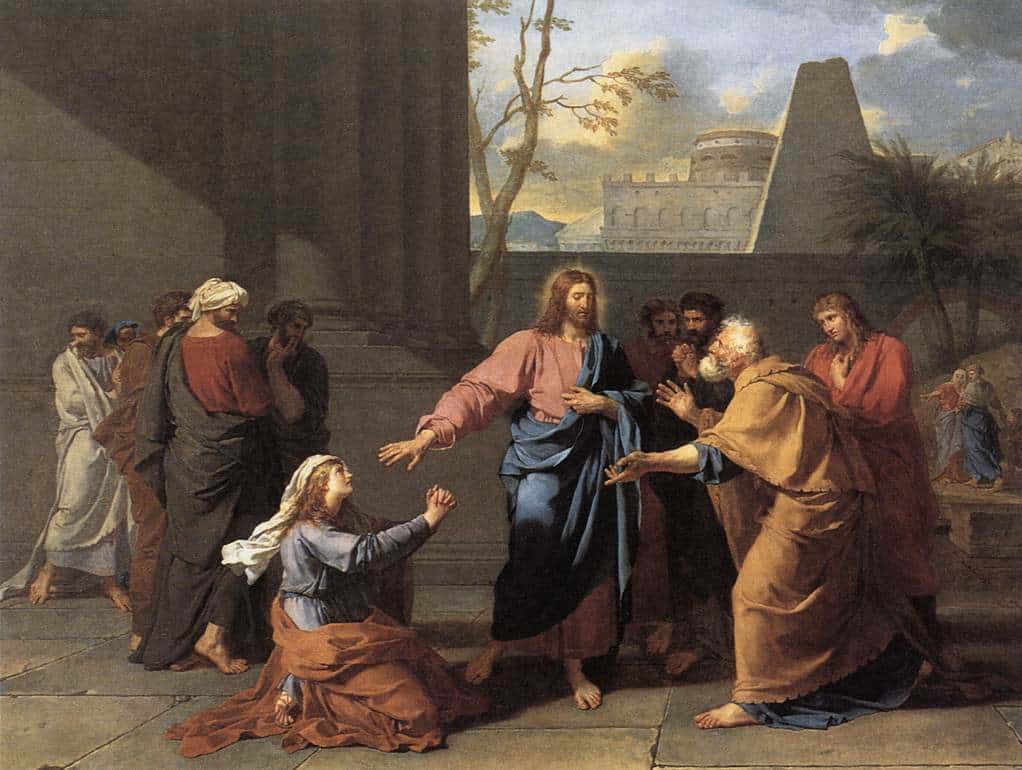 Jezebel country, Jesus spent some time there. He went to the region of Sidon and Tyre in search of some peace and quiet. What He found there was a woman of faith, a mother seeking a miracle for her daughter.

A demon plagued the child, and this mother had heard about Jesus. In desperation, she cried out to Him:  “Lord, Son of David, have mercy.” This Syrophoenician woman recognized the true identity of Jesus better than many of His own countrymen in Judah. She saluted Him as God and King.

How did Jesus respond? With silence. He sat still and said not a word to her.

She persisted and her determination got the attention of Jesus’ disciples. So they came to Him with their own plea, but not in support of her cause. They wanted her gone.

I find it interesting that a woman in great need is counted as an annoyance. Even those following Jesus closely were to slow to come to an understanding of His mercy and compassion.

Perhaps the disciples’ disdain for her – all of them Hebrews – was connected to the history of this territory. Centuries before,  Jezebel, daughter of the Sidonian king, married Ahab, who was the king of Israel. She proved to be a woman of guile and ambition. She introduced her husband to the idols of her people,  in particular, Baal, a nature god related to fertility and weather among other things.

Jezebel’s name became synonymous with evil, deception, and sensuality. She arranged murders and threatened the prophet Elijah. Her end came when she was thrown from a window, and her body was eaten by dogs (see 2 Kings 9:30-37).

“Send her away,” the disciples begged Jesus.

Jesus then spoke to this woman of Sidon. “I am sent only to the lost sheep of Israel,” He told her.

I wonder how this sentence struck His followers when they heard it. To me, it sounds as if Jesus was saying that there was plenty of work for Him to do among His chosen people. Those of Israel were caught up in all kinds of things that kept them from the true worship of the Lord.

We can see this when read the opening portion of Matthew 15, where this story is recorded. The chapter starts with debate in Jerusalem over hand-washing. Jesus and His disciples ate their food without performing the traditional cleansing ritual. The Pharisees and scribes pointed to this dereliction of duty as an issue of uncleanness and defilement.

Jesus called out the religious leaders as men ignorant of the true nature of God found in His commandments. He rebuked them for allowing people to dishonor their parents by simply making a Temple dedication of their money rather than using it to help their household.

The real dirt, Jesus said, was in their hearts, not on their hands. It is words, not food, that exposes what is going on in a man, He told them. What’s swallowed goes down through the stomach and out of the body at some point. What comes up out of the mouth is what reveals the reality of who we are.

This exchange with the Pharisees left Jesus’ disciples confused and somewhat sympathetic to the religious leaders. The Savior gave warning, telling His followers to be careful that they not become “blind followers of blind leaders.”  They would all wind up in the ditch, Jesus told them.

It comes as no wonder to me that Jesus wanted to get out of town after these things. He and His men needed some space and time. Perhaps, the Son of God needed an encouraging experience. He was and is fully human with all the feelings and thoughts that go with being human.

An Answer from Love

In Sidon, Jesus encountered a mother with eyes wide open to a number of things. First, she knew who Jesus was. Secondly, she understood the supernatural element behind her daughter’s condition.

She refused to disappear. She appealed to the One who possessed the power to release and heal her girl.

“Lord, help me.” She knelt before Jesus as she spoke these words.

Again, the Lord seemed unmoved by her plea. The “bread” from His table He could not toss to the “dogs” – a derogatory term the Jews used to refer to non-Jews.

Here was Jesus back to talking about food. And here was this persistent mother refusing to go without getting a taste of heaven. She would not leave without her prayer being answered.

“Truth, Lord: but even the dogs eat the crumbs that fall from the Master’s table,” she said.

Her response was a moment of delight for Jesus. He ate it up and proclaimed, “O woman, great is your faith! Be it done for you as you desire.” This mother’s daughter was made whole at once.

I think it brought joy to Jesus’ heart when someone – anyone – recognized that He was mighty to save. Click To Tweet

O, how significant was this for the Son of Man!

In Nazareth, were He was raised by Mary and Joseph, the unbelief was a marvel to Him and He could do little for His neighbors. In synagogues, He faced angry reactions to His Sabbath day healings, even though they made brothers and sisters whole again. The religious leaders always demanded more and more signs. They pressed Jesus to provide seals of approval for the authority by which He acted.

I think it brought joy to Jesus’ heart when someone – anyone – recognized that He was mighty to save.

This Syrophoenician mother just wanted a few crumbs from the table of grace. She sought a tiny bit of crust from the Bread of Life. A little glory would do all that needed to be done.

She knew this. She believed this. And she got her answer from God.

Just a thin thread of true faith makes all the difference. Let’s plant the tiny seeds in our hearts and watch what Christ will do.

Jesus called this our one true duty to the Lord: “This is the work of God, that you believe in him whom he has sent” (John 6:29).