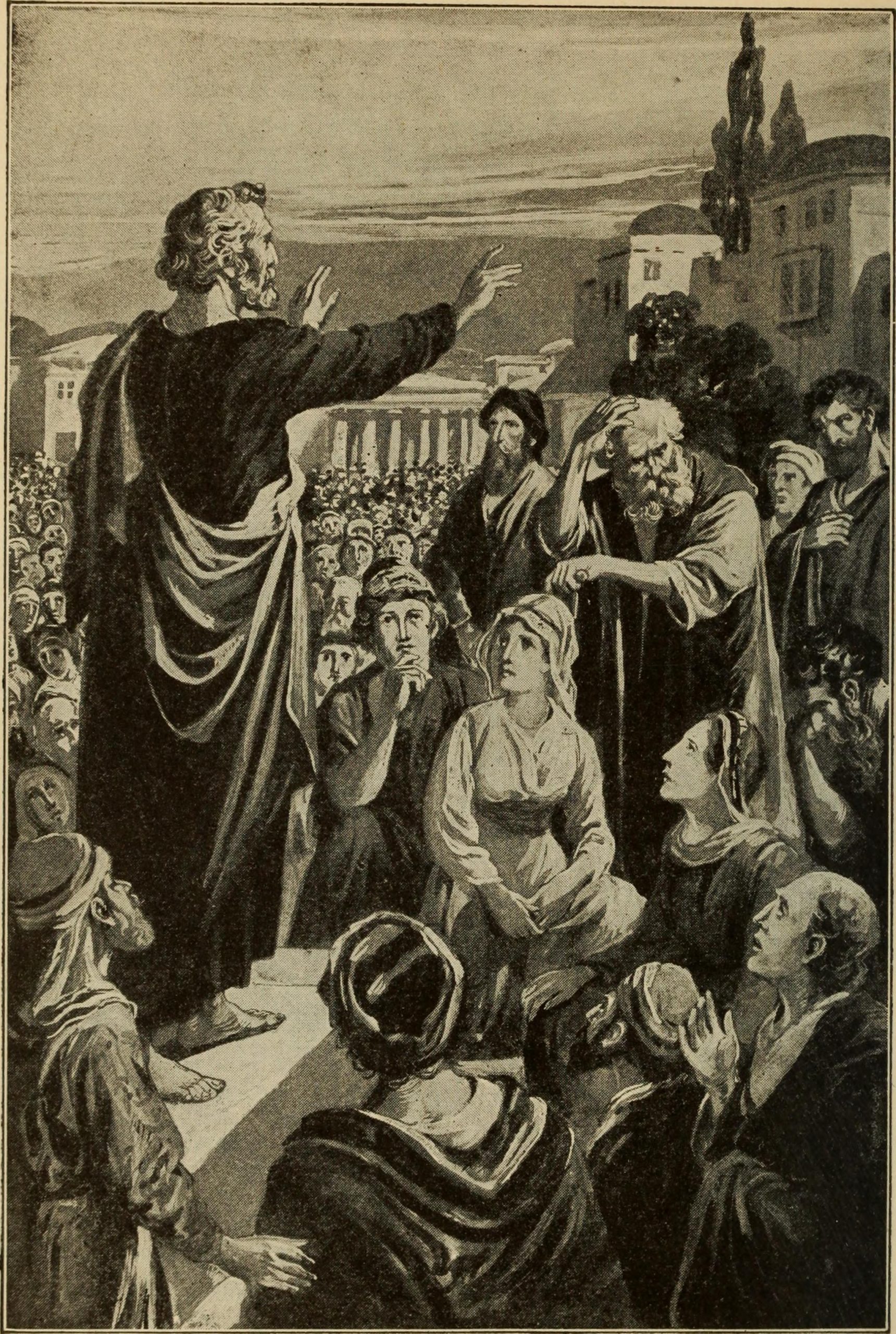 The disciples listened to Jesus and heard His final instructions. They watched as He took off for Heaven. Then, they did what He told them to do.

All of them gathered in a room in Jerusalem. They prayed as they waited for what the Savior had said was coming. Power from on high was what He promised them.

What did this mean? How would it work? When would it come?

It wasn’t an easy time to be a Jesus follower in those days. Christ was crucified. And then He came alive. But He showed Himself only here and there. No citywide evangelism crusade was organized.

To some, that would have been the smart and efficient thing to do. Get up in front of everyone, Jesus. Hold up your nail-scarred hands. The results would be phenomenal.

This was sort of what the Jewish population was anticipating. There were lots of Messianic stories circulating in those times. All of them, however, presented the Messiah as the Superstar. Strong, handsome, skillful, and dynamic, the true Messiah would command attention and subdue all the world’s kings and queens and officers – especially the legions of Roman officials and soldiers now in occupation of the Promised Land.

The disciples knew what they saw. Jesus was and is alive – the reality of His presence was too real and too powerful to be ignored. Thomas, as we know, refused to believe the reports of his fellows. His skepticism and doubt demanded substance. Wounds, he had to see the wounds. More than that, he had to finger those very wounds before he could believe.

There He was again, just for Thomas, perhaps. His Glory filled the room as He said, “Peace be unto you.”

They waited, they prayed, and then came the wind and the fire. The Holy Spirit filled the room and filled these original believers. Then the words came.

Out of their mouths, the message of salvation was announced. It came out clear and true in the languages of the people gathered at Jerusalem for the Feast of Pentecost, a harvest celebration of God’s provision in Israel’s fields.

Crowded beneath the windows of that upper room were all manner of folks. Arabians and Grecians and Cretans and Libyans and Egyptians were among them. Some jeered and others mocked, blaming these outbursts on a gang of drunken revelers.

The Good News traveled to these ears and touched many hearts. Peter stepped forward. No longer in denial, this rugged, brash Apostle delivered a Bible lesson chock full of the Scriptures. These words left the people in wonder and in want:

“What shall we do?” they asked.

“Repent, and be baptized in the name of Jesus Christ … and receive the gift of the Holy Spirit,” (Acts 2:38). Three thousand gladly responded to this instruction and became members of the Church of Christ. This was Spirit-powered evangelism, the only kind that works the work of God upon human hearts. The power was there and the power magnified the Word. The Truth fueled these transformations.

They set their minds to hear and practice the Word. This made them powerful witnesses. Daily, they came to hear teaching, doctrine lessons became regular and important parts of their lives. Click To Tweet

It was only the beginning. Those early believers purposed to learn. They were taught the Apostles’ doctrine and continued in it. “…They steadfastly persevered, devoting themselves constantly to the instruction …” (Acts 2:42 Amplified).

That’s how it was with the first Christians. They set their minds to hear and practice the Word. This made them powerful witnesses. Daily, they came to hear teaching, doctrine lessons became regular and important parts of their lives.

This made a difference in them and in the community. Their praises filled Jerusalem. They became favored ones. “And the Lord added to the church daily such as should be saved” (Acts 2:47).

Saved? How?  By the Word that was heard and lived out among them.

This is a pattern that we would do well to learn how to follow in these days.

Devotion to the Word has to come first. This is important because it is the key to all of the other stuff that comes afterward.

Doctrine can be viewed as a bad term by some, as if it implies something tired and stale. Rather, doctrine should be seen as the ordered understanding of the Bible.

The Scriptures are full of stories, instructions, poems, songs, letters, etc. These need to be received line upon line, precept upon precept, here a little, there a little. Organized thought patterns define and strengthen our faith.

We enter into fellowship based upon what God says about us – we learn to love ourselves because we are precious to Him. We eat up those sayings about who we are in Christ. We think on them over and over, and then we are empowered to love others – our neighbors, even the nasty ones – with the same love that He has shown to us.

This is the miracle of Christ in us. The Living Word who died for us lives in us now. We learn from the Word how to celebrate what He did in our communion ceremonies and at holidays like Christmas and Easter. We discover that He hears our prayers. More than that, doctrine informs us that the Savior King intercedes for us at the Throne of God. And, the Holy Spirit identifies with us as He groans out those prayers for which we cannot find words.

It’s really very simple, isn’t it? Let’s do what Jesus has told us to do. Hear the Word. Believe it and believe In Him.

Who can tell what wonders and signs the Lord will bring with those who know and fear Him?