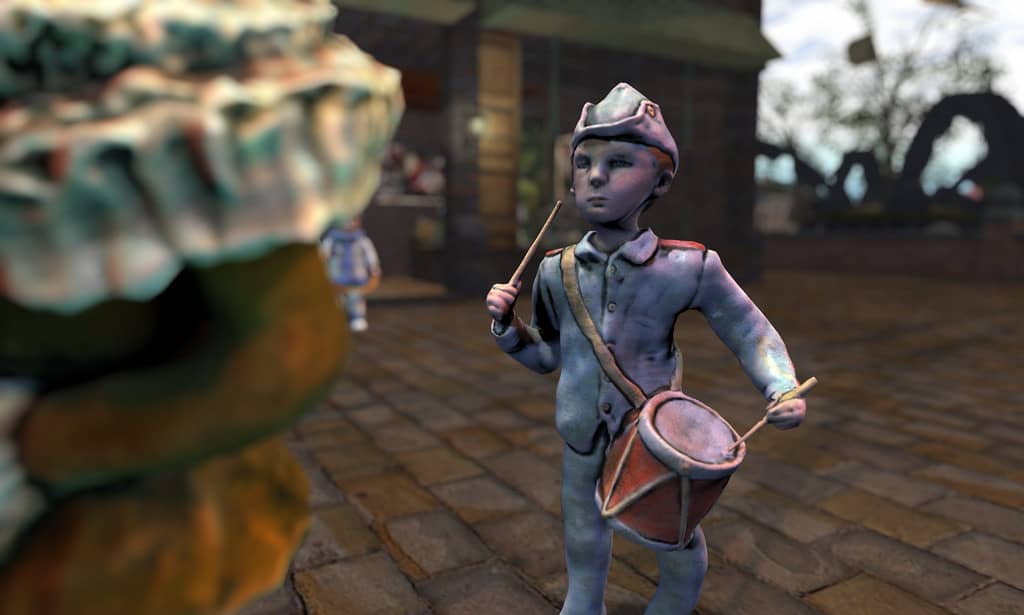 This is not a story we can read in our Bible because it’s not there. The song, written in 1941, is said to be based on an old Czech tale and was first named “Carol of the Drum.” The von Trapp Family, of Austria and “Sound of Music” fame, first recorded the tune in 1951.

The tune makes me think of a story and a parable from the life of Jesus. The story is the one in Luke 21 about the poor, poor widow whose offering was just two mites. Jesus noted that others gave much more from their abundance, but the widow’s pennies were all that she had. Everything she had, she gave to God.

The parable? It is the one about the talents in Matthew 25. The story Jesus told goes this way:  A wealthy landowner was going on a journey and gathered the three servants who were going to manage his affairs while he was away. One servant got five talents – or pieces of money. Another was given two talents, and the third got one talent. The first two servants used what they were given and doubled their master’s money. The third buried his talent in the dirt.

Upon his return, the master celebrated the two servants who had worked with their talents – “You have been faithful in little; I will set you over much. Enter into my joy.” The third servant turned back his talent and leveled an accusation as he did so: “I know you to be a hard man … so I was afraid – here’s your talent.”

Was the third servant merely lazy? No, the root of his problem was his warped concept of his master. This servant refused to make any use of what he had been given.

This teaching of Jesus in Matthew 25 comes right after the one about the wise and foolish virgins. These virgins waited in expectation for a wedding party that could happen at any time. Some were prepared for the wait and others were not. The ones who were ready enjoyed the feast, the ones who were not ready missed out.

Think again about the little drummer in the song. He could have hidden himself among the crowd at the manger.  He could have stayed out of sight, or simply remained a spectator. That way, no one would have known his status as a starving musician. He could have buried what he had been given.

Instead, the boy offered what “penny” he had; he used his one talent and drummed for the Lord. What God had given him, the drummer boy gave back to Him.

From Him, Through Him, To Him

I think that’s the big message we should take from the Little Drummer Boy. Really, don’t we all wonder what we can do to please God?

Romans 11 concludes this way: “From Him and through Him and to Him are all things. To Him be the glory forever. Amen” (Romans 11:36). Everything about us comes from Him, and we are to use it all for His glory.

So, what present shall we bring to Him? Romans 12:1 tells us: “By the mercies of God, present your bodies as a living sacrifice.”

This is the kind of present we could bring to the Lord – the present of us. How do we do this? We do it by His mercies, that’s how.

Our Master loves us; we don’t view Him as hard and unapproachable. We come boldly to His throne of grace to find help.  He has freely given all things. By grace, we are saved – it is the gift of God.

Bulls and goats, dollars and cents,  these are not the offerings that please the Lord. He seeks us –all of us–our hearts, souls, minds, and strengths.

May we be alive unto God as never before. He entered this world through the manger. He took on flesh and bone so He could offer Himself as the one true Man, dying for all of the untrue.

Now, He lives in us by His Spirit. Let’s bang our drums – for Him, to Him, and through Him.