Faith, Blessing and Turns of History 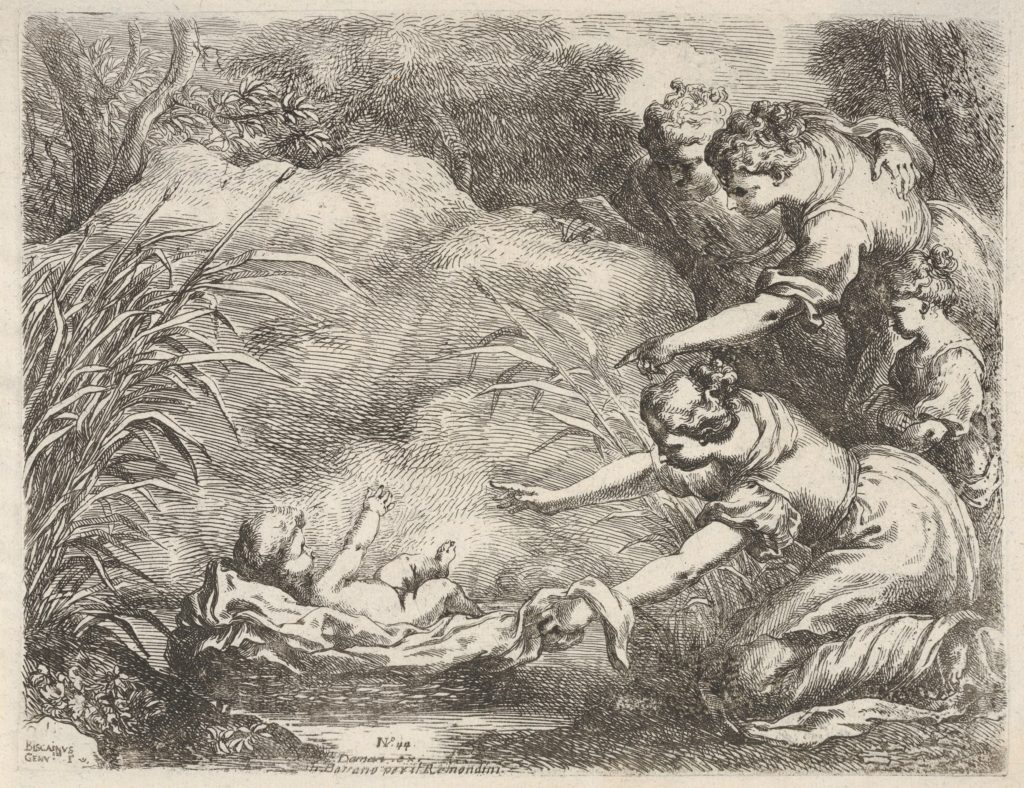 Noah, Abraham, Joseph, Moses – these are the names of heroes to those of us who read the Bible. They were men blessed and chosen by God to bless and to serve others.

The pattern goes like this: The Lord speaks and a man hears and obeys. Result: History takes a turn. A way is made, a narrow, straight way, a way that few find.

In these first chapters of the Word, we learn of the Light spoken into the world, of man made in the image of God, of that man’s Fall due to the deception of the serpent. We read on of murderous Cain, who slew his brother Abel and of a world culture that devolved into one filled with evil imaginations. What once had been very good rotted and decayed, setting the stage for the great Flood.

God hung the future of the human race upon one man who had found grace in His eyes. This was Noah. He heard the Lord and followed His direction in building the Ark. The project took decades to complete. He preached righteousness (see 2 Peter 2:5). And the Ark was ready for the storm, and so were Noah and his family and the animals that came aboard. The earth washed with water would now be populated from this group of eight people.

Eventually, the story brings us to Abraham, a man living in a pagan atmosphere with a wife who could bear no children. This one, like Noah, heard the Lord. God told him to “Go” and he went out to find the Land promised to him.

Faith — Abraham is called the father of it. He believed the Word of the Lord and God counted it as enough. This man’s belief added up to righteousness before the Lord. Abraham became known as the friend of God. His wife, Sarah, bore a son in her 90s, fathered by this man who was 99.

Much rested on the faith of this man. For the Lord told him, “I will make of you a great nation, and I will bless you and make your name great, so that you will be a blessing. I will bless those who bless you, and him who dishonors you I will curse, and in you all the families of the earth shall be blessed” (Genesis 12:2-3).

Joseph was a favored one in his family. His father, Jacob, singled him out among his brothers because he was the firstborn of his favorite wife. He wore a robe that stood out with its variety of colors.

He was also a dreamer. And he wasn’t afraid to let everyone know this. He got visions of his exaltation and he shared them freely around the house. Not the wisest route to take. He was a naïve 17-year-old at that point.

All of these things fueled envy among his brothers. One day they decided to act on these feelings. They first thought to kill Joseph, but instead threw him into to a pit and settled on a plan to sell him to slave traders whose caravan had shown up.

Joseph wound up as a household servant in Egypt. There he showed himself exemplary as a manager/administrator and handled all of the household’s affairs. A false accusation of assault was leveled against him and this landed him in prison. There, he worked and waited for a glorious promotion.

It was Joseph’s character that was formed in those hard days. Circumstances humbled him. The process prepared him for leadership. Click To Tweet

It was Joseph’s character that was formed in those hard days. Circumstances humbled him. The process prepared him for leadership.

Those difficulties were what God used to shape Joseph for the triumph over his trouble and its aftermath. His divine discernment in dreams raised him to a place of rule in Egypt. Famine fell on the earth. The plan the Lord gave Joseph saved this empire and also his hungry and troubled brothers. He also gained a heart of forgiveness and mercy.

“Joseph said to his brothers, “Come near to me, please.” And they came near. And he said, “I am your brother, Joseph, whom you sold into Egypt. And now do not be distressed or angry with yourselves because you sold me here, for God sent me before you to preserve life. For the famine has been in the land these two years, and there are yet five years in which there will be neither plowing nor harvest. And God sent me before you to preserve for you a remnant on earth, and to keep alive for you many survivors.  So it was not you who sent me here, but God. He has made me a father to Pharaoh, and lord of all his house and ruler over all the land of Egypt” (Genesis 45:4-8).

In Exodus, Book 2 in the Bible, we read of another man chosen for a rescue mission. This one was an outlaw, a killer who fled Egypt for the wilderness. There, the Light shined before Moses. The Voice spoke from a bush ablaze but not burnt up.

Moses led the people of Israel out of Egypt, a place in which they’d been enslaved for more than 400 years. He became the meekest man upon earth, one who saw the Lord face to face and received the Lord’s oracles – the Ten Commandments and other rules for life.

The only reason Moses was even alive was because his mother set him afloat in a basket on the Nile River when all of Israel’s sons were ordered to be thrown to the crocodiles. Pharaoh’s daughter found the basket and she took Moses as her son. He was blessed to grow up in Pharaoh’s palace for 40 years before he struck down a man and had to go on the run.

And yet God came to him. Moses was called out and raised up to reveal the power of the Lord. This nation was delivered and marched forth to take its place in the home God prepared.

The Lord shined on these men and He shines on us today. God still blesses. He is speaking. Who will pay attention? He needs just one here, one there.

Let’s listen for that still, small Voice of God in the crisis, in the chaos.

God can do so much with the “ones.” A crowd cannot wear Heaven’s crowns, it seems. The blessing that falls upon one opens the door for blessing to go out to the many.