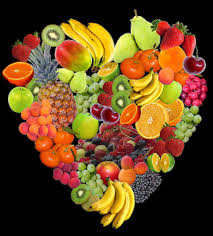 “Failure isn’t Final with the Father”

The next sentence of this well-known song  sung by LuLu Roman is “Failure opens doors to start again.”  Then a little later she sings these words that are pregnant with hope:  “You have the power the door to open wide, for within the Blood of Jesus satan cannot hide.”  These words are piercing and true, because we have been given the faith of the Son of God which is what gives us the power to overcome the world and the prince of it (Gal.2:20;  I John 5:4) …. AND to exit from failure victoriously!  Yet so many Christians, especially those who are not armed with sound, Finished Work doctrine, give up after failing, some even after just one, perhaps, huge mess-up. They forget that God is Mercy-full and a God of redemption.  Joel 2:25 tells us that “I [the Lord] will restore or replace for you the years (my italics) that the locust has eaten – … “.  In Psalm 103:4 we read that He “redeems your life from the pit and corruption, … [He] beautifies, dignifies, and crowns you with loving-kindness and tender mercy;”.  The writer of Psalm 107 surprises the reader with these words at the end of this Psalm which magnifies the merciful nature of God:  “Whoso is wise … will observe and heed these things;  and they will diligently consider the Mercy and lovingkindness of the Lord.” (verse 43)

“Then they cried to the Lord in their trouble, and He saved them out of their distresses.” (Psalm 107:13)

The Lord wants us to be persuaded of His Mercy-full Nature and Mindset towards us. Click To Tweet

Four times it’s mentioned in this Psalm that a group in trouble cried out to the Lord and He saved (or “rescued” or “delivered” them out their distresses;  the verb is in the past tense twice and in the present tense twice –  significant because “He is the same yesterday, today, and forever.” Hebrews 13:8)  It seems that the people in each of the four situations mentioned were in crisis because of some sort of failure, e.g.  wandering from the paths and people of God (v.4), rebelling against the Words of the Most High and spurning His counsel (v.11), slothfulness and negligence (v.17), or going after the things of the world and being occupied with them (v.23-27).  But in each case, as mentioned above, they cried to the Lord and He rescued them out of their particular plight.  And not only just delivered them:  He also gave them the fruit of His goodness, honoring what was perhaps in most of those cases the minutest measure of faith! (Look at verses 7-9, 14,20,29-30).  Is it any wonder then that with all that He did for those spoken of in Psalm 107, and with the “above and beyond” of verses 31-42 that He abundantly graced them with, the Psalmist would advise us to “observe and heed these things”.   The Lord wants us to be persuaded of His Mercy-full Nature and Mindset towards us.

When we begin to grasp with our spiritual understanding this immeasurable Divine Mercy, we become candidates for delighting the Father of mercies Himself by receiving, embracing, and enjoying it, magnifying it instead of our failure – for which it was designed! David was one in the Bible who stands out in his availability to God’s sure mercies (Acts 13:34);  he so trusted the merciful Character of his God that when it came to choosing a “punishment” for numbering the children of Israel outside the Will of God ( II Sam.24:1-14) , he chose to fall into the Hands of the One he knew would be uncompromising in His sentence but merciful in His dealings with His servant and king:  “I am in great distress.  Let us fall into the hands of the Lord, for His mercies are many and great;  but let me not fall into the hands of man.”(v.14)

The failure, faith, and fruit of David … a striking example for us!

In II Samuel 11:1-12:25 we read of the fiasco created by the complacency and ensuing poor choices of David.  The failure:  David had not gone out to battle with his men and perhaps his guard was down when he beheld beautiful Bathsheba on the roof of her nearby house.  The king had her brought to him, and not long after Bathsheba sent word to him that she was pregnant with his child.  Rather than repenting to the Lord at that moment (or sooner), David added sin to sin and arranged to have Bathsheba’s husband, Uriah, positioned in the most dangerous and vulnerable place on the current battleground.  He indeed was killed (II Sam.11:21)  The Lord sent Nathan the prophet to David to confront him about what he had done, and when David came to his spiritual senses and realized the magnitude of his folly, he admitted it and repented.  Nonetheless,  the “bad fruit” of his failure would be that “the sword would never depart from David’s house” and that evil would be raised up against him from within his own family (II Sam.12:10-12).  Furthermore, the child would die (v.18).  But David trusted in the Mercy of God and fasted and prayed to the Lord that the child’s life would be spared (vv 16,17).  When it was told the king that the child had indeed died, he got up off his knees, washed and anointed himself, got dressed, and went into the house of the Lord and worshiped Him.  Then he asked for food and ate! (vv 19,20)  His servants were shocked, but David had fasted,wept, and prayed, believing that God in His Mercy might spare the child’s life.  But even though his pleas were met with God’s “No.”,  David’s confession was that the child was now dead and although he could do nothing to bring this son back to him, he would at some point go to him (vv 21-23).

Let’s consider and really “heed and observe”  this encouraging example of one of the “But God”s in the Bible (see also Rom.5:8; Eph.2:4; Phil.2:27).  First of all, the Mercy of God was clearly revealed to and through David in that the Lord forgave him his sin, which was against God Himself as well as Uriah and Bathsheba (v.13);   God’s justice clearly required that he die himself (Gen.9:6; Ex.20:13;  Lev.20:10).  Therefore, David, so keenly aware and persuaded of the gracious nature of his God, was able to put his sin behind him and believe that it was indeed forgiven and put away.  David glorified and delighted the Lord by hoping in His Mercy (Psa.147;11)!

Verse 25 of II Samuel 12 then tells us that the king comforted Bathsheba, now his wife, who soon bore their second son;  and the Bible says that  “the Lord loved the child”, in 2 consecutive verses (vv 24,25).  Bathsheba named him Solomon, but the Lord named him Jedidiah, “beloved of the Lord”.

God is the Father of mercies, and He is OUR Father!

We as His children cannot be merciful as He is merciful if we haven't first received mercy from Him (Luke 6:36; I Cor.4:7). Click To Tweet

In light of this story, which so helps believers believe that He is waiting to be gracious to us and looking to be merciful (Isa.30:18), let us receive Grace to be truly wise and consider these true accounts of God’s mercy in action.  Let us be encouraged to receive it by faith, trusting in the Name, the Character of the One Who is FULL of Mercy (Ex.34:5-7), Who is the FATHER of mercies (II Cor.1:3) which never fail (Lam.3:23), Who is our Father (Matt.5:16).  In fact, we as His children cannot be merciful as He is merciful if we haven’t first received mercy from Him (Luke 6:36;  I Cor.4:7).  We ourselves must be confident enough in our Father’s Character and Nature to dare, by faith, to come boldly to the Throne of Grace to receive mercy for our failures;  or we’ll not have the boldness to then receive Grace to get up, move on, and see fruit produced.

“For if because of one man’s … offense death reigned through that one, much more surely will those who receive God’s overflowing Grace … and the free gift of righteousness reign in life by One, Jesus Christ.”  (Rom.5:17)

Let us never forget that with our Father, failure is never final;  and let us therefore  be swift to exercise the measure of faith that has been given us (Rom.12:3) and come to Him with utmost trust and confidence when we fail.   This is what brings forth fruit that glorifies Him and delights Him … not our groveling in the misery following failure but rather growing in our  response to His sure mercies.

“Every real conversion to Christ means exercising the faith we’re given and relentlessly converting problems [failures] to praise [the fruit of our lips].”  Ann Voskamp