Fear Factors and Faith that Floats 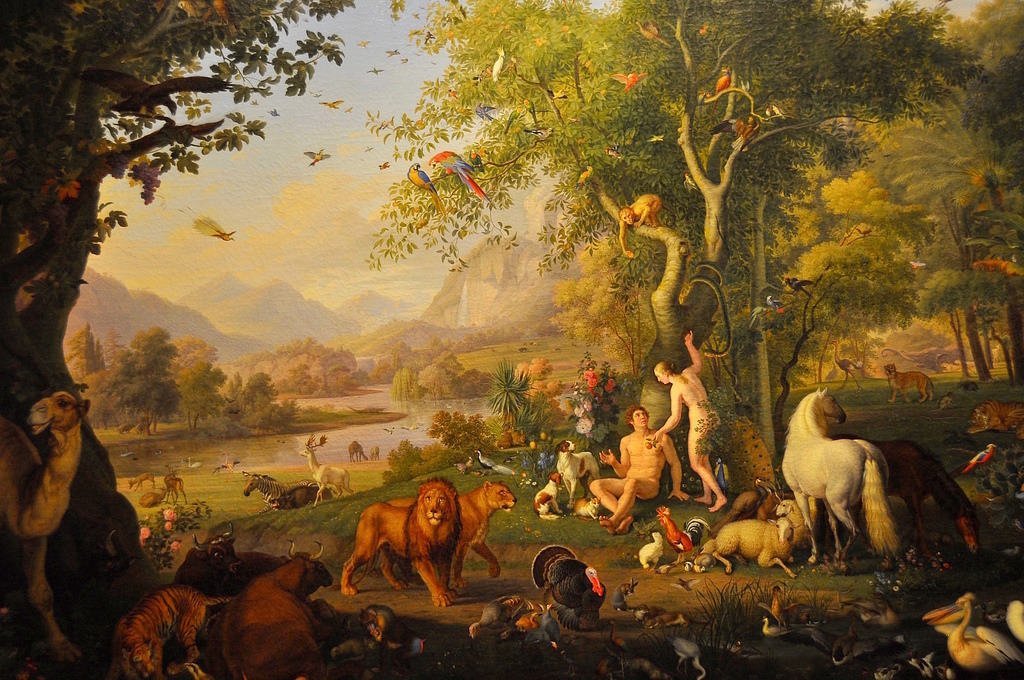 Fear does strange things to us. It has to; because it is something we were not made for.

Read Genesis 3. There we discover original fear as it plagued Adam and Eve after their original sin. Maybe that should read original sins — plural. There was a mental process of departure from the rule of God that began before the fruit of the forbidden tree was eaten. Those first thoughts contrary to the message of the Lord were also sinful, I believe.

Fear seems to me to be the outgrowth of man’s reach for what he sees as ultimate self-realization. He wants to do things his way, on his terms. This line of thinking derived from the arguments of Lucifer, a being who wanted to be more than he was made to be, a being wonderful and glorious in appearance and ability, a being who lusted to be like the most High.

Failure, at its core, is a fracture of faith. Questions about the character of God open fissures of doubt in our hearts. The result is a faulty foundation that crumbles under the load.

The Progression of the Fall

Look at the way the Garden encounter progressed. Eve gave the serpent a hearing and then took a long look at the Tree of the Knowledge of Good and Evil. This tree was attractive in a way that Eve had not experienced before. It was also bearing fruit.

Eve entertained the suggestions of the serpent and departed from her place of trust in God. She was surrounded by trees with fruit for her to take and enjoy. Adam cared for these; this was the work he was given when the Lord put him in Eden. He was to dress and keep the Garden.

The original humans were not afforded a point by point breakdown of how death would enter the picture once they took from the tree. God said simply, “Eat of the tree and you will die.” It was His Word to them.

This was the real question before them — Could they take God at His Word? Could they maintain the measure of trust necessary to avoid falling victim to deception?

We know the answer. They could not, and what died first was the simple trust they had in the Lord. The mistrust marked the internal perversity that occurred in them. The words they had heard were made crooked by the lies the serpent told. This was the initial stumble on the way to the great and tragic Fall.

The challenge of the serpent to the goodness of God was bought by the mind and heart of Eve. She swallowed the line about God keeping something from them. A twist of words sealed the deal for the devil in his pitch to the woman. She wanted more than she had after seeing the tree in the light of the strange fire the serpent had kindled.

“Become wiser,” said the devil, “become more like God than you ever thought possible.”

They took and ate, thinking knowledge would bring power. Rather, the new knowledge crippled them and introduced a process of decay – mentally, emotionally, and physically. Really, we can know too much.

They ate and at once, they could not look at themselves the same way. They now felt exposed — they became acutely self-aware of their bodies. These fresh and now frightening sensations prompted them to make coverings from the leaves of the trees they were assigned to dress and keep. They stitched together clothes to hide parts of themselves they now deemed unsightly. And, these were the parts that were directly related to their commission from God. At their creation, the man and the woman were told to be fruitful and multiply. After eating from the tree, they viewed their bodies in distortion and the task of fulfilling their mission to multiply grew more complicated. God made them good and saw them as good, but now they could not trust even that simple understanding.

The Sting of Death

Death reared its head in an unseen and ugly manner when they heard the Voice of God as He walked in the cool of the day. The sound of His presence made Adam and Eve run and hide.

God showing up then and there, after their eating from the tree, stirred fear in them. They recognized the Voice. They now felt out of place and out of order. This was the conscience’s work in them.

A kind of paralysis gripped the man and the woman. Fortunately, they could still hear. When God called – “Where are you?” – Adam did answer and admit to the sense of nakedness that he and Eve now felt.

God defined the source of such feelings right away – “You ate from the tree, did you not?” They did not believe what God had said about the Tree of the Knowledge of Good and Evil and put their trust in another’s voice. But that other voice offers no hope and no balm for hurting hearts. It is a voice that tricks and misleads.

The good news is that God did not stop speaking. His Word went out to Adam and Eve and it goes out to all. He still points to the Way, the Truth, and the Life, to salvation in Jesus Christ. Many focus on their fears. This make some fight and others flee; they wage war or run away. They find no rest.

We must throw ourselves upon the truth of God’s message. The Gospel provides a living hope that lifts us.

We can float, like Noah in the Ark. This man put his trust in what God spoke to him, to the point that he spent more than 100 years building something to weather a flood when earth had yet to see rain. Noah’s faith came by his hearing of the Word.

Let us be built up in the most holy faith. Let us draw close to the Lord.

Read the Bible. Be faithful in church attendance. Develop devotional habits of prayer and evangelism. Talking to God and talking to people about God are healthy spiritual practices.

With these things going on in our lives, fear will lose its grip on us as we cast all our cares upon Him.

For more on defeating the plague of fear, listen to “Draw Near and Beat Fear,” a message preached by Thomas Schaller, Pastor of Greater Grace Church of Baltimore.