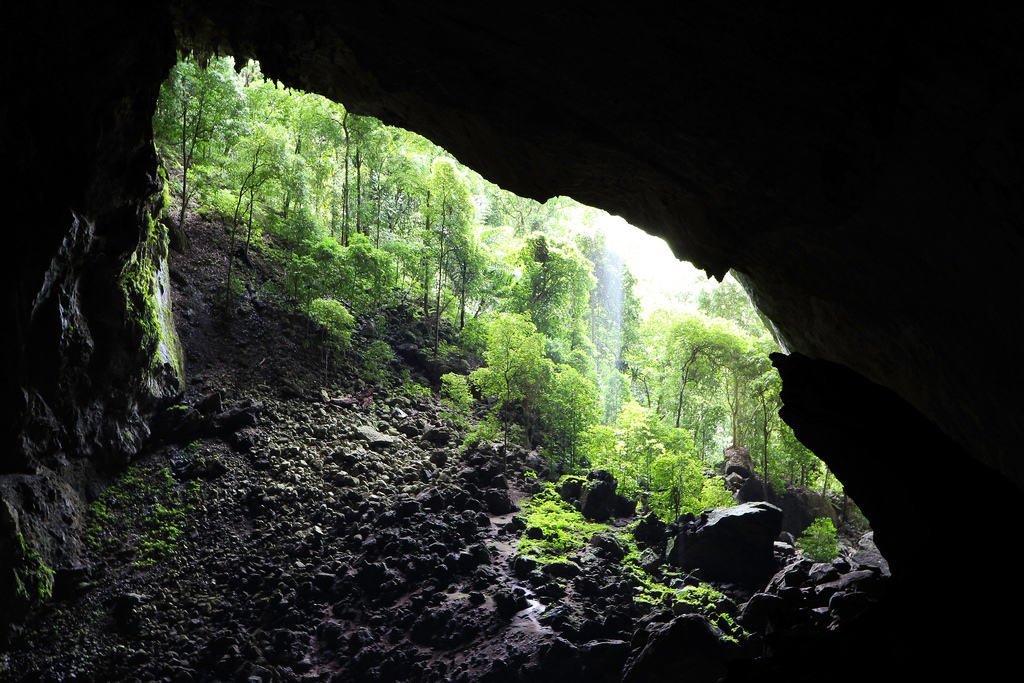 God’s first words of love to man come to us in a most unusual setting.

I find it in Genesis 3 – the Fall chapter. Herein, we read the account of Adam and Eve’s disobedience in eating from the Tree of the Knowledge of Good and Evil. The serpent twisted the truth, distracted the woman, and beguiled her to behold this tree, the only one deemed off limits to the man and the woman.

What Eve experienced at the tree was that it was good for food and also attractive to the eyes. Also, the beauty of it and her nearness to it stirred in her a desire for the way it could make one wise. This, perhaps, is the original sin – the hint of doubt in the goodness and veracity of God crossed the woman’s mind. And, she took of the fruit and ate and gave some to her husband, who was there with her.

They were wiser now, but not in a better way. They had open eyes; they knew more than they did before, but rather than elevate them, the knowledge moved them to cover up and to take cover. For the first time, they felt exposed and made clothes of fig leaves.

God approached and the sound of His Voice struck chords of fear in them. They retreated and trembled among the bushes. In silence, they seemed to be hoping that the Lord would just pass on by. The sense of His presence had never felt like this before. It was terror at work in them now.

God kept coming. At last, He called to the man.

“Where are you?” This, to me, marks the first words of love from God to man.

“Where are you?” The omniscient Creator knew right where Adam and Eve were hiding. He was fully aware of what had transpired at the Tree of the Knowledge of Good and Evil.

He could have put them out of sight and out of mind right then and there. He did not. He knew they were lost and He sought them. He made coverings of skins for them. He set in motion the program of redemption from sin and the triumph over the devil with a promise to the woman – the seed of the woman would bring the One who would crush the serpent’s head (see Genesis 3:15).

God kept coming. He called, “Where are you?” He asked a big question to draw a response from the man; He asked a question He already knew the answer to.

“For the Son of man came to seek and to save the lost’’ — so proclaimed Jesus as He rejoiced over the conversion of Zacchaeus in Luke 19. This has been God’s mode of operation ever since the Garden.

In Mark 5, Jesus showed up on the shore in the country of the Gerasenes. There, He met a man possessed by Legion, a crowd of demons, a group who knew ‘the Son of the Most High God” too well. He sent the demons away to a herd of pigs and delivered the man; this one went on to become a bold witness throughout the towns in his area.

God keeps coming, just as He did in the Garden and just as He did during His days on earth. He went to the lepers, the prostitutes, the losers of society. Those trying to hide away heard the Voice of the One who made them.  They heard Him say, “Where are you?”

His Voice still cries, “Where are you?” It goes out like never before as the day of His coming draws closer and closer. “Come to Me,” He says. “Come out of the shadows and from under the false and foolish coverings you have made for yourselves. Come and be saved.”

We love because God first loved us (1 John 4:19). He stretched Himself to us. He stepped into our world; He took on our skin; He lived like us so that He could die for us.

God keeps coming and calling, “Where are you?”

Who will hear and answer Him?

For more about God and how He comes to us, check out “Rejoicing Where Two Ways Meet,” a message from Thomas Schaller, pastor of Greater Grace Church of Baltimore.