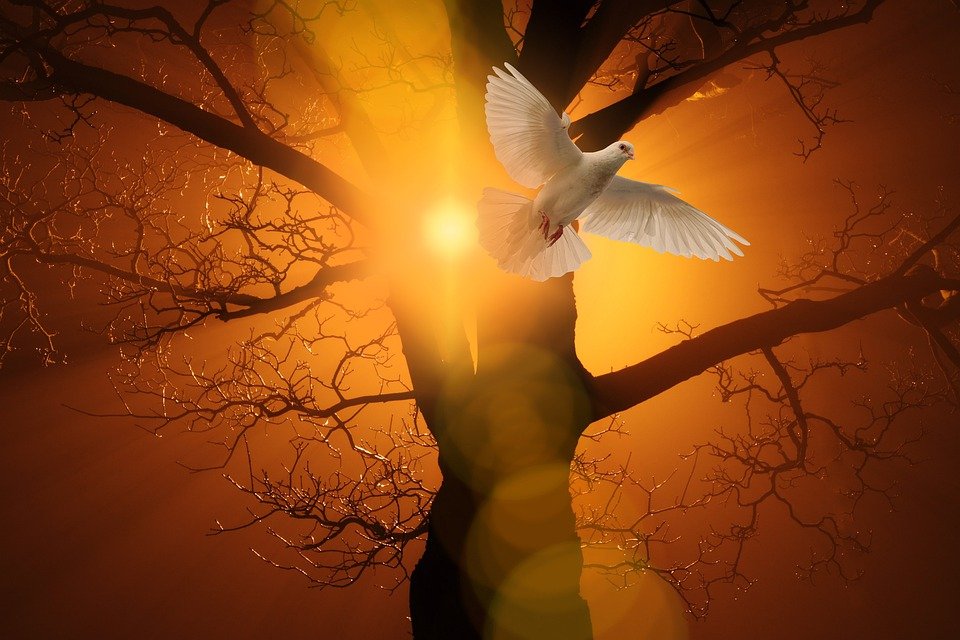 In Genesis 46:3-4, God told Jacob that the Lord would make him a great nation, promising that He would go with Jacob and his family to Egypt and “I will surely bring you up again”. God would birth the nation of Israel beginning with the seventy of Jacob’s family as well as Joseph and his family already there and then deliver them. In Exodus 1, Scripture says that the sons of Israel would be fruitful and increase greatly and be multiplied and become exceedingly mighty for a season. But once the Pharaoh who favored Joseph was gone, a new leader would place them in hard labor for hundreds of years. In fact, Exodus 12:41 tells us that this Hebrew nation remained in Egypt for exactly four hundred and thirty years. Since Egypt is a symbol of the world, the nation of Israel would be birthed out of the injustices of the world.

When Moses was raised up to lead the nation out of bondage and into the wilderness, heading for the promised land, scholars believe that there were between two million and three million crossing the Red Sea, which is a picture of salvation. They arrived at Mount Sinai where the Lord gave the Law to Moses on the mountain. The Jewish Festivals within the Law included Passover, in celebration of God’s deliverance from Egypt and Pentecost (Greek word meaning fiftieth) signifying that the Law of Moses was received fifty days after their deliverance. The Law of Moses would be the Lord’s intended means of His people finding a quality relationship with Him through His perfect justice. They were to put their trust in God’s justice over man’s injustices.

Shortcomings of the Law

The Law of Moses may most clearly be represented by Deuteronomy 10:12-13, “Now, Israel, what does the Lord your God require from you, but to fear the Lord your God, to walk in all His ways and love Him, and to serve the Lord your God with all your heart and with all your soul, and to keep the Lord’s commandments and His statutes which I am commanding you today for your good?” Of course, this was a tall order and it turns out that they could not measure up. Living under the standards and regulations of the Law of Moses would not provide the necessary ability to keep the Lord’s commandments. As Jeremiah testified in Jeremiah 7:23-24, “But this is what I commanded them, saying, ‘Obey My voice, and I will be your God, and you will be My people; and you will walk in all the way which I command you, that it may be well with you.’ Yet they did not obey or incline their ear, but walked in their own counsels and in the stubbornness of their evil heart, and went backward and not forward.”

This failure of the old covenant to bring the old covenant Hebrew into a truly spiritual relationship with God was always intended (see Hebrews 7:18). No matter how good man’s attempts are in his own efforts, he will never be found righteous before God. Paul explains in Galatians 3:23-25, “But before faith came, we were kept in custody under the law, being shut up to the faith which was later to be revealed. Therefore the Law has become our tutor to lead us to Christ, so that we may be justified by faith. But now that faith has come, we are no longer under a tutor.” According to Romans 8:3, “For what the Law could not do, weak as it was through the flesh, God did: sending His own Son in the likeness of sinful flesh and as an offering for sin.” The conclusion of the Law of Moses was always to be a living faith in the Messiah, Jesus Christ. If that be so, then what does this transition look like? The answer is a new covenant.

When returning from captivity in Babylon and Persia, the rabbis assembled to discuss what to do so that this captivity would never occur again. The strategy they came up with was to establish a “fence” around the 613 laws of Moses. By creating laws that would surround the Mosaic laws and enforce them as they would the original 613, Jews would be punished for those man-made laws without breaking God’s laws. It was agreed that the oral law, the administrative methods used throughout the old covenant period to implement the Mosaic laws, would serve as the basis for these man-made rules and regulations. Many years later, these laws would be codified as the Mishnah and included in the Talmud. Yet there are Scripture verses that prohibit the addition or subtraction to the Lord’s commandments (see Deuteronomy 4:2 and 12:32), but these prohibitions did not stop them from adding to the Law of Moses.

Jesus dealt with this matter in Matthew 15:1-14 when He addressed the “tradition of the elders”, a reference to the oral law. In verse 3, He asks the Pharisees, “Why do you yourselves transgress the commandment of God for the sake of your tradition?” The Pharisees and scribes were elevating oral tradition above the Law of Moses. He then quotes Isaiah 29:13, “This people honors Me with their lips, but their heart is far away from Me. But in vain do they worship Me, teaching as doctrines the precepts of men”. That means this was not a new phenomenon, but had been taking place over the entire old covenant period. Man’s tendency is to want to create rules and regulations to “legislate morality”, but it never really works. When the religious man attempts this, he undermines the work of the Holy Spirit in bringing the believer into a true spiritual relationship with God in the new covenant age.

Luke 10:1-2 tells us that Jesus “appointed seventy others, and sent them in pairs ahead of Him to every city and place He Himself was going” to be laborers in the harvest. Just as the Hebrew nation began with seventy of Jacob’s family (plus Joseph’s family already in Egypt), the church began with seventy laborers (in addition to the twelve). This passage tells us that, ”The seventy returned with joy, saying, ‘Lord, even the demons are subject to us in Your name.’ And He said to them, ‘I was watching Satan fall from heaven like lightning. Behold, I have given you authority to tread on serpents and scorpions, and over all the power of the enemy, and nothing will injure you’” (Luke 10:17-19). The work of the new covenant would be accomplished by the supernatural power of the Holy Spirit and not by man’s obedience alone.

The environment in which the church would be birthed was the legalism that had gripped the Jewish leadership, particularly the Pharisees and scribes since the return from Babylonian captivity as demonstrated by the Mishnah. Jesus confronted the Pharisees in Matthew 23:4 when He said, “They tie up heavy burdens and lay them on men’s shoulders, but they themselves are unwilling to move them with so much as a finger”. The times were ripe for a new relationship with God, based upon His grace and the power of the Holy Spirit. The new covenant would resolve all the shortcomings of the old covenant since it relies on the work and power of God. It would be received by grace and not according to works.

From the Cross to Pentecost

The completed work of redemption would be fulfilled at Calvary with Jesus’s sacrificial offering of Himself when He said, “It is finished”. The fiftieth day after His resurrection, the Jewish festival of Pentecost became the day the Holy Spirit was bestowed on all who would believe in Jesus as Messiah, as promised by Jesus as well as other Old Testament prophesies, including Joel 2:28-29. In John 14:26, Jesus said, “But the Helper, the Holy Spirit, whom the Father will send in My name, He will teach you all things, and bring to your remembrance all that I said to you.” In Acts 2, the Holy Spirit was given as a gift when three thousand would exercise their faith in Jesus as the Christ, the One who forgives sin as opposed to the sacrificial system of the Law of Moses (Acts 2:38).

Man is not capable of being spiritual apart from the Holy Spirit. In John 3:6, “That which is born of the flesh is flesh, and that which is born of the Spirit is spirit.” According to Paul in Romans 2:28-29, the spiritual man, the true Jew is the one whose heart has been circumcised, “by the Spirit and not by the letter, and his praise is not from men, but from God”. Following the letter of the law can never bring anyone into a spiritual relationship with God, instead only a religious one. The spiritual man learns to be led by the Spirit of God, becoming His son, His mature one (Romans 8:14). As Jesus taught in John 3:8, “The wind blows where it wishes and you hear the sound of it, but do not know where it comes from and where it is going; so is everyone who is born of the Spirit.” The spiritual man allows the Holy Spirit to take him where He wishes.

It was no accident that the Jews could not find their spiritual maturity through the Law of Moses since it could not justify anyone, it would only bring one to a knowledge of his sin (Romans 3:20). From the first Pentecost when the Law of Moses was delivered to the people at Mount Sinai, the Hebrew nation struggled in their relationship with God since they could not fully trust Him to be all that they needed Him to be. Faith in God is not acquired by human effort, but rather found in the process of seeking Him, that God is everything we need to find our rest. This rest is found in our relationship with Him. In Matthew 11:28-30, Jesus taught, “Come to Me, all who are weary and heavy-laden, and I will give you rest. Take My yoke upon you and learn from Me, for I am gentle and humble in heart, and YOU WILL FIND REST FOR YOUR SOULS. For My yoke is easy and My burden is light.” This rest can only be found in an intimate fellowship with Jesus, our great High Priest through the leading of the Holy Spirit.