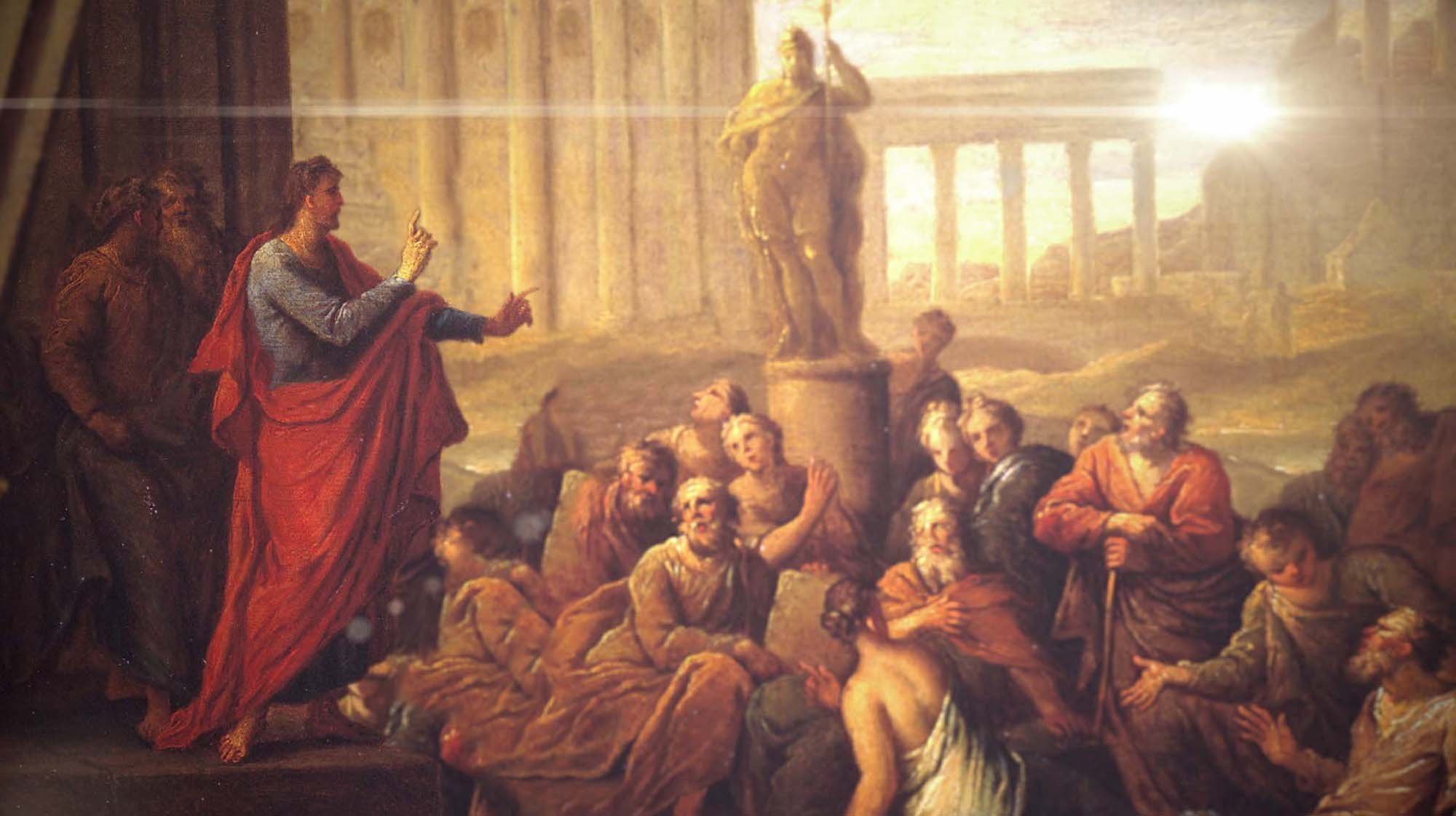 “Whom you therefore ignorantly worship, Him declare I unto you” (Acts 17:23).

This was the point Paul sought to drive home to a distinguished group of hearers. These ones fancied themselves as the brightest and best at human reasoning. They were thinkers and talkers – mostly talkers really. Every new concept or idea intrigued them. And so this was how they initially responded to the words that came from this missionary.

For all of their elite pursuits and educational attainments, something befuddled these advanced, progressive minds. The sense of eternity left their hearts somehow disquieted and Paul knew it and spoke to this.

Paul arrived in Athens alone. He was used to having his words examined and dissected. He escaped to this city after his Gospel presentations sparked disturbances in Thessalonica and Berea. He had become a marked man. The Word of God he spoke was quick and powerful.  The message of the resurrection and finished work grace struck at men’s hearts. Hundreds came to worship the Lord; others declared war on the messenger.

This apostle went on the lam, but he refused to hide himself away. The sight of the shrines and idols that populated Athens spoke to its religious character and revealed the superstitions in practice there.

These things provoked Paul. He refused to stay silent. He grew up in Tarsus, a significant university city in Cilicia, and as such he gained the rhetorical skills that served him well in his preaching, teaching, and writing. He set about to tell the Jesus story.

He started in the synagogues and he ventured into the marketplace. His talks caught the ears of those among the intelligentsia, the intellectual society. And the Gospel was new to them and they determined to give this man and his philosophy a proper vetting.

Paul was brought to Mars Hill, the forum where the serious discussions were held. There, men argued and debated. They sought to define the world in terms of geometry, medicine, philosophy, politics, etc. They saw Paul as another babbler and they probably expected to derive some comic relief from what he had to say to them.

The speech recorded in Acts 17 could be classified as the original Christian apologetic. In synagogues, Paul argued from the Hebrew Scriptures to show that Jesus was the Christ, the anointed Messiah that Israel had long expected since the days of Moses. Here, in a temple of human thought, Paul took another tack, one that followed a line of evidence from Creation and words from one of the popular poets.

Among the altars that Paul had encountered in Athens, he most marveled at the one ascribed to “the unknown god.” Using this bit of reality, the apostle crafted his Mars Hill argument. He wagged his finger at the empty space. There was a gap in their understanding and no amount human effort could answer it.

The One who made all alive had sent out His Word. And that Word was a call to men everywhere to repent. Click To Tweet

For all that was known to them, they had an inkling of something more, or rather Someone other. A Being existed that they could not pin down. The sense and feeling of mystery about the Unknown One was significant and persistent. It had to be for it prompted them to make a space of worship for this Being.

“Deep calls unto deep at the noise of His waterspouts: all His waves and His billows are gone over me” (Psalm 42:7). The flow of truth washes over everyone at some time or another, and it was pouring from Paul’s lips.

Paul announced at once that this God was a Person, the One who made all things, the One uncontainable and beyond comprehension. He declared Him as the source of all life, the One who gave us breath. From one blood, man was made by Him, and as a result, all nations exist.

The One who made all alive had sent out His Word. And that Word was a call to men everywhere to repent.

The reality of the unknown God was made clear in the Person of Jesus. The Son of God personified righteousness to those who saw and touched Him, to those who ate with Him and were healed by Him. This Holy One shall sit in judgment, Paul explained, a judgment that all shall face.

The Power of Resurrection

The Christ’s holiness and righteousness were validated definitively. By what means?  By His resurrection from the dead.

This, for many in the audience, was the bridge too far. They stopped Paul there. Some sneered. Others mocked.

Resurrection?  Life beyond death? This concept was so unreasonable to their minds. But was it as unreasonable as an altar dedicated to the “unknown”?

Nicodemus reacted similarly in John 3 when Jesus instructed him:  “You must be born again.” A religious educator of the Jews, he found this idea incredulous. “How can this be? Shall a man re-enter his mother’s womb?”

Consider the wind, Jesus answered him. “You hear its sound, but you do not know where it comes from or where it goes. So it is with everyone who is born of the Spirit” (see John 3:8).

Not all at Mars Hill that day dismissed the Gospel as preached by Paul. Some wanted more:  “We will hear you again about this matter.” Others were awakened to the eternal message put before them. “But some men joined him and believed, among whom also were Dionysius the Areopagite and a woman named Damaris and others with them” (Acts 17:34).

These embraced the God who makes Himself known and the promise of His Resurrection. They let the wind of the Spirit carry them up and away from their own understanding. They exercised the faith that looks above and beyond, a faith beyond reason, a faith real and true.

It is this faith that saves and keeps.