Have You Caught Any Fish? 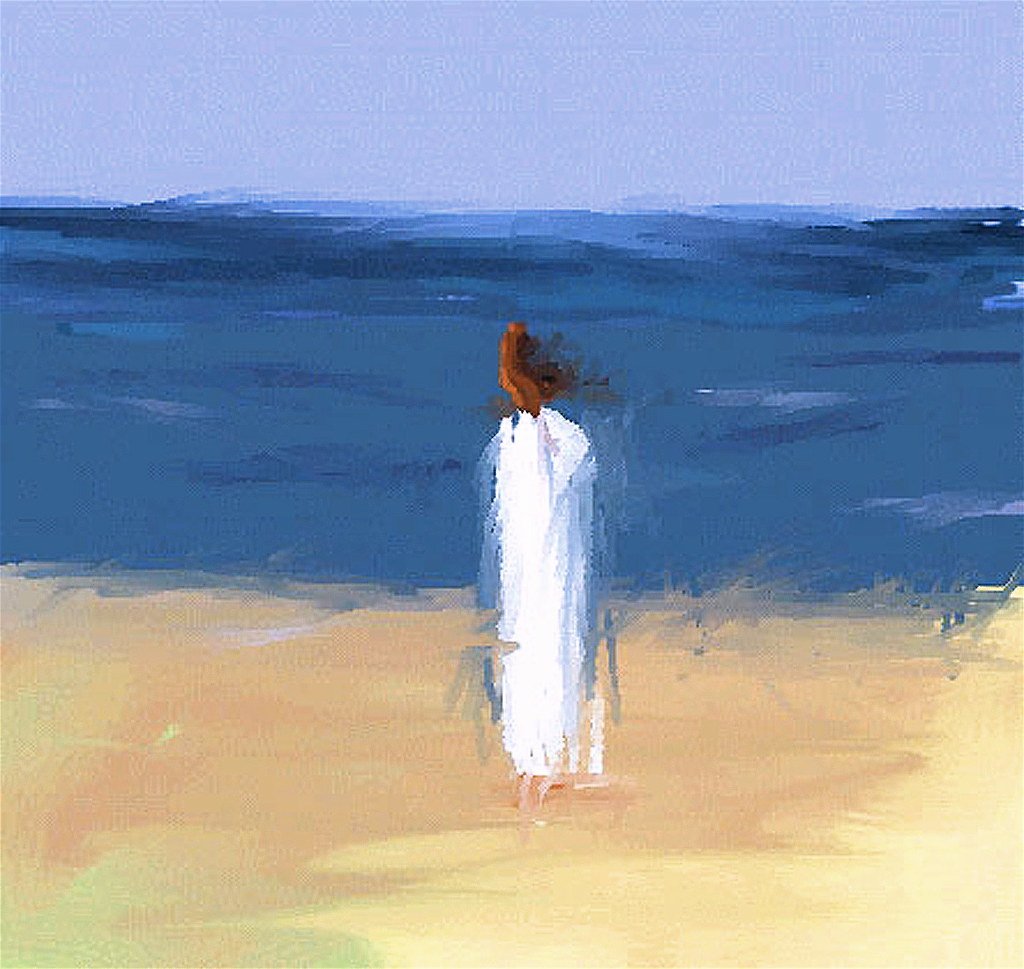 Imagine, your Master and Savior was arrested, tried, and crucified before your eyes. He was buried in a grave. And then came the third day as He rose up from the dead.

You saw it all.

You touched His alive again body. You watched Him eat before you. He told you that He had a job for you to do, a mission to fulfill. He said that you were being sent, just as the Father had sent Him. And to help you with all of this, He breathed the Holy Spirit upon you.

How would we respond to experiencing such things? Most of us would answer that we would be super motivated, ready to roll, eager to saddle up our horses.

We would be wise not to be so sure of ourselves. For those who spent so much time with Jesus reacted in very human ways even after seeing Him resurrected.

Peter and the disciples went back to their boat and to the lake they knew so well. Jesus had called them out of this line of work and set them about a most holy ministry. He taught them for three years. He paired them up, filled them with power, and gave them an assignment. They went and saw the sick healed, even demons were subject to them. They returned with such stories of how the Lord worked through them.

But lest we think of these guys as somehow superhuman, we get this story at the end of the gospel of John. It is a story that reveals just how much like us Peter and John and the others really were.

Post Resurrection, Jesus came and went among His followers. After several appearances on Easter Sunday, He waited eight days to present Himself to them again for the particular purpose of answering the doubts of Thomas.

At some point, these guys began to feel bored or anxious, or perhaps bored and anxious. I am thinking it likely had been a few days since Jesus had been among them. They did not know what to do. This gang of what should have been very merry gentlemen should have been resting in Him, waiting upon the Risen Lord for their next instructions.

Peter’s nervous energy, from all the reports, was always bubbling just under the surface. Remember, he was quick to take up the sword in Gethsemane and to offer to build worship tents on the Mount of Transfiguration and even quick to jump out onto the waves of the Sea of Galilee. And so it should not surprise us that it was he who had a suggestion to get the group moving.

The list of guys who followed Peter’s lead is an interesting one. There was Thomas, of whom we last read of bowing before the scarred and much alive Savior and proclaiming, “My Lord and my God.” Nathaniel also came along; he doubted anything worthy could come from Nazareth until he heard Jesus talk of seeing him at prayer and meditation under a fig tree. At once, he blurted out:  “Rabbi, You are the Son of God, the King of Israel!” (John 1:49). Present also were the sons of Thunder, as Christ nicknamed them, James and John, the writer, the one who rested on Jesus at the Supper, the one who laid claim to the title, “the disciple whom Jesus loved.”

These ones and a couple of others hopped into the boat, rowed from the shore, and dropped the nets. For them, this wound up being a long and almost fish-less night.

Another dawn was about to break over them, however.

“Children, do you have any fish?”

So came the words from the Voice standing on the beach. It was the same Voice that said, “Where are you?” to the ones hiding among the trees long ago in the Garden. As it was with Adam and Eve, these men were listening to themselves instead of listening for God.

Jesus saw their boat adrift, their nets empty. “Children,” He called them for His boys were in need of a fresh lesson. Nothing had been caught, they had to admit.

“Cast the net on the right side of the boat and you will get a catch.” And what a catch it was — 153 fish to be exact. The weight of the haul was such that the net had to be dragged ashore, and yet it did not tear.

Jesus had brought the boys — His boys — back to their beginnings with Him, back to another miraculous catch, back to the time when He said, “Follow me, and I will make you fishers of men” (Matthew 4:19).

The words. The catch. The sunrise. It all came together there at the Sea.

Let’s leave it to the disciple whom Jesus loved to first state the obvious:  “It is the Lord!”

Peter threw his cloak over his nakedness, jumped into the water, and splashed to shore. Jesus had breakfast ready and encouraged His children to bring a few fish from their catch to His fire. He broke bread and shared it with them.

It was a quiet time for none dared to ask, “Who are You?” They knew it was the Lord.

Care for the Sheep

For Peter, who had proposed this misadventure, the morning was to become quite personal and intense. Jesus would have a big and important talk with him.

The Apostle experienced His Savior in a deep moment of restoration. This child needed to hear from Jesus, especially after the denials he had uttered when things were at their worst.

Peter always wanted to do what he thought was best for his Master and Lord. Jesus was asking for more than this from him.

“Do you love Me?” The Lord asked again and again and — again. Three times the question came.  Like a double-edge sword, the words cut to the heart.

Peter, at last, could only whisper:  “Lord, You know everything; You know that I love You.”

“Feed My sheep,” Jesus told him. He wanted Peter to grow up, to put failure behind him, and to go forward in the mission he was made for.

No more fishing for Peter. It was time for him to be a shepherd in the service of the Good Shepherd, the One who sought him and found him, the One who met him on that morning. Click To Tweet

No more fishing for Peter. It was time for him to be a shepherd in the service of the Good Shepherd, the One who sought him and found him, the One who met him on that morning.

This Apostle had been brought to face himself, something only Jesus could do for him. He saw the Lord. He heard the Lord. He also saw John as he came close to them.

And Peter, being Peter, became boyish again. He just couldn’t help himself from asking the question:  “Lord, what about this man?”

Jesus said to Peter, “What is that to you? You follow Me.”

Children, that’s what we are and what we always will be to the Lord. Just like these ones who were so close to Jesus, we stumble and fall on our faces. We take steps backward – sometimes giant steps back into things we thought we had left behind. We say rash things. We feel defeated and frustrated and ashamed at times.

And yet we love Jesus because Jesus first loved us.

That’s what the Apostle John wanted to relate to anyone who would choose to read these words of his. Jesus so loved the world. He gave His life as the only begotten Son. We believe in Him and receive everlasting life.

We are to follow Him. He will lead us where we are supposed to go. Even in our confusion, He calls to us and shows us what to do.

As John was beloved, so are we beloved.

May we learn to live in this reality and to grow more and more into disciples who care for His sheep.