I Can’t Help Me

Today I need Him, again, I can’t do it myself.

Some folks are intellectually brilliant, they depend on this. Some are physically endowed, this helps them. A third group have wealth, they turn to it. Others cope well.

I have also had the traits of mental skill, some muscle, too — some savvy;  a good income. — great wife.

Problem: The famous verse — “God helps those who help themselves,” Cannot be found in the Bible, even with a diligent search.

The roots of such sayings can be strange.

From “The Alliance of Confessing Evangelicals” comes some thoughts by Donny Friederichsen.

About our above phrase, he says, “…the form in which it usually appears today most likely originated with the Reformed and Puritan Bible commentator, Matthew Henry–yep, that Matthew Henry.” Henry’s commentary on Joshua 5:13-15 reads, “God will help those who help themselves.” Duncan speculates that one reason people think this phrase is in the Bible is because Henry’s writings were so thoroughly biblical, if he wrote it, it might as well be in the Bible. People began to assume that it was actually in the Bible; therefore, it entered into popular biblical vernacular.” “But the way Henry intended this phrase is most decidedly not the way most people use it today. Michael Horton has pointed out repeatedly that this phrase is usually used in an entirely unbiblical way. “… usually freighted with:

“do better and try harder. Pull yourself up by your bootstraps. God will work out everything for those who try hard. Do your best and God will do the rest.” 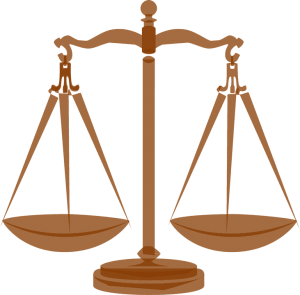 “In salvation, it tends to mean that at the end of time, God will pull out the cosmic scales of justice. He’ll empty out all of your good works on one side. He’ll empty out all the bad things on the other side. And then he’ll place his thumb on the good side to give everyone a healthy nudge in the right direction. God is going to grade on a curve. Get yours and God will work it out.”

Friederichsen gives Henry’s true explanation , “God will graciously manifest himself to us as we seek to see

“Thy will be done on earth as it is in heaven.” God will help us, as we do what he has called us to do.”

So, what? — many will say — a minor discrepancy.

They say, “so what?” because they reject this opposite view which requires that:

“we seek to see God’s will be done on earth as it is in heaven” and this implies that God has the right to run, guide, manage, seek the best and have a plan for my life. Salvation for me means I take God as my Father, see him as vital to my life. Salvation saves me from myself. 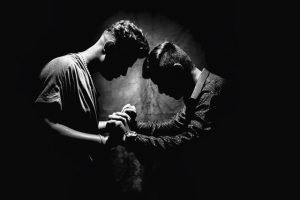 The heart of the issue lies here: some easily allow Father to care for them as His children, while others resist it.

“In Nairobi Kenya, a baby was found and saved by a stray dog. The good dog … found a newborn baby, in a plastic bag.  It is believed the dog found the baby in the forest and brought it across a busy road to the shed where she was taking care of her puppies. She was going to care for the little girl as one of her own.

“The owner of the shed …found the baby and took her to the hospital. He stated the baby had tattered clothing on. At the hospital, they determined she weighs 7lbs 4oz. She was in relatively good health…”

The misnomer that I can do life all by myself refutes the whole reason for Christ’s coming and giving His life. Like this helpless child needed someone, anyone, God helps those who cannot help themselves. Big difference. Fall in His arms. love ya