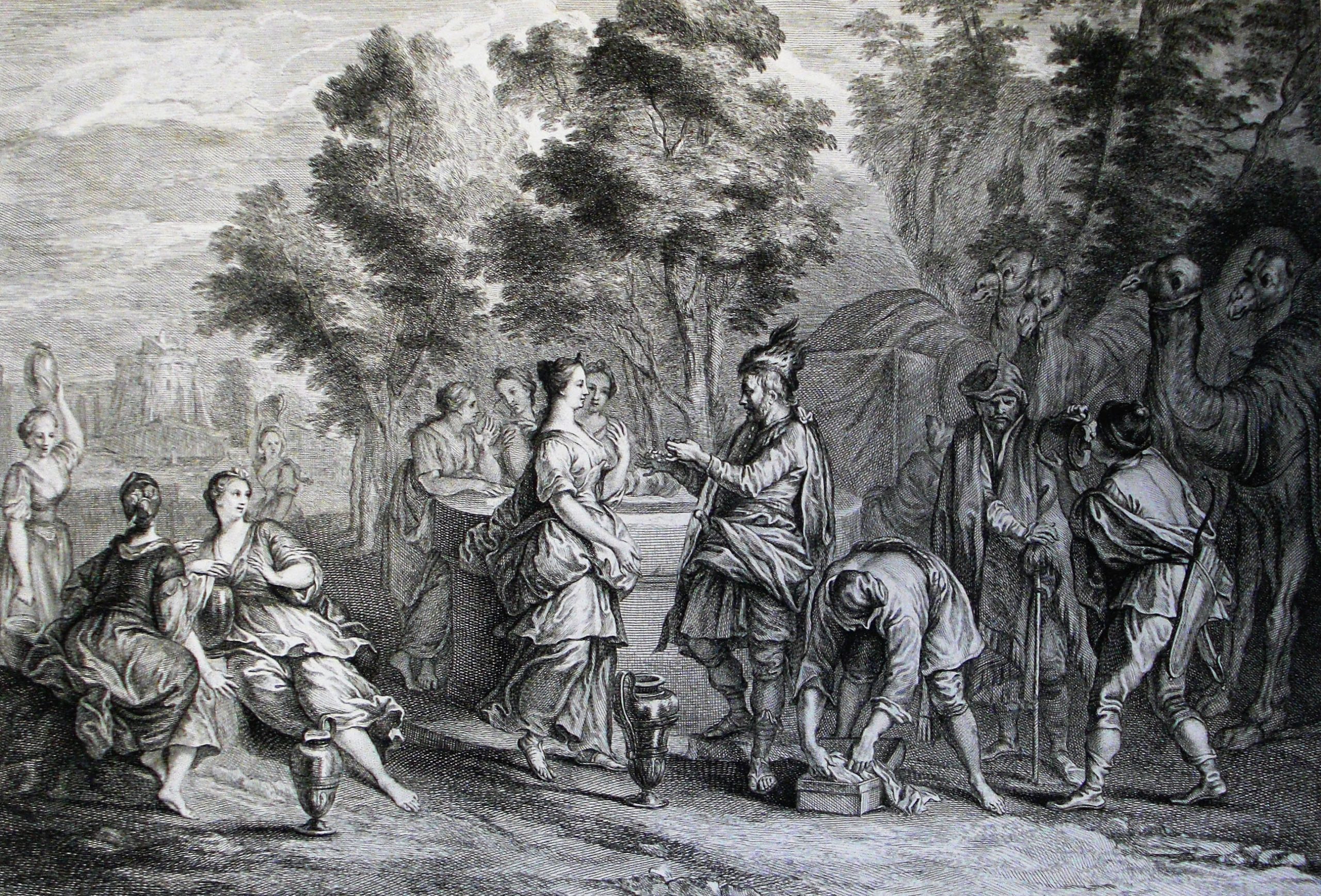 Rebekah came to the well of water outside the city of Nahor in Mesopotamia. She did this most evenings for her family.

One day she was met by a stranger, a man whose travelling party included 10 camels loaded with stuff. He was the servant of Abraham and he was on mission. Abraham sent this servant to find a bride for his son, Isaac. And he wanted his daughter-in-law to come from his hometown, the place the Lord had called him to leave decades earlier.

The name of the servant is not given to us in the account presented to us in Genesis 24. He, however, was given specific instructions: “… Go unto my country, and to my kindred, and take a wife unto my son Isaac.” The woman was to be brought to Canaan, but under no circumstances was Isaac to be taken there.

The story presents the challenge that was put before the servant. He had to locate a woman and convince her to leave all – her home, her family, her friends – to go and marry a man she had never met.

What does one do in such a situation? Prayer was the answer.

The servant had little talk with God and told him all about his problem. He even gave the Lord a pattern to follow:  “Let the young woman to whom I shall say, ‘Please let down your jar that I may drink,’ and who shall say, ‘Drink, and I will water your camels’—let her be the one whom you have appointed for your servant Isaac. By this, I shall know that you have shown steadfast love to my master” (Genesis 24:14).

He wanted to find a woman unashamed and unafraid to bring water for camels. This shows me that the servant figured the best woman for Isaac would be a woman with a servant’s heart.

Rebekah arrived just as the servant finished his prayer. He approached and he popped the question – the one about water and watering camels, that is – and she responded just as he wanted her to. This girl was the one for Isaac. The mission would be a success, the answer to the prayer of Abraham for his son and his future.

One little matter remained:  Rebekah had to agree to go with this servant and become the wife of Isaac. Her family – in particular, her brother Laban – wasn’t quite ready to let her go. Her mind, it seems, was quite made up:   “And they called Rebekah and said to her, ‘Will you go with this man?’ She said, ‘I will go’” (Genesis 24:58).

The girl who carried water for the camels was ready to take this leap of faith, based only upon the words delivered to her by this servant. Click To Tweet

The girl who carried water for the camels was ready to take this leap of faith, based only upon the words delivered to her by this servant.

This chapter, Genesis 24, provides for us some great imagery of how the Lord works in this world. We can draw some significant parallels. Abraham stands as the picture of God the Father, Isaac as God the Son, and the servant as God the Holy Spirit.

The Father seeks the Bride for His Son. The Holy Spirit has that responsibility to make this happen.

Jesus went up to the throne of Heaven, to His place at the right hand of the Father. The Spirit was sent to carry the Gospel, the Good News to this world. And so the Bride is being won for the Son with every decision that is made to receive the finished work message and be born again.

Rebekah believed the report of the servant about Abraham and Isaac. She went to be a wife by faith. Her heart grabbed the substance of something totally out of her sight. She was freely offered a position of privilege and authority. And she had done nothing to earn her place at Isaac’s side.

There were so many moments of grace and provision that shaped the situation outlined in this story.

I cannot help but think of the encounter of Jesus with Thomas in John 20. The doubting Apostle refused to consider the fact of Jesus’ resurrection until he saw and touched the Savior. For eight days, Thomas listened to those talk of the risen Christ and what He looked like and what He had said. And then there Jesus was before him. Thomas could only bow and worship, saying, “My Lord and my God.”

Jesus said to him, “Have you believed because you have seen me? Blessed are those who have not seen and yet have believed.”

Rebekah believed as seeing something invisible to her. She went with the servant and his camels. She was made the bride for Isaac. She would be mother to Jacob and Esau, and from Jacob would come the Chosen, the nation of Israel that would receive the oracles of God and bring to this world the one true Messiah, the Christ, the Savior of the world.

After a long, long ride aboard a camel, this woman caught sight of a man walking in a field. It was her husband-to-be in his season of meditation. Abraham prayed. The servant prayed. Isaac prayed. This union was blessed by the prayers of these men.

What the Holy Spirit does in this world is use us as the Father’s servants. We tell the Truth about the God who is unseen just now. We are inviting people to become one with Christ, to become members in particular of Him, to be fashioned together as the true Bride.

We are chosen ones. We are being made ready to be presented to the Son. The wedding supper preparations are ongoing. One day we will look up and see Him coming in the clouds in His glory.

Our redemption is drawing near. So much awaits us, just as so much awaited Rebekah.

Let us do the will of the Father here on earth as we think of our eternity to come. Let us serve in the Name of Jesus. We may not bring water for camels to drink, but we can give cups of cold water to thirsty ones in need.

That, the Savior said, is service that shall bring us great reward.

For more about Genesis 24 and the work of the Holy Spirit, check out “The Holy Spirit, the Anointing and the Bride,” a message preached by Thomas Schaller, Pastor of Greater Grace Church in Baltimore.