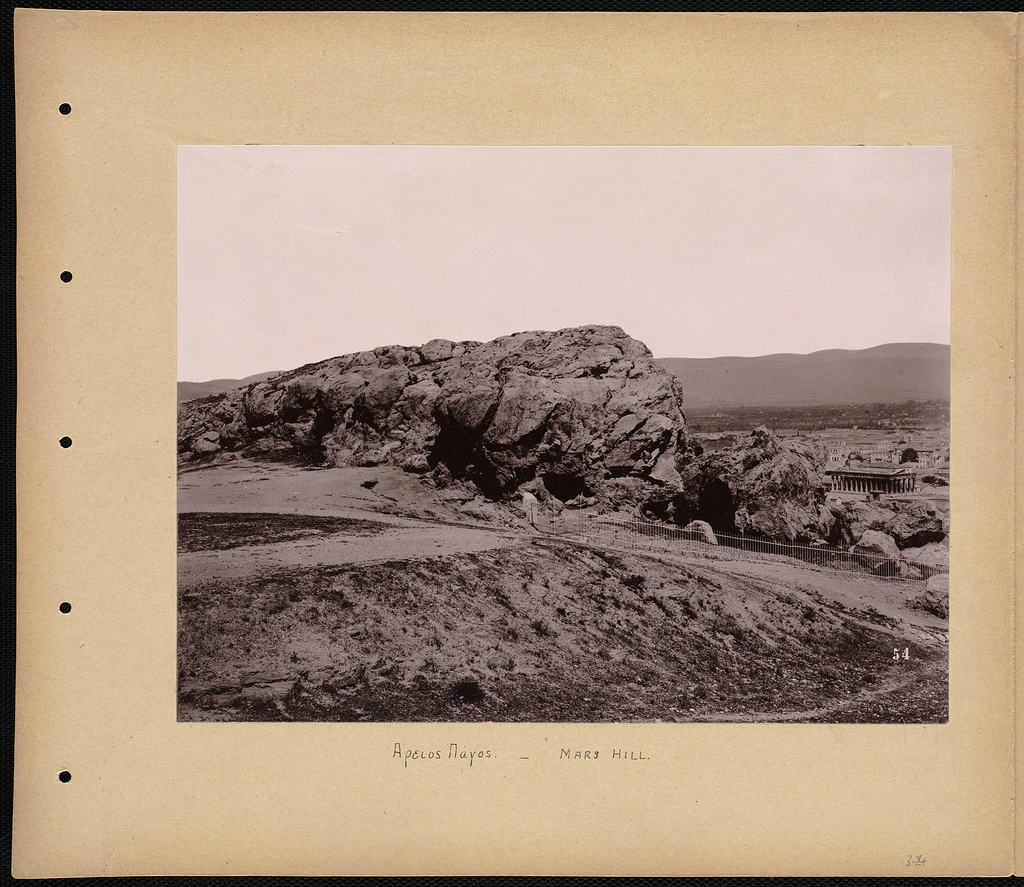 The city of Athens burdened Paul the apostle. He wandered through its streets and bumped into idol after idol. Those who lived there spent (wasted?) their moments telling of and hearing about the next new thing.

The Athenians did this because every idol grows stale. There’s a limited shelf life to everything man makes for himself. We witness this in fashion and music trends. Each generation tries to craft an identity with clothes and sounds.

Every new idea that came to town was vetted by the “thinkers” and talkers of Athens as we read in Acts 17. Paul brought something fresh; more than fresh, the Gospel he spoke was eternal. Athenian curiosities were stirred in a measure and so they gave Paul a hearing at Mars Hill, a place where the learned hung out and debated any new information available.

The God Who Can Be Known

During his time in Athens, Paul noticed an altar dedicated to “the unknown god.” He used this as the launching point for his message. Hundreds and hundreds of shrines had been erected by these citizens and yet they still had this void in their understanding. There was a being yet unknown to them and Paul presented the resurrected Jesus Christ as the Answer. This One, Paul told them, was the God who came to be seen and known by all.

The concept of resurrection was rejected by the majority of the listeners on this day. Some mocked and jeered; others wanted to hear more at another time; still, a few joined Paul and believed (Acts 17:34) – the Word of God does not return void.

It takes a real and honest leap of faith to reach for Him and let Him catch you. Click To Tweet

Most who heard Paul that day, it seems, just turned back to their idols. The living and true God? Perhaps the reality was just too much for them to embrace. A God who knows me and speaks me and relates to me? Could He actually exist? For me?

It takes a real and honest leap of faith to reach for Him and let Him catch you.

The Subtlety of Idolatry

Idols – most understand the word to refer to statues, images, lucky charms, figurines, etc. These are bedecked with gold, silver, and precious stones to bedazzle and beguile. Something that glitters and shines catches the eye and can hook the heart – at least for a time.

The reality of it is that idolatry carries a more subtle and penetrating influence than we often realize. Idols are really the things made by us and for us. These are the things we use to create our comfort zones. We come to worship these, even though they offer very little in return.

There’s something intoxicating about the engagement of our self effort. We relish the sense that we are getting somewhere, that we are doing something useful. We spend our strength and money for that which is not bread, for idolatry does not nourish us.  It does, however, intensify our sense of self and cloud our vision so that seeing God as He is becomes more and more difficult.

The real disaster comes when someone loses all comprehension of his need for the Savior.

Man has been magnifying his own efforts since the days of Cain and Abel. Cain, a tiller of the ground, presented an offering produced in his own sweat and effort. This, he thought, should impress the Lord. It did not, and it left Cain frustrated and distant from God. Rage led him to strike down Abel, whose offering from the flock was noted and accepted.

Cain wanted to be Cain and stay Cain; he had become his own man and he wasn’t interested in going the way of his brother, even though this was the right way. He killed the one he didn’t want to be like and thought that would settle things. Instead, it left him marked, restless, and fleeing the presence of the Lord.

The message of the Gospel, if received by grace through faith, moves us to turn from such self-centeredness, to put away such idolatry and enter into a faith relationship with the Lord. It is powerful and personal and full of mercies that are new every morning.

A group of Thessalonians did exactly this, according to Paul’s writings. The Word of the Lord was sounded among them and they grasped it and held fast. It wasn’t easy. These believers suffered persecution and distress. News of their faith, however, went out to the regions beyond.

The Word of the living and true God resonated in their hearts and minds. They listened and learned, prayed and persevered. They purposed in themselves to wait for the coming of the Son. They embraced the One raised from the dead and trusted that He would deliver them from the wrath to come (see 1 Thessalonians 1:5-10).

Our Savior is no idol set upon a shelf, something we have to fasten in place and wear around our necks. Our Savior is alive forevermore and His Holy Spirit fills our hearts.

Want to hear more about these things? Check out “The Heart, the Cellar and the Living and True God,” a message preached by Thomas Schaller, pastor of Greater Grace Church in Baltimore.