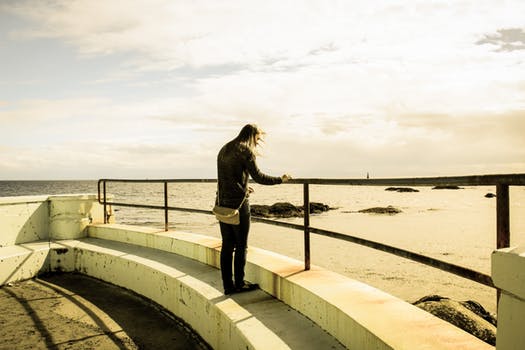 Some people are indispensable members of Christ’s body — they get superabundant honor.

The list goes this way:
1) The feeble
2) The less honored
3) The uncomely  (These  are strength-less or weak).
4) Unbeautified, shapeless and not elegant.

These groups often get kicked to the curb.

How?
When and why were these acts of kindness done to the least, and accounted as having been done to Jesus Himself?

With their shoes on our feet, how does it go?

To discover this, let us become one of these weak, indeed we are already more like them than we admit. With their shoes on our feet, how does it go?

a. They have a physical blemish or crooked walk.
b. They have failed a lot at vital issues.
c. They have struggled financially; socially, they lack people-skills. In self-discipline, they fight as if underwater.
d. They have one or more troubling sins;
e. They live in degrees of depression, and they never seem to get to “homeostasis.” In the 14th to 18th centuries, life was especially tough in Europe.

This darkened time featured death and the constant threat of it. It was a time of the plague, indefensible and voluminous. Once infected, three days remained in life-expectancy, young or old. 25 to 35% of a town or village disappeared all at once. The work force, in shambles, failed at productivity of foods and vitals. Shysters scoured the neighborhood for opportunities to plunder.

Many adopted hopeless hearts as they mourned the death of sons, daughters, moms and dads. There was a constant hazard of infection. All seemed so helpless, and folks were unsure from where disease would come next. Apprehension isolated friends, family, and social contacts. Suspicion, terrifying fear, and self-absorbed tendencies followed. Blame, superstition, and many “spiritualist” activities were prevalent.

Friends, do we also live this way today? Many do — As if running from death itself, precious feeble folk, dishonored and unattractive; they are our mission field.

“The Greatest thing in the World”

Henry Drummond in his booklet “The Greatest thing in the World” wrote, “Guilelessness is the grace for suspicious people, possession of it is the great secret of influence.” “In an atmosphere of suspicion, men shrivel up, but in that atmosphere, (guilelessness), they expand.”“Love thinketh no evil,” imputes no motive, sees the bright side.” “People who influence us are people who believe in us.” We must believe in others and try to elevate them to trust in our belief in them. “…respect of another is the first restoration of the self-respect a man has lost.”

…may be the first time for many.

What are we saying? To receive a pure interest from an outsider may be the first time for many. Frankly, the efforts of men often fail, but sourced in God’s love, they never fail. Self-seeking cannot participate in God’s love, which throws out the conditions. Christ died for the ‘ungodly’

In closing, William Newell made an emphasis in his commentary on Romans 5. “In due time, Christ died for the ‘ungodly.’” He says, “In reference to the “ungodly,” “If we say, God, indeed has in some special cases justified notoriously, openly, evidently ungodly ones; while his general habit is to justify the godly, (which is what human reason demands), then we at once deny all scripture.”If God justifies on the ground of godliness, you have left out the Blood of Christ — on which ground alone God can deal with sinners.”

Christ Himself took on uncomliness.

Isaiah tells us “He hath no form nor comeliness; and when we shall see him, there is no beauty that we should desire him.” Christ Himself took on our uncomliness.He is also despised and rejected of men; “a man of sorrows, and acquainted with grief: and we hid as it were our faces from him; and we esteemed him not.”

2 Corinthians 8:9 “For ye know the grace of our Lord Jesus Christ, that, though he was rich, yet for your sakes he became poor, that ye through his poverty might be rich.”

Folks, God has chosen the foolish things to confound the wise. When we love the unlovely, we do it unto Christ, indeed!

Thank you Jesus! Love Ya