Indu’s Story: The Power of Prayer in a Family 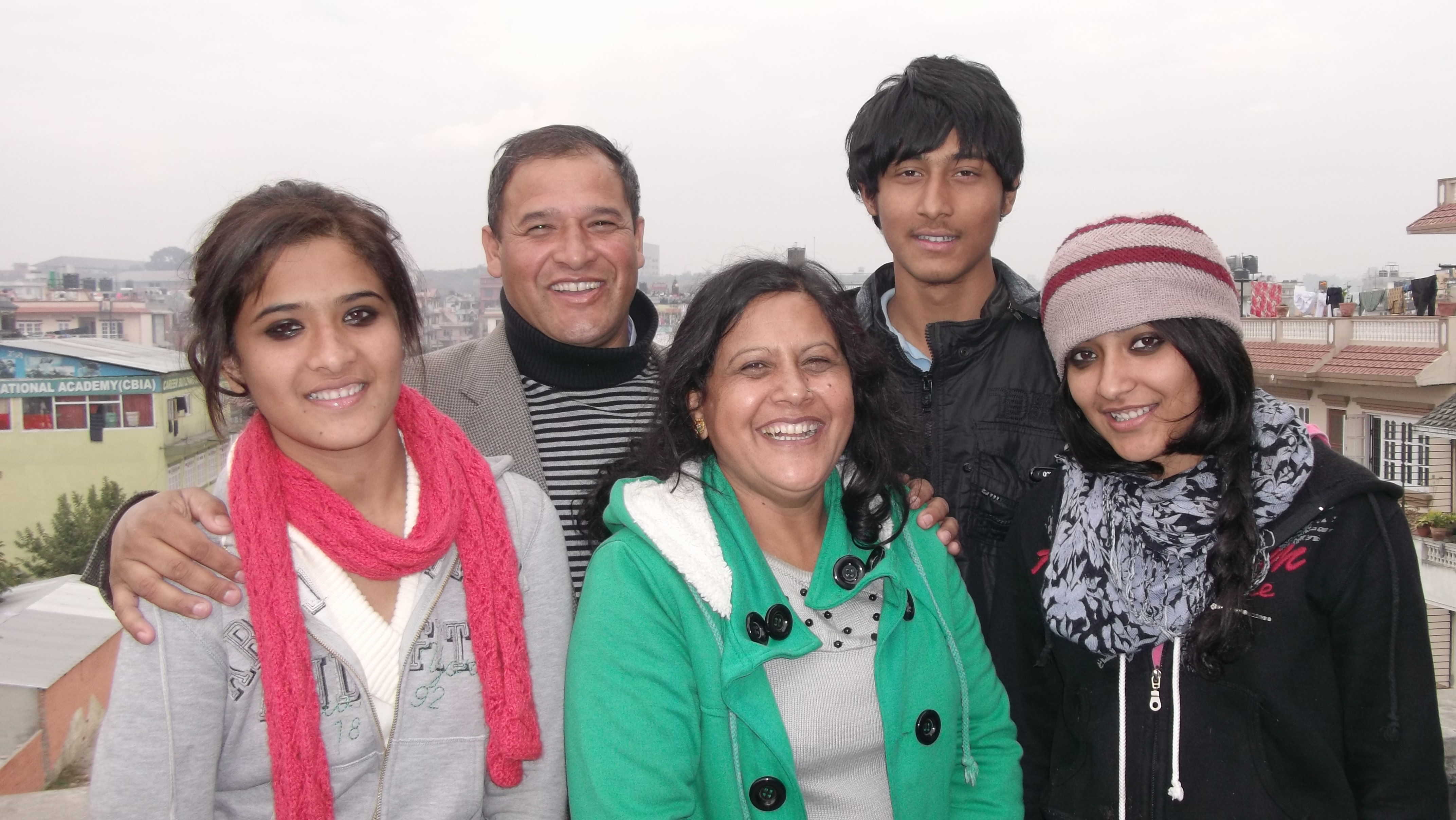 Mark 10:29-31 “Assuredly, I say unto you, there is no one who has left house or brothers or sisters or father or mother or wife or children or lands, for My sake and the gospel’s, who shall not receive a hundredfold now in this time- houses and brothers and sisters and mothers and children and lands, with persecutions- and in the age to come, eternal life. But many who are first will be last, and the last first.”

Indu Neupane is the wife of Pastor Rajan Neupane of Katmandu, Nepal. This is her story.

Nepal is a Hindu country. It was officially declared a Hindu nation by decree of our ancient kings and as a result the caste system is still very strong in my country. I was fortunate to be born into a family of the Brahman- the highest- caste. What this meant was that people always deferred to us in public. We were always treated with a lot of respect. Lower castes were never allowed in our home and we would never eat a meal or associate with members of a lower caste. In our country, all family and business relationships are dependent upon their place in the caste system. So, in 1995 when my husband Rajan became a Christian, I was very angry with him. His family cut off all support and relationship with us and our three children. They said, “You are dead to us! Get out of our home; you are no longer our son!”

We left with absolutely nothing. No blankets; no dishes; just a few clothes. We were allowed to live in a very old one room house. Our neighbors called us Christian slurs like, “Cow eaters!” This is a big insult because in Hinduism cows are considered sacred. We had no food unless someone in the family took pity on us and gave us something from the family garden. Eventually my children, ages 4,3, and 2 went to live at my brother’s house.

For three years I was so angry with my husband. Why did he change religions and why did our family have to suffer so much? Every night while I slept, he laid his hand on my head and prayed for me to receive Jesus. One night I heard a loving Voice calling me, “My Daughter.” I felt like Pure Love was wrapping His arms around me and calling me “daughter.” It was so real. That day I went to church for the first time. The Holy Spirit was alive in me and I was worshipping God, praising God, and I knew absolutely that this was the True God!

After I became a believer, the family increased their opposition. They threw us out of the old house and cut us off from all family food. They called us horrible names and never allowed us in the big family house. “You are unclean! You are out-of-caste!” (This is worse than being in the lowest untouchable caste.) I thank God that my brother allowed me to see my children and occasionally gave us a bag of rice. My sister gave me her old clothes. Rajan sometimes had work as an accountant for a Christian school and earned $25 a month. The children were now old enough to go to school and my brother had married and had children of his own, So he told us he could afford to keep only one of my children, Ira, the oldest. What could we do for the other two; Irada, 8 and Iraj, 7? One Christian brother told us he knew of a school that would take them. It was very far away, on the southern border of Nepal with India. What he didn’t tell us at the time was that the school was really an orphanage and that to have our children accepted, he had said that Rajan and I were dead. I did not see them again for three years.

Someone at the school gave them money to come home for a holiday. Irada was now 11 and Iraj was 10. They travelled alone several days by bus to reach us. One night, half asleep, Iraj went outside the bus to relieve himself. He almost stepped right off the side of the mountain. The bus driver caught him by the hair and saved his life! When I saw the children, I was shocked. They were dirty, thin and scabby and it was obvious they were not receiving good care. To receive proper care, we should pay bribes, but we had no money to help them. They asked me, “Mommy, why do we have to live in an orphanage and tell people that you and Daddy are dead?” They were with us only 15 days and it broke my heart to send them back. But, there they had food and education more than I could give them. My children lived in this orphanage for eight years.

Rajan was very discouraged in his Christian life and was considering going abroad for work like many men in Nepal. We had left our former fellowship and a year of work abroad would give us enough money to reunite our family and start our own fellowship. We prayed for God to lead us and He began to reveal that He had another plan. Rajan met Pastor Karl Silva from Mumbai, who encouraged us in the faith and gave us tapes from Pastor Stevens. Rajan began to grow rapidly in his walk with God.

Another turn of events happened about that same time. Rajan’s father got cancer and our relationship with his family began to heal. We were called back to the big family house and told that his father wanted only me to care for him at the hospital. I lived at the hospital and cared for his daily needs for over a year. Rajan and I prayed often at his bedside. I loved him very much, but he never forgave Rajan nor accepted Christ. After he died, Rajan refused to mourn according to Hindu traditions. He should shave his head, wear white clothing, and fast for 13 days. The whole neighborhood was talking about him! They said that he was dishonoring his father. A crowd gathered outside our room and was shouting that we must leave the village! We held to each other and prayed.

My mother-in-law came and spoke to the crowd. She defended us for the first time. She told them that I had loved our father very much and took care of him for a whole year in the hospital. “Rajan doesn’t have to do these Hindu things- they have done enough already!” My husband’s brothers and our uncles defended us, too. They said, “They have only loved us. They have only done good to us. We don’t care what religion they choose.” They invited us back to live in the family house. This was sometime in 2003.

Rajan was leading a small fellowship. But, there were still problems with the family. Our friends from church could not visit us in the big house because of these awful caste problems. Some family members still refused to speak with us. Pastor Melvin moved to Kathmandu from Mumbai and Rajan started taking Bible college classes. We moved to a small room again and Rajan attended Bible college for three years. I prayed everyday for my children to come home. Finally, after finishing Bible college, Pastor Rajan was ordained and Pastor Karl gave us enough support to rent a small apartment. In 2007, our family was reunited! Ira was 17, Irada was 16 and Iraj was 15. All five of us lived together for three years in that small apartment and continued to pray that we could be united with Rajan’s family. In 2010 the family invited us again to come back to our family home. Slowly, God is restoring our relationships with our natural families. We continue to pray for their salvation.

Through these years prayer was what sustained us. God heard and answered our many prayers. God has blessed our family. The sound Biblical doctrine that we received through Greater Grace has helped us to know that God was always with us. God is for us. Today, we have a healthy, loving family and a beautiful church full of brothers and sisters in Christ. GGWO worldwide is our new family.

Thanks to Pam Greaves for interviewing Indu Neupane for this story.