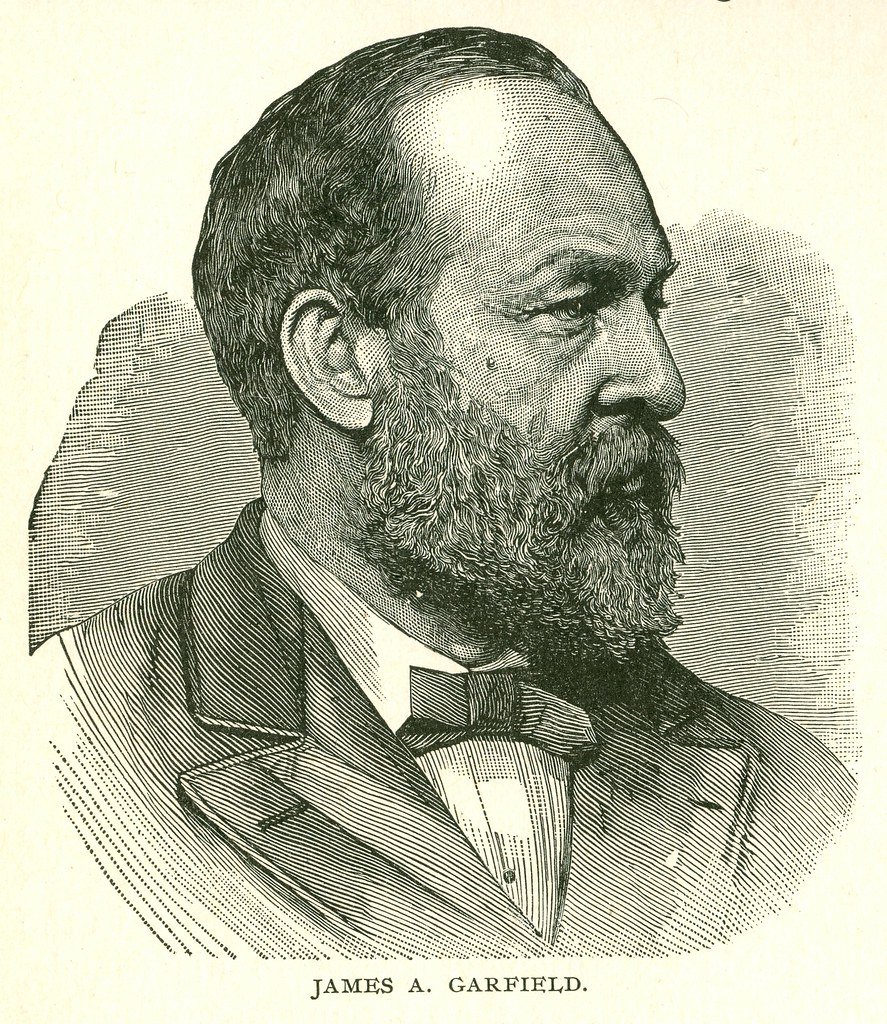 “He stores up sound wisdom for the upright; He is a shield to those who walk in integrity, Guarding the paths of justice, and He preserves the way of His godly ones” (Proverbs 2:7-8)

When I moved to Northeast Ohio to plant a church in 1998, we ended up locating it at a senior center in Mentor, Ohio. It turns out that building was right around the corner from the presidential library of James Garfield, who lived in Mentor when he was elected the 20th President of the United States. A few years later, they tore down the senior center building and we had to move and located our church at a meeting hall that had been Garfield’s church while living in Mentor. He was an impressive man and the video that is played at his welcome center suggests that he was the most prepared man we’ve ever had to be president.

Garfield was born November 19, 1831, in a log cabin near the town of Orange in Cuyahoga County, Ohio. He was the fourth and final child of Abram Garfield and Eliza Ballou Garfield. Garfield’s father’s ancestors were among the original settlers of the Massachusetts Bay Colony. In 1827 the father carried their pioneering spirit to Ohio, where he worked on an Ohio Canal construction crew. By the time Garfield was born, his father was a struggling farmer and a founding member of the local Disciples of Christ church. In 1833, when Garfield was just 2 years old, his father died suddenly, leaving the family in poverty.

At a young age, Garfield became a minister for the Disciples of Christ, where he was lauded for his skill as a preacher, and he learned Greek—the original language of the New Testament. Though it was not his full-time job, he continued to preach and minister for years until his presidency.

“When the Divine Artist would produce a poem, He plants a germ of it in a human soul, and out of that soul the poem springs and grows as from the rose-tree the rose” James Garfield

Supporting himself as a part-time teacher, a carpenter, and even a janitor through college, he was an idealistic young man who identified with the antislavery tenets of the new Republican Party. After completing his studies at the local school in Orange and graduating from Williams College, he returned to the Western Reserve Eclectic Institute (later Hiram College) and assumed the duties of teacher and later principal. Garfield studied law on his own and passed the Ohio bar exams in 1861 before throwing himself into politics and winning a seat in the Ohio legislature. Garfield was a loyal Unionist who built a reputation as a Civil War hero that earned him a seat in the House of Representatives without ever having campaigned.

“The people of this country have shown by the highest proofs human nature can give that wherever the path of duty and honor may lead, however steep and rugged it may be, they are ready to walk in it. They summed up and perfected, by one supreme act, the highest virtue of men and citizens. For love of country, they accepted death, and thus resolved all doubts, and made immortal their patriotism and their virtue” James Garfield

When he left his position to become president, he said, “I resign the highest office in the land to become President of the United States.” However, as Garfield only got to be president for six months before his death (he was assassinated by a religious zealot), there wasn’t much time for him to demonstrate divine pursuits while in office.

With his natural speaking ability, Garfield soon found himself in the political arena. In 1859 he was elected to the Ohio state senate. As the United States neared civil war, Garfield put his speaking abilities to work for the Union, recruiting men and raising troops for battle. He eventually became a brigadier general during the Civil War before being elected in absentia as a U.S. Congressman.

“Now faith is the assurance [hupostasis – that which is the basis of something, hence, assurance, guarantee, confidence] of things hoped for, the conviction [elegchos – certain persuasion] of things not seen” (Hebrews 11:1)

“Now more than ever before, the people are responsible for the character of their Congress. If that body be ignorant, reckless, and corrupt, it is because the people tolerate ignorance, recklessness and corruption. If it be intelligent, brave and pure, it is because the people demand these high qualities to represent them in the national legislature. … If the next centennial does not find us a great nation … it will be because those who represent the enterprise, the culture, and the morality of the nation do not aid in controlling the political forces. “James Garfield

“He who walks righteously and speaks with sincerity, he who rejects unjust gain and shakes his hands so that they hold no bribe; he who stops his ears from hearing about bloodshed and shuts his eyes from looking upon evil; He will dwell on the heights, his refuge will be the impregnable rock; his bread will be given him, his water will be sure” Isaiah 33:15-16

“I never met a ragged boy in the street without feeling that I may owe him a salute, for I know not what possibilities may be buttoned up under his coat.” James Garfield

“I so despise a man who blows his own horn that I go to the other extreme.” James Garfield

“Poverty is uncomfortable; but nine times out of 10 the best thing that can happen to a young man is to be tossed overboard and compelled to sink or swim.” James Garfield

“If you are not too large for the place you occupy, you are too small for it.” James Garfield

“If the power to do hard work is not a skill, it’s the best possible substitute for it.” James Garfield

“If there is one thing upon this earth that mankind love and admire better than another, it is a brave man; it is the man who dares to look the devil in the face and tell him he is a devil.” James Garfield

“O Lord, who may abide in Your tent? Who may dwell on Your holy hill? He who walks with integrity [wholesome, innocent, having integrity] and works righteousness, and speaks truth in his heart. He does not slander with his tongue, nor does evil to his neighbor, nor takes up a reproach against his friend; In whose eyes a reprobate is despised, but who honors those who fear the Lord; he swears to his own hurt and does not change; He does not put out his money at interest, nor does he take a bribe against the innocent. He who does these things will never be shaken.” (Psalm 15)

“There are men and women who make the world better just by being the kind of people they are. They have the gift of kindness or courage or loyalty or integrity. It really matters very little whether they are behind the wheel of a truck or running a business or bringing up a family. They teach the truth by living it.” James Garfield

“For the Lord God is a sun and shield; the Lord gives grace and glory; no good thing does He withhold from those who walk uprightly. O Lord of hosts, how blessed is the man who trusts in You!” (Psalm 84:11-12)

James Garfield lived and died as a man of integrity, someone who stood by his biblical convictions and treated others with dignity and class. We can learn much today from his life. According to the dictionary, integrity is “the quality of being honest and having strong moral principles; moral uprightness.” The world needs more men and women who stand for something of value, who live their lives looking above, with accountability to a higher authority.

Like Moses, Hebrews 11:27 says, “by faith he left Egypt, not fearing the wrath of the king; for he endured, as seeing Him who is unseen.”