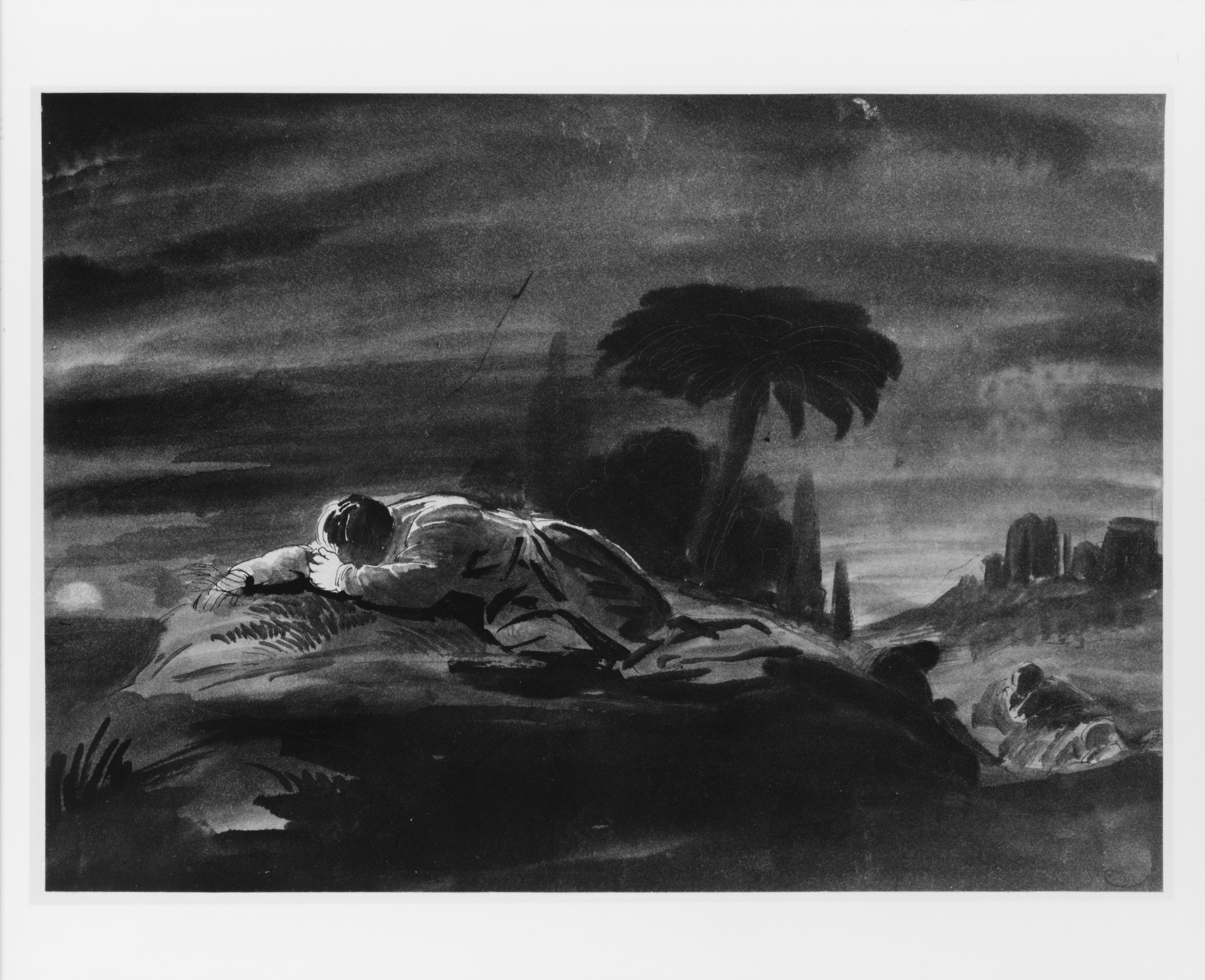 Together, they came to a garden, a place to pray. Jesus led His disciples here after the Supper. The heads of the Lord’s followers were full of the astonishing things He had said and done to them in the Upper Room.

He had washed their feet. He broke bread and shared a cup with them. He prayed for them.

They sang as they walked from that room, and they argued about whom among them was the brightest and best, a trite and silly discussion this likely seemed to them by the time the night was over.

Gethsemane was an enclosed grove with olive trees and it was outfitted with a press made for squeezing the oil from the fruit of the trees. It was a familiar spot. It was a custom of Jesus to come for prayer and talk there just outside of Jerusalem.

“Pray that you enter not into temptation,” Jesus warned them as they arrived.

At the table earlier, He spoke directly of how they would be left stunned and without courage in the face of the things to come. He told them that He would be arrested and bound by the Romans. And He said that they would scurry away from Him in fear and leave Him alone.

Bravado coursed through them. All pledged allegiance to the Son of Man, none more forcefully than Peter. “I will lay down my life for you,” he declared. Before the next sunrise, Peter would three times deny knowing His Master.

I can see Jesus smiling sadly and nodding without saying another word to them. He knew this group for He has known and knows all men. Still, these were His chosen ones.  Men selected after a night of prayer. And these men would be equipped for the greatest of all missions. The Holy Spirit would fill them and the Gospel message would be carried to the ends of the earth, changing lives and turning the world upside down. The Word possesses just such power, even when spoken forth by the weakest of us all.

The Darkness and the Angel

At Gethsemane, Jesus and His followers encountered an incomprehensible depth of darkness. The Savior stepped into warfare – invisible, suffocating — it was like nothing ever experienced. Sorrow enveloped Him. He was staggered by the atmosphere. His human frame sunk under the weight as He fell headlong and groaned in His prayers.

He wondered about the way set before Him. Could another path be taken? He asked this aloud to His Father. The reality of human fragility weighed upon the Christ. His frame of flesh was stressed beyond measure really. His sweat was as drops of blood.

The disciples were of no help to Jesus here. Twice, Jesus struggled back to where He had left them. He sought their companionship. He hoped to find them wrestling along with Him.

The sight He came to behold was a disappointment. Benumbed by the scene thick with demonic activity, the disciples were all in a deep and hard slumber. Not even for an hour could they hold their eyes open.

'Not My will, but Your will be done, Father,' He prayed again and again. The bitter cup was before Him. He who knew no sin was about to be made the sin offering so that we might be made the righteousness of God. Click To Tweet

The Son of Man was on a road that only He could walk. It was a path toward the Cross and into death and, ultimately, beyond death. “Not My will, but Your will be done, Father,” He prayed again and again. The bitter cup was before Him. He who knew no sin was about to be made the sin offering so that we might be made the righteousness of God.

Could this Man, this one Innocent Man, drink His cup? Could He swallow all of the wrath and judgment coming to bear on Him?

An intervention came from Heaven. An angel appeared and strengthened the Son of Man. It was enough to stay the atmospheric onslaught. Jesus steeled Himself for these final steps to Calvary.

He stood. He rustled His disciples from their sleep and prepared for the worst.

And so He faced the mob. He was marked for arrest with a kiss, one given by Judas, a now disaffected disciple.

The Cup He Drank

Jesus had to be located amid the crowd on hand. He was and is the King of kings, but then He held no scepter. No crown of gold rested upon His brow though a crown of thorns would be thrust on Him. Our great High Priest wore no vestments. The robe of His righteousness He wore then was simply His perfectly lived life.

Jesus was arrested as a common criminal, a man living among men. That is exactly what He came to be. He gave Himself up to the Roman authorities. In the conflict of all conflicts, Jesus stretched forth His hands and let Himself be led away.

Hell’s forces continued to fuel the rage directed at Him. He never retaliated; He never answered the false accusations cast in His face; He never uttered a curse.

The Passover Lamb, Jesus, remained spotless and true in His execution of the holy plan of Redemption.

Jesus weathered the darkest of all dark seasons. He left Gethsemane determined, His eyes fixed on the Prize. With quietness and confidence and surrender, He gained the Victory that would defeat the power of sin and death forever.

Darkness could not triumph over the Light. He made the Way for us to come into His Presence and for His Presence to enter into us.

He did this for me, for you, for all.

For more on Jesus and Gethsemane, check out “Gethsemane and the Humble Son of God,” a message preached by Thomas Schaller, Pastor of Greater Grace Church of Baltimore.