Jesus and the Sting of Death 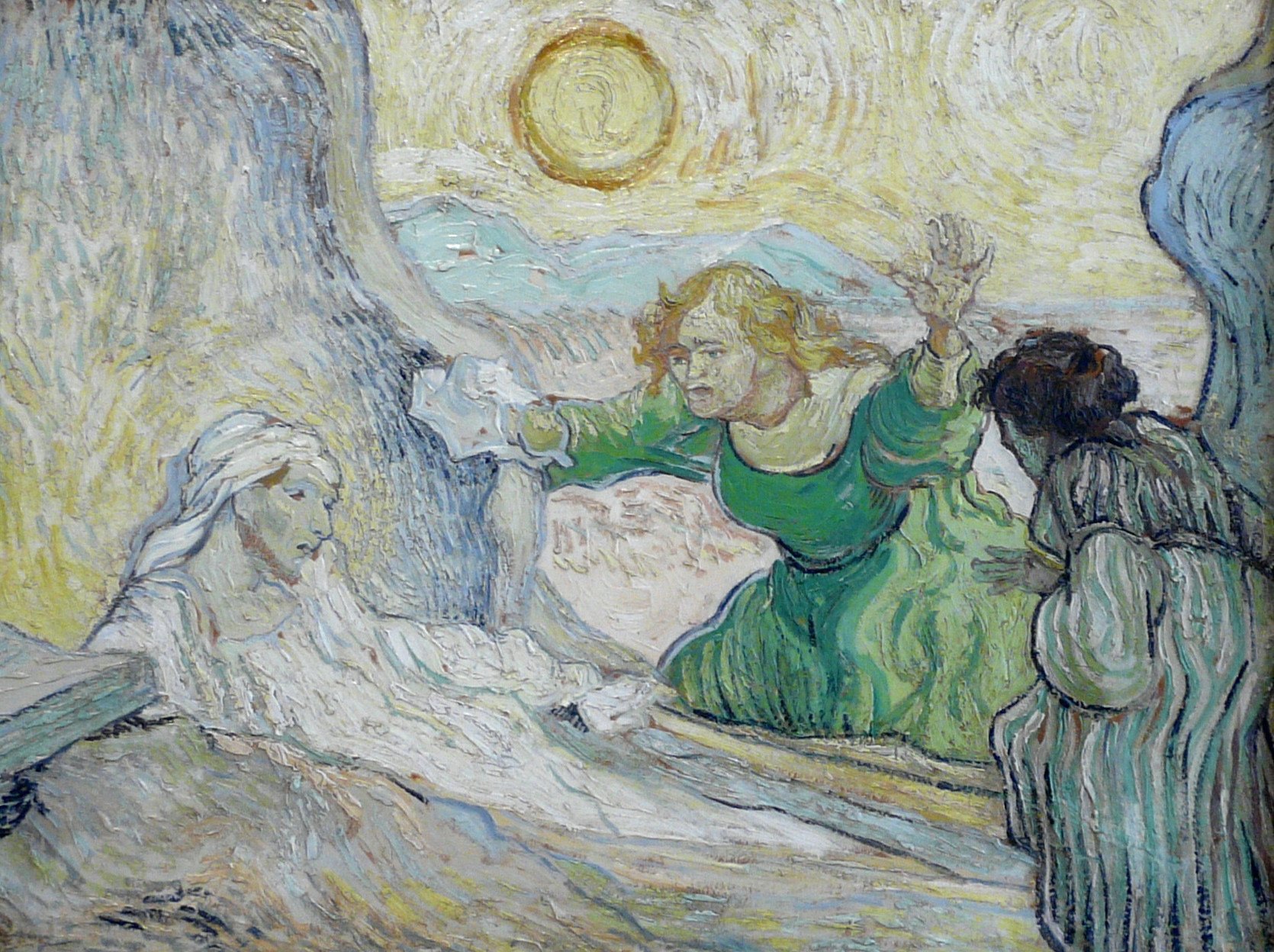 Death hit Jesus hard. He felt the depth of its sting even before reaching the Cross. And John 11 reveals to us just how this enemy of enemies affected the Savior.

This chapter is, for any who has read through the Bible, one of those big headline chapters in the Scriptures. These paragraphs describe the story of Lazarus, the brother of Mary and Martha. The climax of the story contained in the chapter is this:  a man gets called back from his place among the dead. He is brought out of the grave, by the words of the Savior, alive.

To my mind, no passage shows the authority of the Son in more dramatic terms.

We can also see that John 11 reveals the human consciousness of the Lord most vividly. This confrontation with death as it was visited upon these people brought Jesus to deep sorrow and fierce anger.

Why? I think it is because Christ had come to be close to us and to these people in particular. They were dear, dear ones to Him; and so are all of us, for God so loved the world and gave Himself to the saving work.

The chapter opens with that simple and arresting statement. Lazarus became ill, so sick was he that his sisters sent word to Jesus, informing Him:  “Lord, the one you love is sick” (John 11:3).

The members of this small family were among His most intimate friends and disciples. Their home was in Bethany, a short distance from Jerusalem. He visited their house. He sat at their table. He ate with them and shared with those who followed Him through their front door.

Luke 10 presents for us the family dynamic with clarity. Mary and Martha were too very different women. Jesus loved and appreciated both of them. The Savior and His traveling party were welcomed by Martha, who then busied herself with the details of serving her guests. Meanwhile, Mary chose to sit and listen to Jesus.

This irked Martha so that she felt compelled to go to Jesus:  “Lord, don’t You care that my sister has left me to serve alone? Tell her to give me a hand.”

Jesus chided Martha – with gentleness and care, but with firm instruction. “Martha, Martha, you are worried and upset about many things, but one thing is necessary. Mary has made the right choice, and it will not be taken away from her” (see Luke 10:40-42).

One of the important takes I glean from the Luke 10 passage regards the boldness of Martha. She refused to hold herself back from telling Jesus all about her problems. I imagine Martha here as I imagine Mary, the mother of Christ, going to Him at the wedding where the wine had run dry. Martha’s concerns were also His concerns, she believed this. And He identified with Martha’s predicament and paused to answer her.

To Martha, Jesus was her Lord and Savior, and John 11 makes clear that she understood Him to be the Christ, the Son of the living God, the One from above with power to heal. A man, her brother, was sick; Martha wasted no time in getting this news to Jesus.

Here, we run into another of those quandaries that relates to the way God moves in His purposes. Jesus got word that Lazarus was near death and He waited – long enough for Lazarus to wind up dead and buried.

Jesus really did let one of His friends pass into death. And for what reason was this allowed to happen? As in the case of the man born blind, Lazarus’ perishing was so that the glory of God might be revealed.

The days of waiting set the stage for Jesus to reveal Himself as the Resurrection and the Life.

When Jesus did get around to going to Bethany, Martha was there to greet Him. Again, I read and admire her forthrightness. “Lord, if You had been here, my brother would not have died.”  She questioned the Lord – just as she did when He came to dinner in Luke 10.

Those who view this as a problem have never read Job or the Psalms with open eyes. Job features long passages of lament and complaining. The man who had been targeted by the devil and had been stripped of everything – family, possessions, health – dumped all of his troubles at the feet of the Lord.

And how did God respond to Job? By showing up to address the believer – in His time and with His message.

Psalm 13 begins with this cry of frustration:  “How long, O Lord? Will You forget me forever? How long will You hide Your face from me?” This song ends with these words from David:  “But I have trusted in Your mercy; My heart shall rejoice in Your salvation. I will sing to the Lord, Because He has dealt bountifully with me” (see Psalm 13:5-6).

Job, David, and Martha reveal to me that our best approach to the pain of our situations is to go straight to God with all that we are feeling. Cry out loud in distress. Pour out those complaints to Him. Click To Tweet

Job, David, and Martha reveal to me that our best approach to the pain of our situations is to go straight to God with all that we are feeling. Cry out loud in distress. Pour out those complaints to Him. The answer may not be what I am looking for, but I will get an answer from Him.

Jesus knows us because He lived as us and now He intercedes for us before the Throne of Heaven. And here in John 11 we see how profoundly death touched Him as a human being. He tasted death in all of the ways that we may taste it.

He did sorrow over the scene in Bethany when Mary fell at His feet – the very feet she perfumed and dried with her hair. Before shedding those tears, however, He raged in the Spirit. The Savior looked at Mary and in the Greek text – the word enebrimesato – describes His reaction as one of violent displeasure. Literally, John wrote that He snorted as an angry horse.

As the crowd of mourners grew and questioned His goodness in letting His friend die, Jesus revealed His fiery indignation at what the curse of death had brought forth. Think of God the Son reflecting on the record of decimation that stretched from the days of Adam’s Fall to this point in His moving on earth as the “Last Adam.”

Jesus was mad and sad. Death stunk – as Martha pointed out when the Lord asked for the stone to be taken away from Lazarus’ tomb.

The Savior thought forward to the day when the enemy death and its sting would be gone forever. Death, at last, will be finally under His feet, defeated and dismissed forever and for all who dare to believe in the sacrifice He made once for all. Click To Tweet

In this moment of darkness, Jesus spoke Light and Life. With His Voice, He called Lazarus from the grave. He ordered the man’s burial clothes to be removed. This friend of the Savior would live on. Words from God would heal this family in its grief and testify to His power.

Jesus dealt with this one death at this one time. Soon, He would dive into death, into the grave, and bring an everlasting triumph over the curse. His resurrection testified to the completeness and effectiveness of His offering as the Lamb of God.

At Bethany, I think the Savior thought forward to the day when the enemy death and its sting will be gone forever. Death, at last, will be finally under His feet, defeated and dismissed forever and for all who dare to believe in the sacrifice He made once for all.

The sad, mad moments are destined to end. The curse has been broken. Fear can no longer bind us. We now look to the time when we will all sing these great words:

“Thanks be to God, who gives us the victory through our Lord Jesus Christ”