Jesus and the Tastes of Death 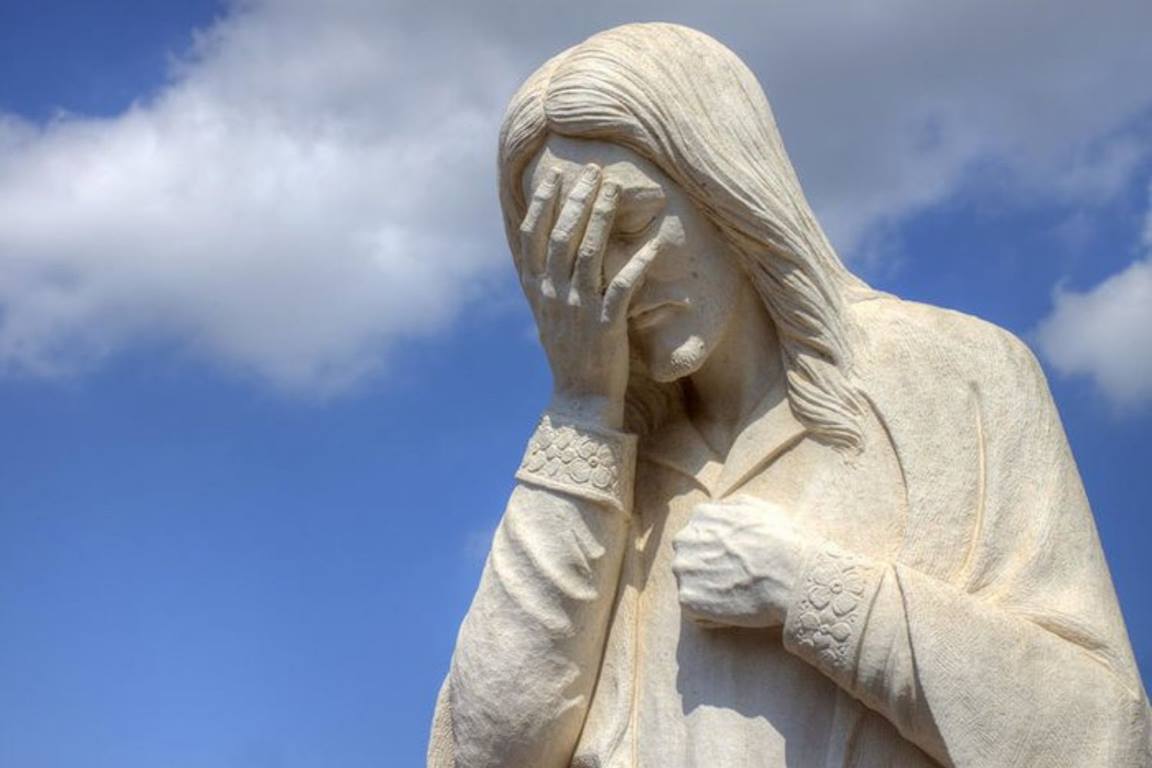 “But we see Jesus, who was made a little lower than the angels for the suffering of death, crowned with glory and honor; that He by the grace of God should taste death for every man” (Hebrews 2:9).

An old friend’s husband has died. Long before his time it seems to me, but the issues of death belong to the Lord. This understanding does not make this loss any easier for me or for any of us to face.

We grieve for the absence, for the empty chair, for the voice that we cannot get on the line.

We do these things just as Jesus did these very things when He faced death. And in this, we may be able to locate a measure of comfort. I say a measure of comfort because I am convinced that we are to never feel completely comfortable with death and with dying. No, we are not to feel at home with the facts of life as it ends.

The Disorder of Death

Death and dying seem so devastating and so out of place for us. And well they should, for they are so out of order to the original design of God, the God who is Love. He fashioned Man from the dust of the earth and breathed into him and so he became a living soul. God took a piece of the Man and made Woman, from him and for him. Together, their mission was to be fruitful and multiply.

Fruitfulness points to the seeds of life that are to be sown in our relationships. Think of gardeners and farmers; Jesus did, and from the garden and the farm He drew many parables. Growth comes through cultivation as seeds germinate and take root in the soil. Watered and sunned, seeds are broken and then this brokenness releases the life contained on the inside and that life bursts forth into the open.

It was to be this way with the human race. Free and fruitful with each other and with the Lord, too, the Man and the Woman were to multiply and to reign as governors over an earth populated with ever more and more children.

Alas, the story was not one that progressed in the happily-ever-after manner that God intended.

The facts don’t change. Data on death remains. However, death’s effects are defeated and swallowed up in victory. Click To Tweet

Humans, made by God in the image of God, were given a will, an attribute under their authority. Simply put, they could and can do as they please, just as the Lord does as He pleases. Remember, the Man and the Woman were meant for relationship and relationships require cultivation. That is, choices had to be made and so they were equipped with something precious and fragile and ultimately fallible.

God provided clear guidance for the use of this will of theirs. He told of the Tree of the Knowledge of Good and Evil and what eating from it would bring about.

The choices made by our original ancestors were what cracked the door open to death and dying. They listened to something untrue and so the sad event of the Fall happened.

But Jesus interjected Himself into our story and so as novelist J.R.R. Tolkien observed “everything sad can come untrue.” The facts don’t change. Data on death remains. However, death’s effects are defeated and swallowed up in victory.

Truth triumphed; the Truth that God is Love, Love shown by and through the Son.

We know Jesus also came to know the tastes of death in a most intimate way. I consider this the integral purpose behind the Incarnation, the reality that we believe, the reality of the Son of the Most High who entered our world as a real human being of blood, flesh, and bone.

Jesus wept. We know this verse – John 11:35 – perhaps as an answer to the trivia question, “What is the shortest verse in the Bible?” His heart was torn by the chaos brought to a family and a community as a result of the dying of Lazarus. His tears revealed His grief to those who loved Him and also to those who sought to destroy Him. And some of them scoffed, “Could not this Man, who opened the eyes of the blind, have caused that even this man should not have died?” (John 11:37).

Further along in the story of the raising Lazarus from the dead, we read that Jesus was “groaning” as He approached the grave site. The Greek word used here – embrimesato – means this:  a violent displeasure, to snort with anger like a horse. Death did more than bring tears to the eyes of the Savior; it stirred the fire of His zeal.

Zeal fueled Him when He fashioned a whip and chased away the profiteers who had made the Temple into a crooked business center instead of a place of prayer for all nations. In John 11, we read how the sting of death affected Him most acutely.

And there at the grave He exercised His authority. He ordered the stone taken away and shouted a call for Lazarus to return to the land of the living, his time in the grave lasting only four days.

Our Savior would later dive deep into death as only He could. He would be alone and abandoned when He did this.

The first abandonment came at Gethsemane, an olive garden where Jesus often went to pray with His disciples. He wrestled in prayer in an atmosphere beclouded with demonic darkness. The oppression stressed the humanity of the Son almost beyond measure. He sweat drops of blood (see Luke 22:44).

He sought support from His men, only to find them dozing, fast asleep in the thick of this cosmic battle. He woke them and sorrowed over their weakness, but pressed on in seeking the Father on His knees.

The next abandonment came with Judas’ kiss. This man had followed Jesus, but his heart remained far from the Son. He gave up Jesus for a bag of silver.

Another act of abandonment came at the courtyard that belonged to the Jewish high priest. While Jesus was interrogated inside, Peter snuck in to get warm near a fire around which stood soldiers and curiosity seekers.

Soon this brash, mercurial Apostle was confronted about his connection to Jesus. Peter denied knowing the Lord, the last denial coming as Jesus was being led out to face the Roman authorities. The Savior cast a sad glance at His disciple:  “And Peter remembered the word of the Lord, how he had said unto him, before the cock crow, you shall deny me thrice.  And Peter went out, and wept bitterly.” (Luke 22:61-62)

The final moment of abandonment came at Calvary on the Cross. Battered and torn and enveloped in darkness, hounded by catcalls and insults, Jesus cried out:  “My God, my God, why have You forsaken Me?”

Sorrow, anger, and helplessly lonely feelings are things that Son came to taste and see. Click To Tweet

The Man who knew no sin was now bearing all the wages of sin. He could sense nothing of the presence of the Father or the Spirit in this state. He drank the dregs of the cup of separation and loneliness, a loneliness He had never known. This was the bitterest moment of all time. He died a psychic death – a death of detachment and forlornness. He then completed the physical process of death as He committed His spirit to the hands of the Father.

The Son was raised to life three days later. Yes and Amen – He lives and He lives forevermore. And because He lives, we can live eternal lives.

Still, Jesus knows death and its grief. Our Advocate and Intercessor carries the memories and scars of abandonment. These, I believe, remain with Him and in this, we may take comfort.