Jesus Listened to His Mother 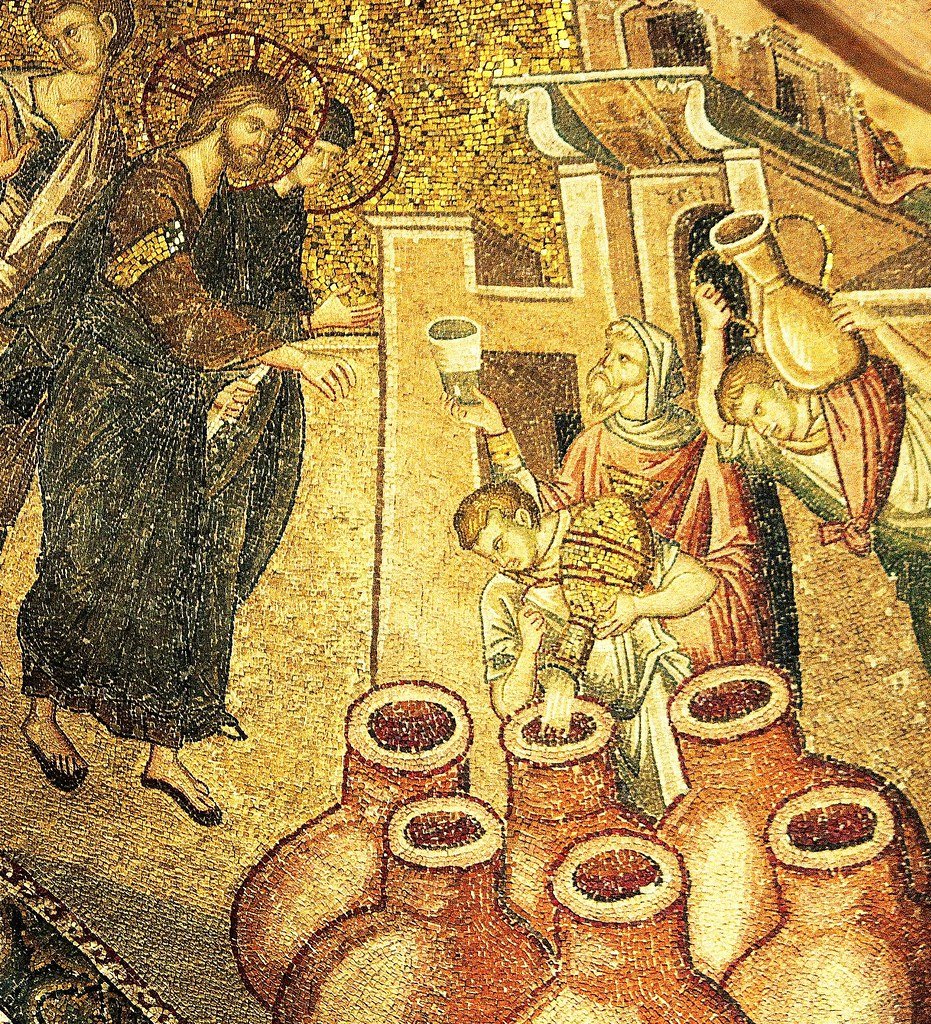 A wedding, and a small town wedding at that. Something really big happened in Cana of Galilee, a village on a hill outside of Capernaum. That’s the scene where Jesus, seemingly reluctantly, chose to demonstrate His miracle power for the first time.

Simply, Jesus rescued a party. He did it because His mother asked Him to.

The wine had run out and the family throwing this wedding reception was facing certain embarrassment before a crowd of guests. What disdain would have been brought upon these parents, especially in a town where everyone knows everyone else.

A mother’s heart agonized at the thought of the slander this family would have to endure. Fortunately, this mother knew the One who could change the situation.

The crisis became known and so Mary went straight to Jesus, and I believe she went with expectation and understanding. More than anyone, this woman knew the Son – He was her Son. She was the chosen vessel to deliver the Christ into this world.

Mary birthed the Son; she surrendered herself and her womb to the purpose of God. “Behold, I am the handmaid of the Lord; let it be unto me according to your word” (see Luke 1:38). She conceived by the Holy Spirit and the Son of Man entered this sphere of life.

Thirty years removed from the manger in the little town of Bethlehem, Jesus and Mary were together as a new phase of the Son’s mission to earth began. John the Apostle wrote in reference to this happening as the “first of His signs” – this miracle launched the public ministry of Jesus.

‘Do Whatever He Tells You’

Here, in John 2, Mary served to inaugurate Jesus into His work of witness and testimony to the glory of God. “When the wine ran out, the mother of Jesus said to Him, ‘They have no wine’” (John 2:3).

The text of the story seems to hint that Jesus was unready to answer this need. Remember, the devil tempted Him to turn stone into bread when He hungered in the wilderness (see Matthew 4:1-4). His response then was “Man shall not live by bread alone, but by every word that proceeds from the mouth of God.” On the surface, Mary’s request doesn’t seem very much different from that challenge, and we could surmise that this was what prompted Him to say to her:  “Woman, what does this have to do with Me? My hour has not yet come” (John 2:4).

This mother was undeterred. She turned to the servants of the feast and said something powerfully profound and true:  “Do whatever He tells you” (John 2:5).

In my mind, I see Jesus flashing a big smile as He hears Mary speak this declaration of faith. Mothers have a way of getting their way with their sons, especially with their firstborn boys. Jesus did not let her down.

The Son had these servants fill stone jars with water.  A cup from these jars was taken to the party manager to taste. And what he tasted was wine as he had never tasted it before.

Sign 1 completed, and it was seen only by a very few. The wedding feast was rescued, and the singing and dancing and feasting went on as expected. Only those servants – and Mary, of course – understood what had kept that evening from becoming a wreck and a ruin for a man and his new wife and their families.

From the Bottom Up

I enjoy this story because it puts Jesus and His miracle working right in the middle of real, everyday, mundane life. Husbands and wives are joined among all the tribes and tongues of our world. So it has been from the beginning and will be up until the Day of the Lord, said Jesus (see Matthew, chapters 19 and 24, for His words on this).

And His touch on this situation also serves to highlight the Lord’s high view of marriage and family. Jesus, I believe, was more than happy to make sure that this event was nothing less than blessed. Just a small move of God brought a rescue, a relatively small rescue, but a rescue nonetheless.

Consider that He numbers our hairs and bottles our tears. He is aware of every sparrow that flies and every lily that grows in the field. The amount of wine at that wedding mattered, even to Heaven.

Christ does His work at the base of things; from the bottom up, He brings redemption. Nothing is insignificant in the heart of God. Click To Tweet

Christ does His work at the base of things; from the bottom up, He brings redemption. Nothing is insignificant in the heart of God.

Let’s look at the other end of the spectrum and the plea of another mother. We meet this one in the gospel of Mark. She was a Gentile woman, a Syrophoenician, whose daughter lay tormented by Hell. Demons plagued the girl and the mother sought her release from the One who turned water to wine.

“…And she begged Him to cast the demon out of her daughter. And He said to her, ‘Let the children be fed first, for it is not right to take the children’s bread and throw it to the dogs.’ But she answered Him, ‘Yes, Lord; yet even the dogs under the table eat the children’s crumbs’” (Mark 7:26-28).

Again, we could get the hint that Jesus was dismissive of her need — a great, great need in comparison to what happened at the wedding in Cana. What’s up with Jesus? He called His mother “Woman” and here He seemed refer to this desperate mother as one of the “dogs.” Yes, this mother was not Jewish, but did He have to make such a characterization at that point?

Something deeper was happening, however. Jesus, in both cases — small and big — honored real faith, and purposed to show it off to His disciples. And this is the lesson we should take from these mother stories.

What do we believe about Jesus and His power to work for us and with us? All that is necessary is a seed of faith, a tiny seed, a mustard seed, a strawberry seed. Plant what you hear and read from Him in the heart and something will happen. Life will spring forth. It’s a promise from the Lord. See Matthew 17:20.

If weak feelings and desperation begin to get to us, we can cast our cares upon Him. We can have our complaints and our restless moans as Psalm 55 describes them. God will take them. He will listen. He will answer. He will bring peace and contentment. There will be a great gain in us. Listen again to what Mary said of the Son:  “Do whatever He tells you to do.”